Can A Championship Baseball Game End in a Tie? 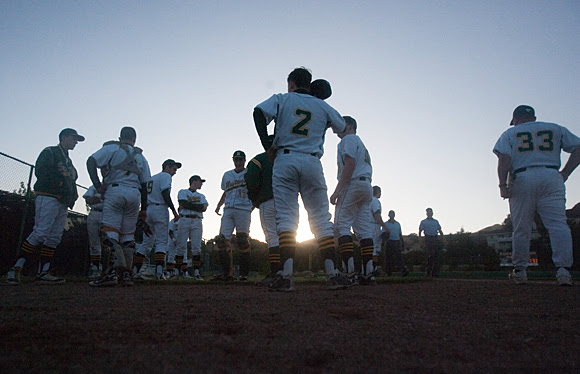 You never know what to expect when you watch a baseball game, whether its a Major League game or a High School game. But the one thing you always expect is that in the end of the day there is a winner and a loser. Well, yesterday, for the first time ever, I watched a baseball game, a championship baseball game, that ended in a tie. 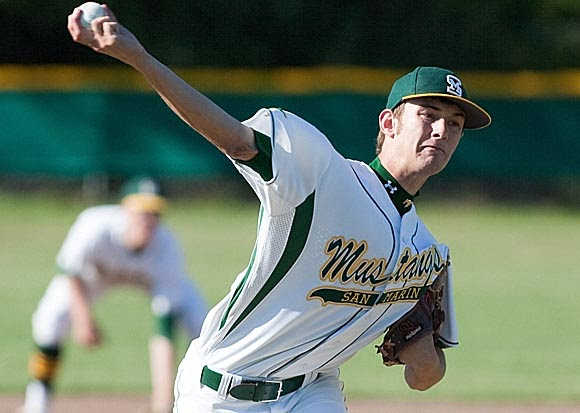 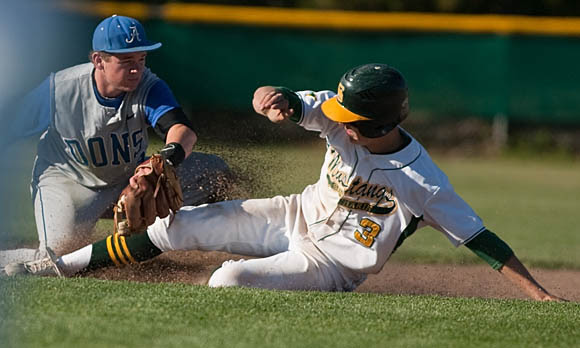 It was a tight affair with both teams going for it. Acalanes took a two run lead into the bottom of the 7th inning (High School baseball games go 7 innings). 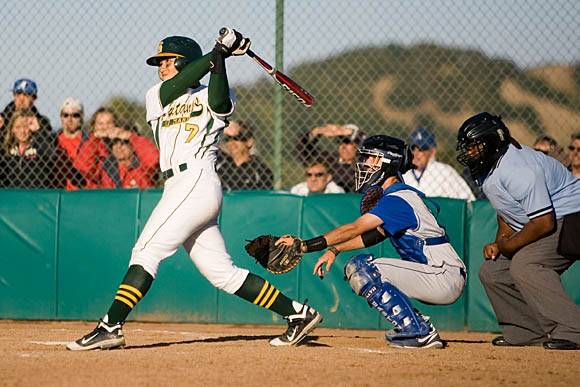 But San Marin put a couple of base runners and Mitchell Ho doubled them in to tie it up. 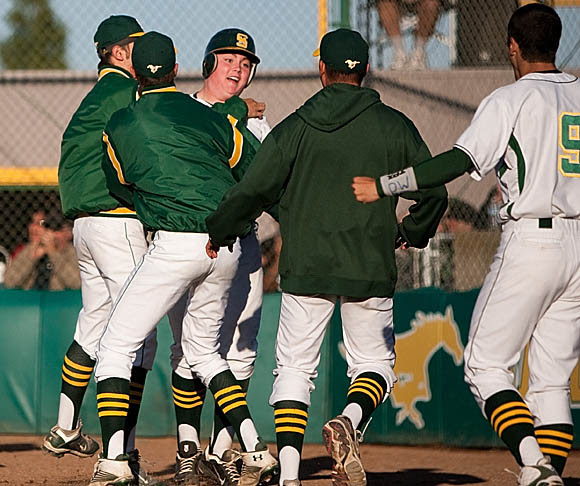 Ryan Schalch scored the tying run and was mobbed by his teammates. Acalanes got out of the inning and the game went to extra innings. From there each team had a few chances... 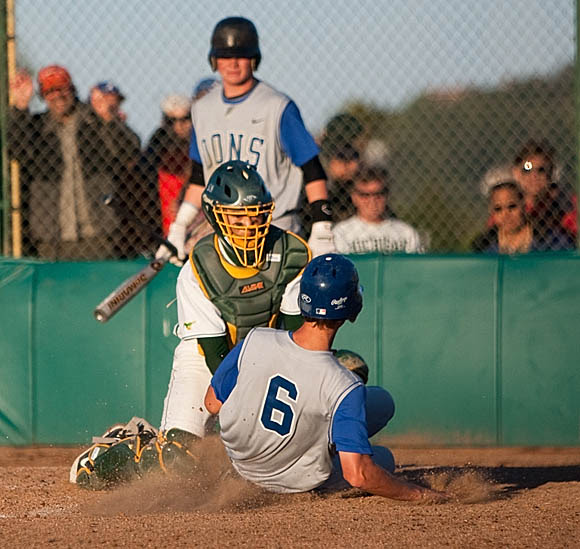 Acalanes had a chance in the top of the 10th inning but San Marin catcher Mitchell Ho tagged out Acalanes Aj Welsh who attempted to score at home. 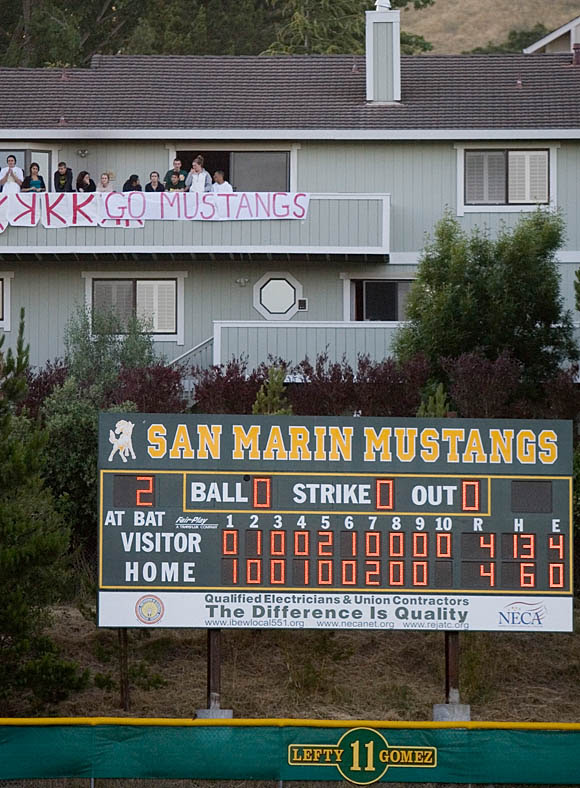 Fans watched the game go into the bottom of the 10th where San Marin was unable to score. At the end of the inning the sun was starting to set and the umpires conferred with the teams head coaches and told them per California Interschoolastic Foundation rules they had to postpone the game because of darkness. 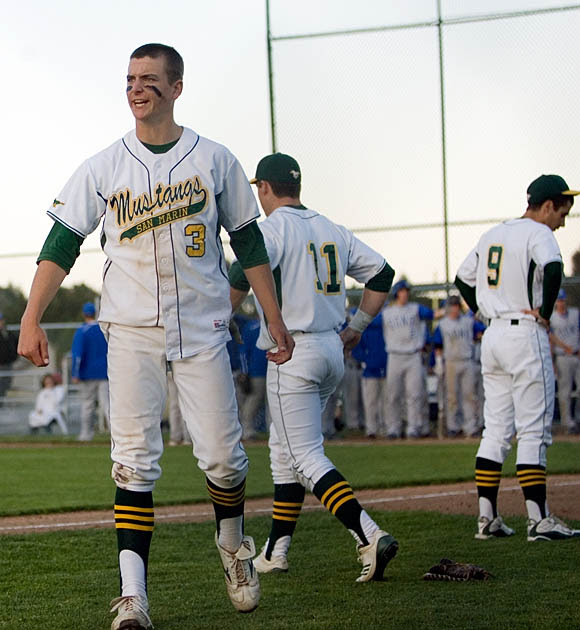 The San Marin team was irate. They were yelling, throwing gloves to the ground and yelling at the umpires. 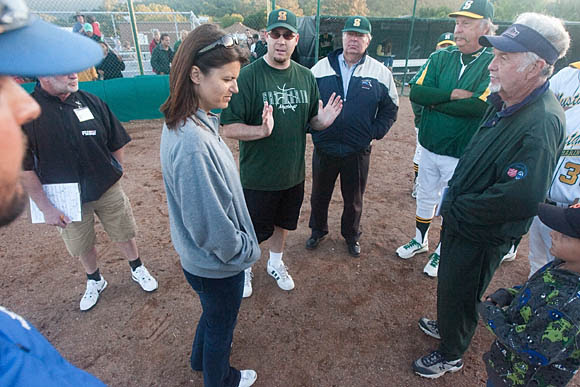 The Athletic Director of San Marin and Acalanes tried to figure out a time to make up the game. At first they tried to resume the game on Wednesday afternoon, but it soon became clear that it wasn't possible. 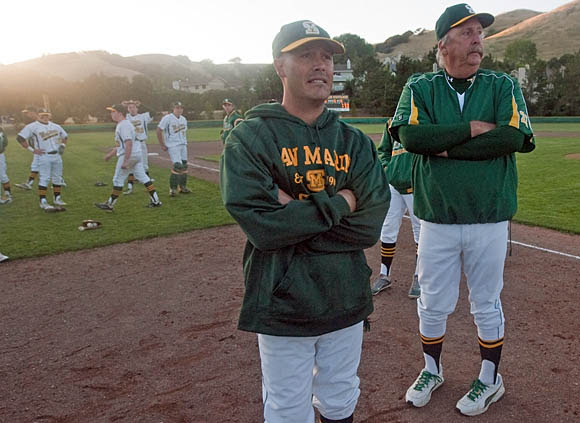 Coaches stood around in frustration... 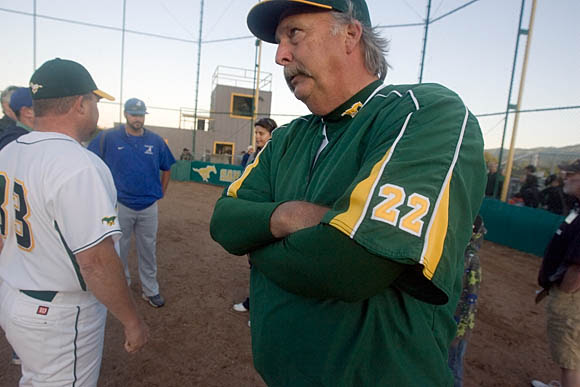 ...and as the negotiations went on it became apparent that it would be hard to reschedule the game because both schools are in the middle of finals. 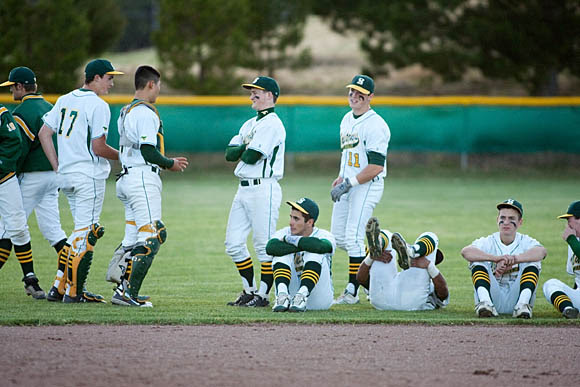 So the San Marin players had to sit around and await their fate. Later on it was decided that the teams would not be able to find a place to play again and they were awarded as co-champions of the Division. I was hoping to photograph that final celebration, or distress, for the team that lost the game but in the end, after watching the two teams battle the way they did, I could live with a draw. Just like an excellent soccer game.

For a more complete write up of the game, click on the Marin IJ story.
Posted by Douglas Zimmerman at 2:19 PM