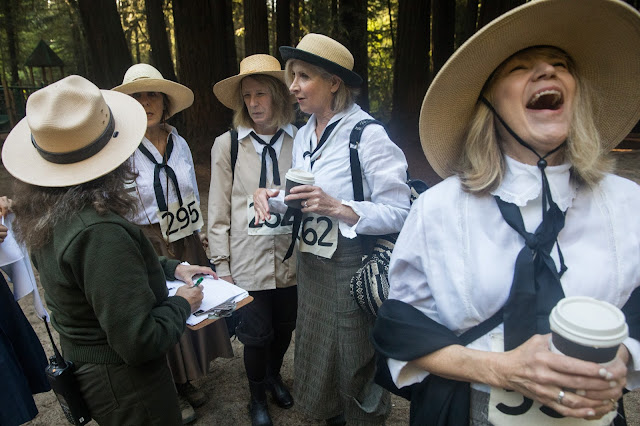 Hundreds of participants took part in a period costume contest and hike to commemorate the 100th anniversary of the Women's Dipsea Hike, which took place on April 21, 1918. 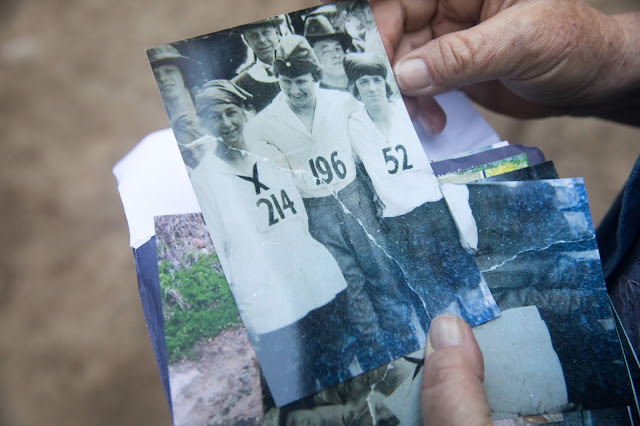 The race was the first ever cross-country race in the country for women and had to be called a "hike" because races for women were not allowed in the United States until the 1960's. 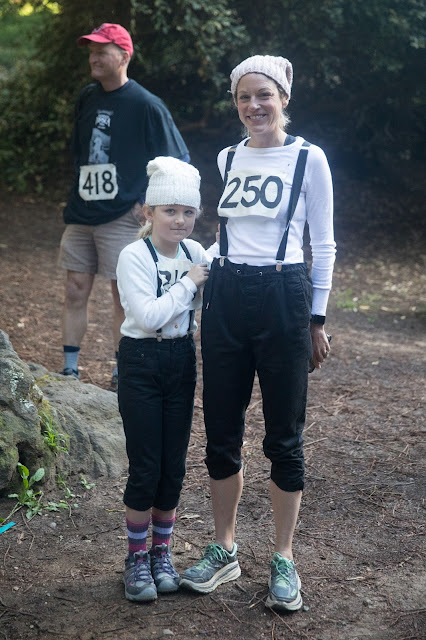 The race attracted participants of all ages. 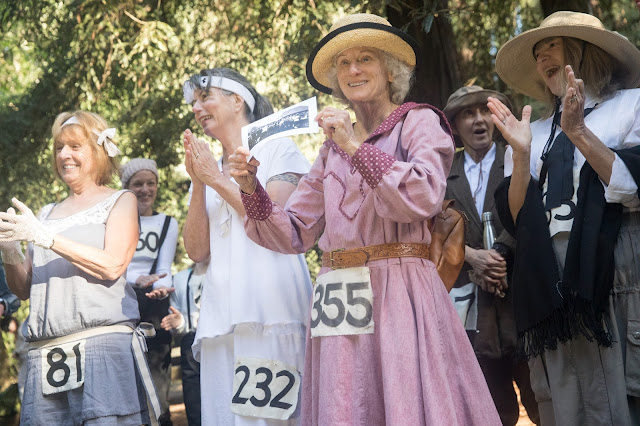 The period costume contest before the hike had some impressive entries... 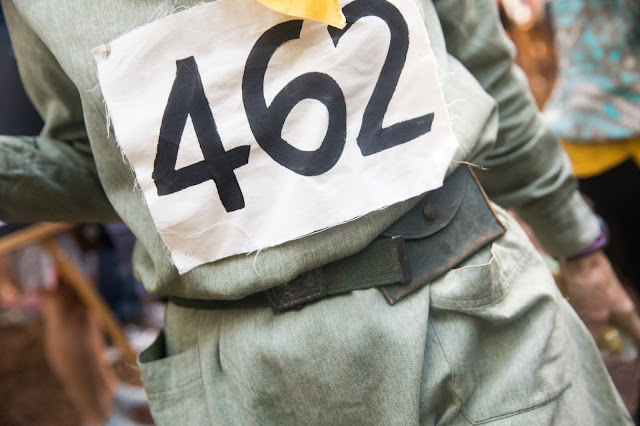 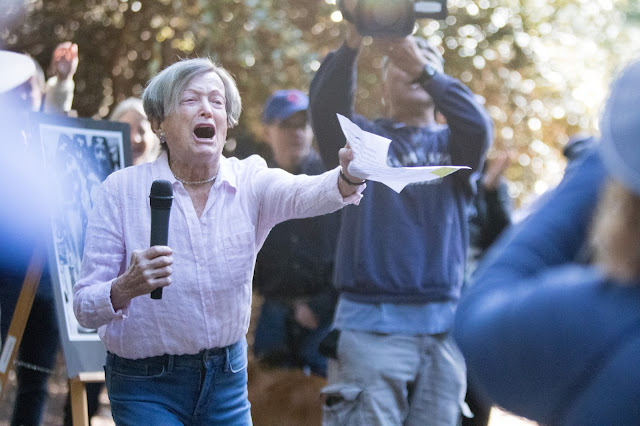 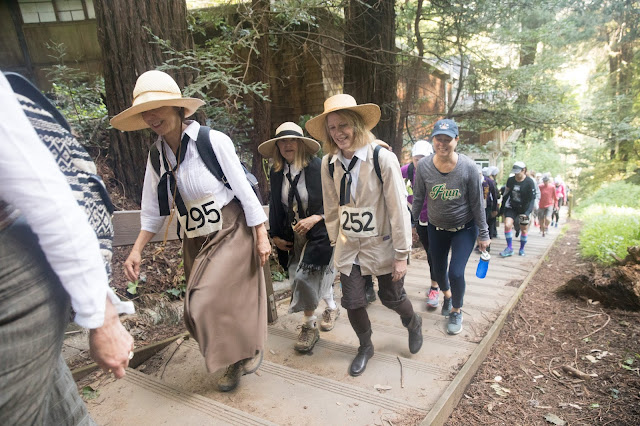 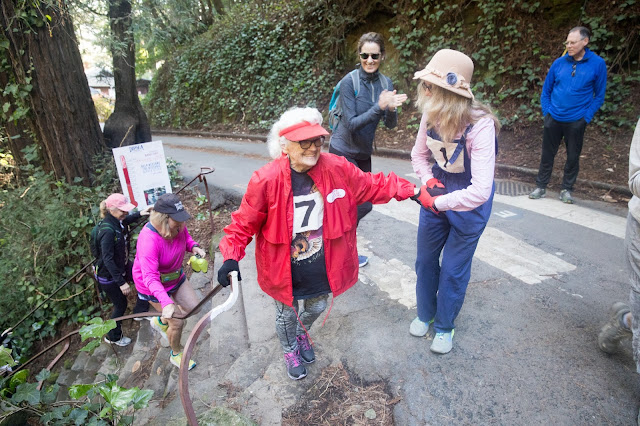 Mary Etta Blanchard, right, winner of the Dipsea race in 1973, took part with her mother, Mary Lucille Boitano. Boitano is in her 90's!

To read more about the race, please click on the Marin IJ article.