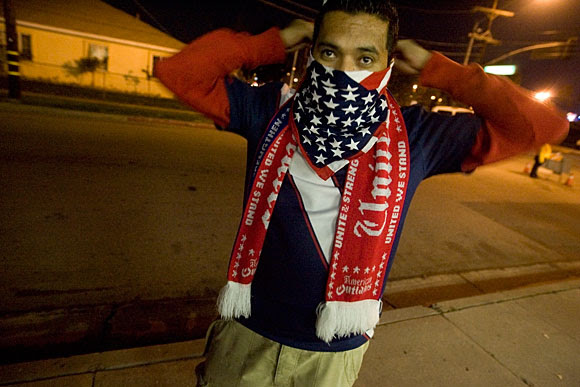 After a 5 month break, the USA national soccer team returned to action for the finale of "Camp Cupcake" playing Chile at the Home Depot Center in Los Angeles. The team and the USA fans were ready for the game. 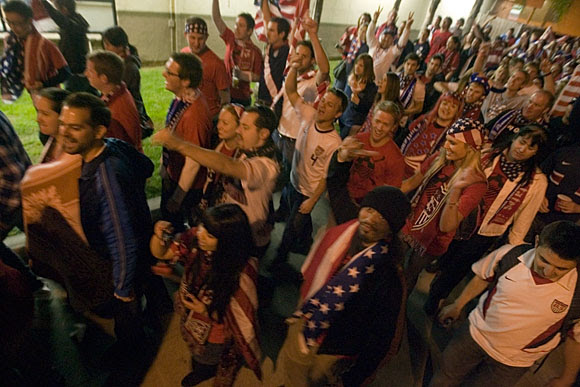 The crowd at the game this year was by far the largest pro-USA support group I have ever seen for the January friendly. Thanks largely to the organization of the American Outlaws, a group of around 200 USA fans marched into the stadium. 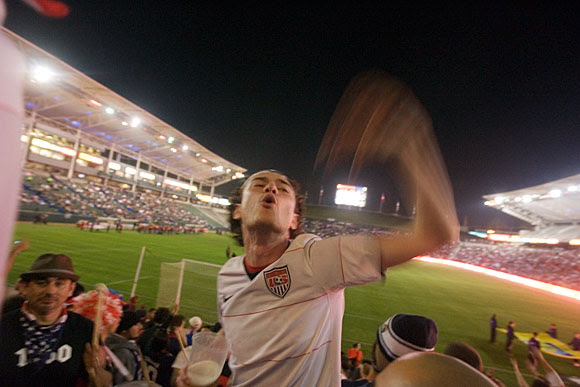 The chanting and cheering started well before the game... 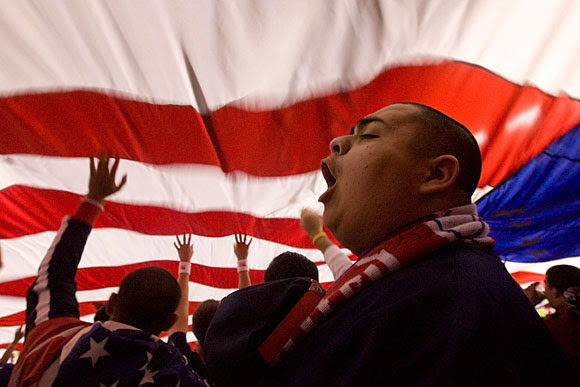 ...and the supporters were singing their guts out even before the action started. 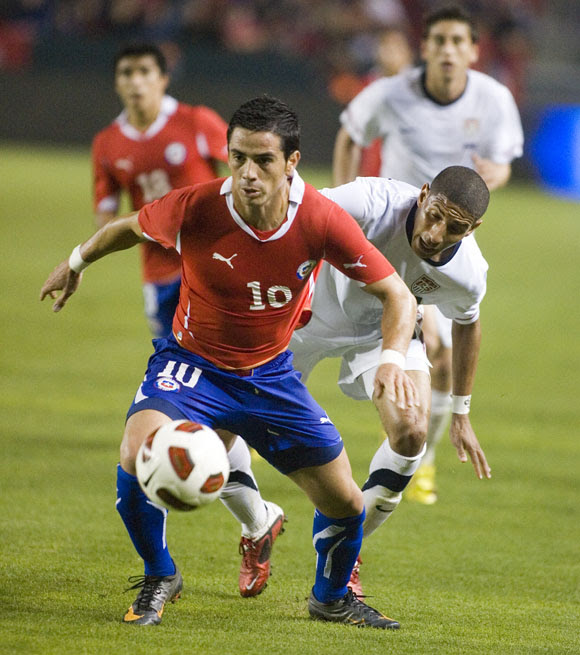 It was a fun game, between the nation's two "B" sides; essentially a bunch of young players trying to impress their head coaches and make it onto the national team's roster. 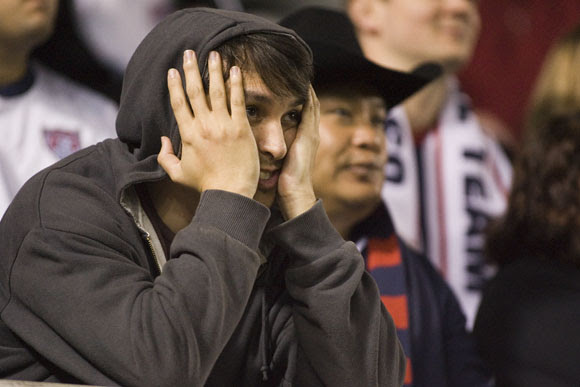 Chile scored a goal early in the second half, to the dismay of the USA fans.... 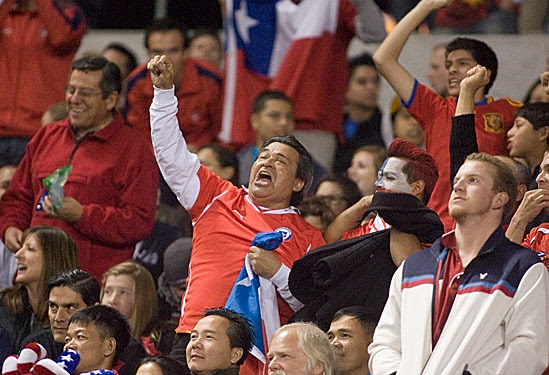 ...but the cheers of the Chile fans that made it to the match. 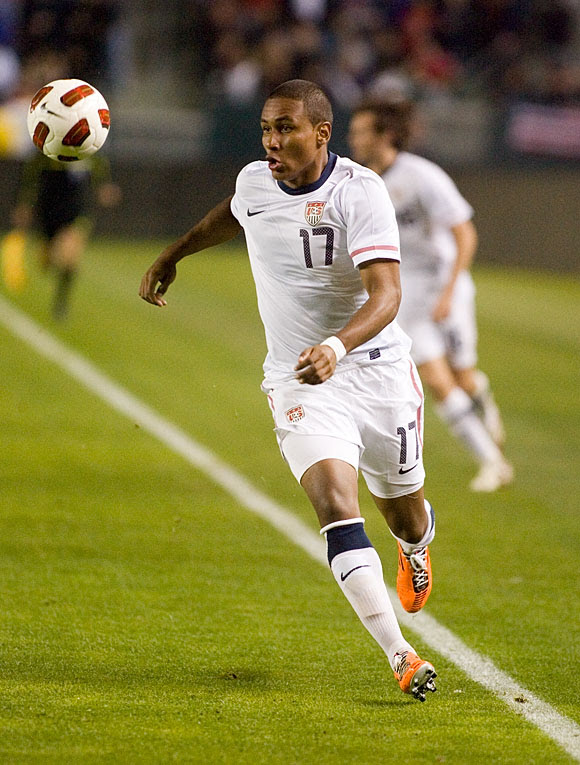 But with the introduction of Juan Agudelo... 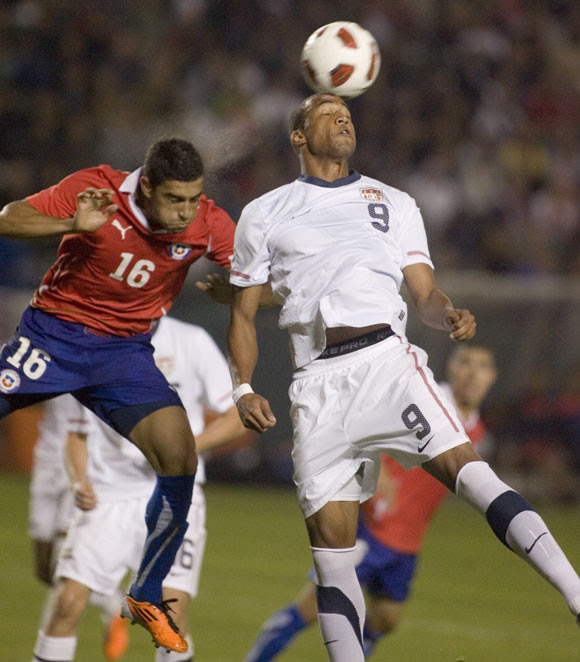 ...and Teal Bunbury up top, the USA put the pressure on the Chile defense. 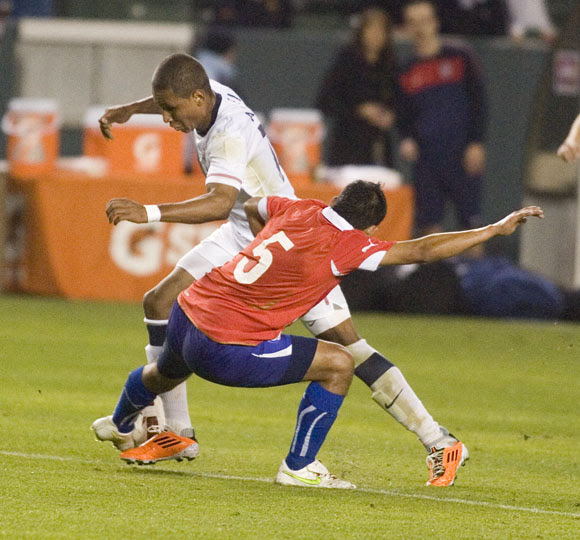 It finally cracked when Agudelo broke through the penalty box and was fouled by a Chilean defender. 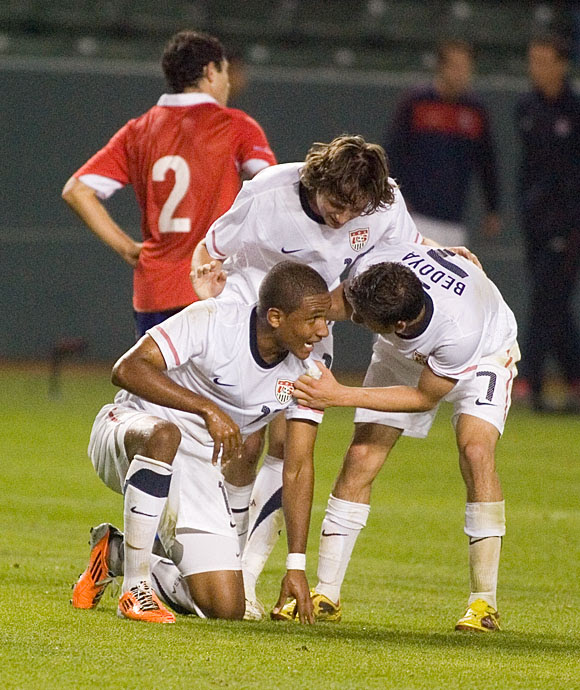 And received congrats from his teammates. 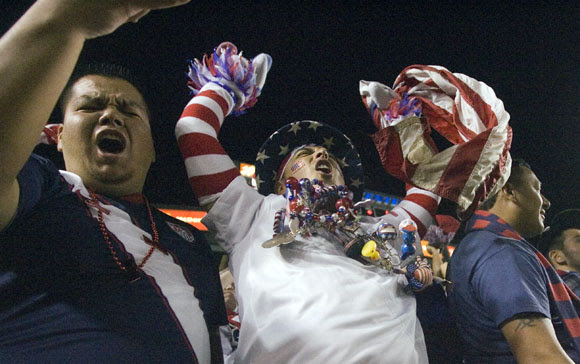 The fans celebrated Bunbury's penalty goal and the game ended up a draw: 1-1. 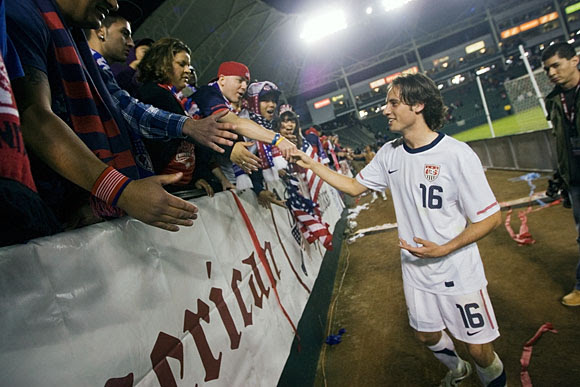 A good result and a great chance to see some of the new talent on the USA Men's National Team. Afterwards Mikkel Diskerud said thanks to the fans who made it out for the friendly. A good showing for the team and the USA fans to start the new year. When is the next game again?
Posted by Douglas Zimmerman at 9:23 AM No comments: