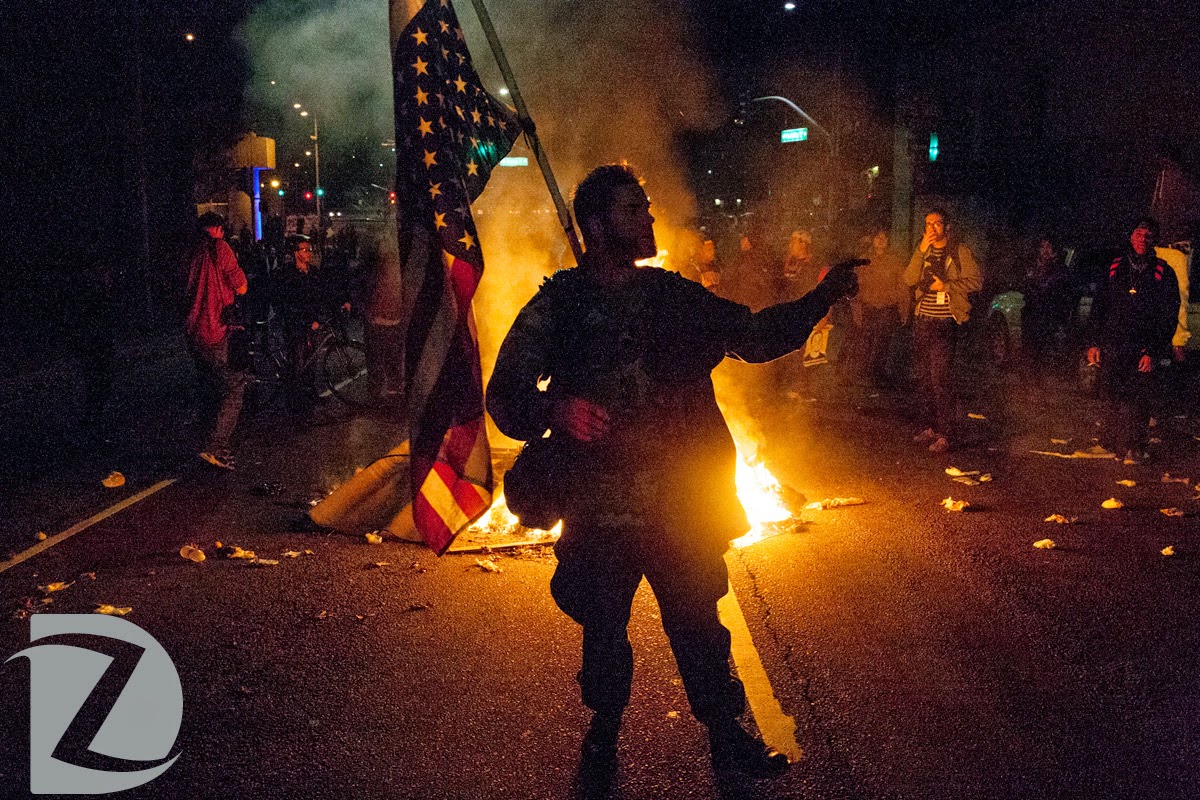 Sometimes as a photojournalist you have to find the news, and sometimes the news finds you. 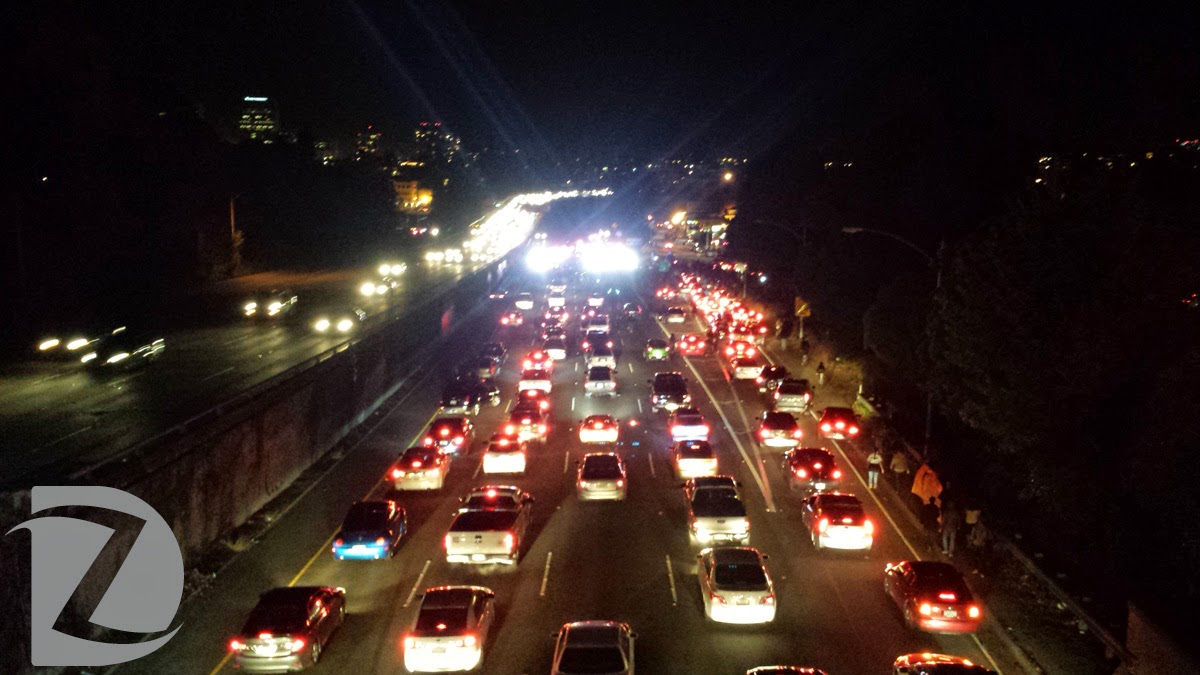 On Tuesday evening I was Thanksgiving shopping at Trader Joe's in Oakland with my wife. The store suddenly was closed down around 8:30 pm because of protest about the grand jury not indicting a police officer in the killing of Michael Brown in Ferguson, MO. We checked out and exited and found that right outside the store protesters had blocked I-580.  My photojournalist instincts kicked in and I grabbed this shot from an overpass with my cell phone. I emailed it into the SF Gate, who retweeted the image.

I knew I had to continue photographing the protest with my cameras so we went back home I grabbed my gear and walked back to the protest on the highway. 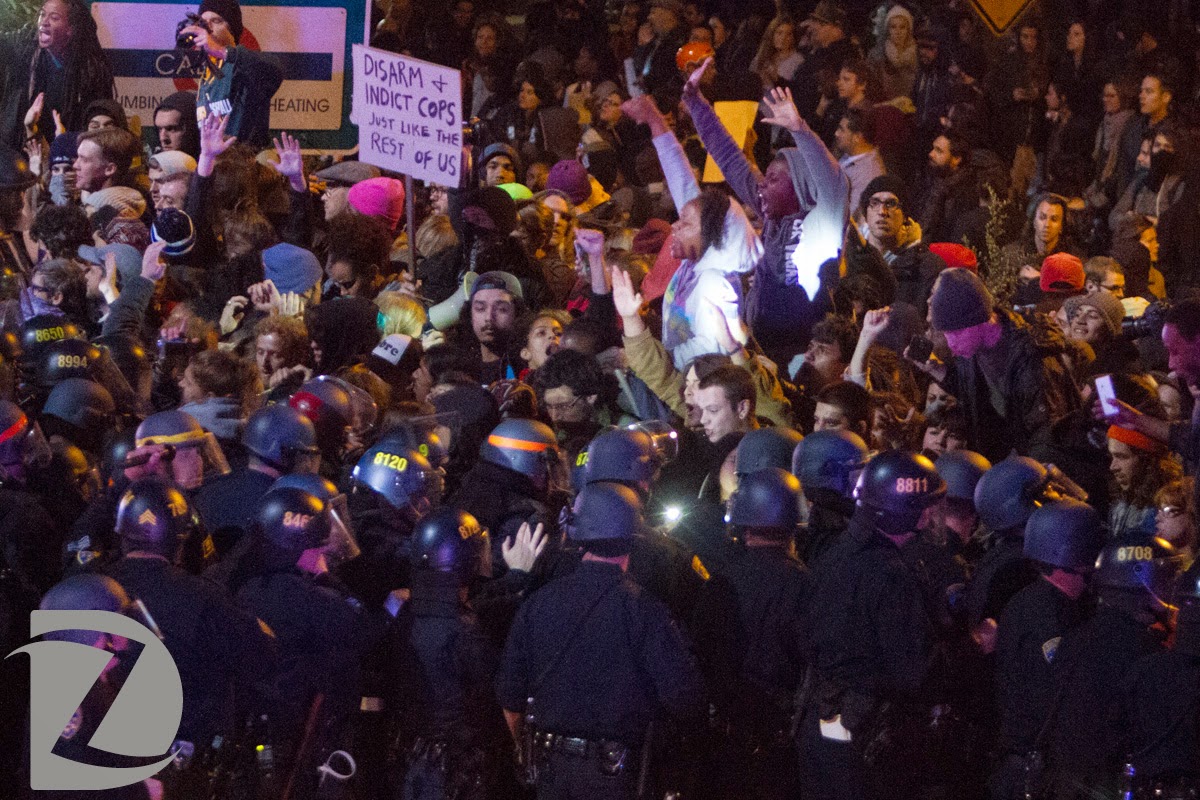 When I got back the protesters had moved down I-580 to the Grand Ave. exit.  There a force of riot police officers gathered to push off protesters who had stopped traffic on the interstate. 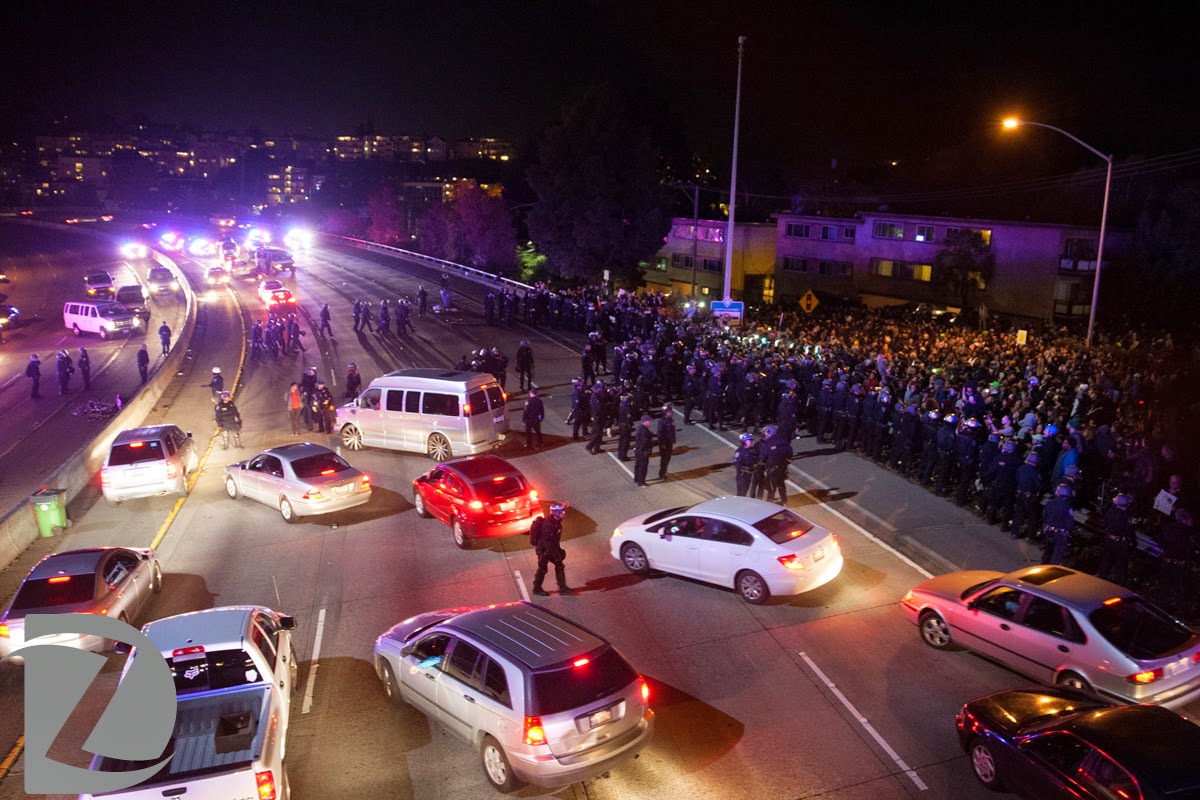 After the protesters had been pushed off the freeway, the cars were able to move on. 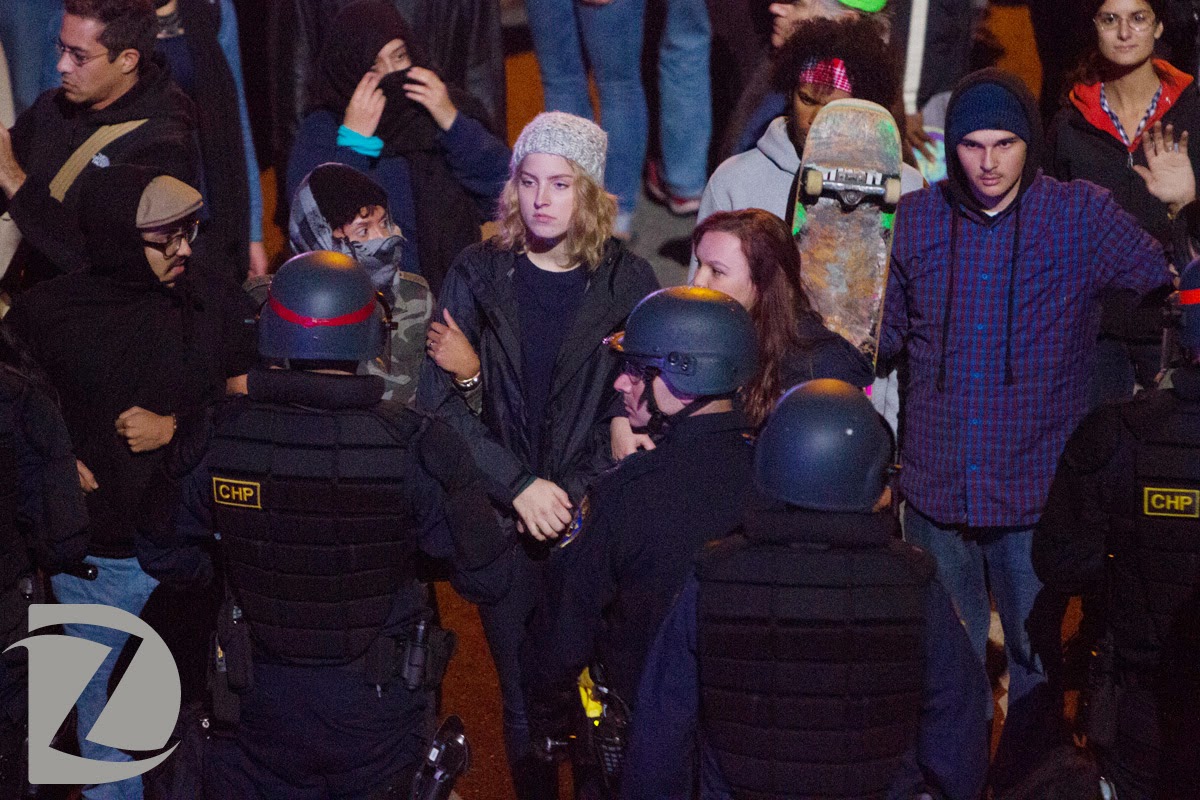 Some protesters tried to stop the police from moving them away... 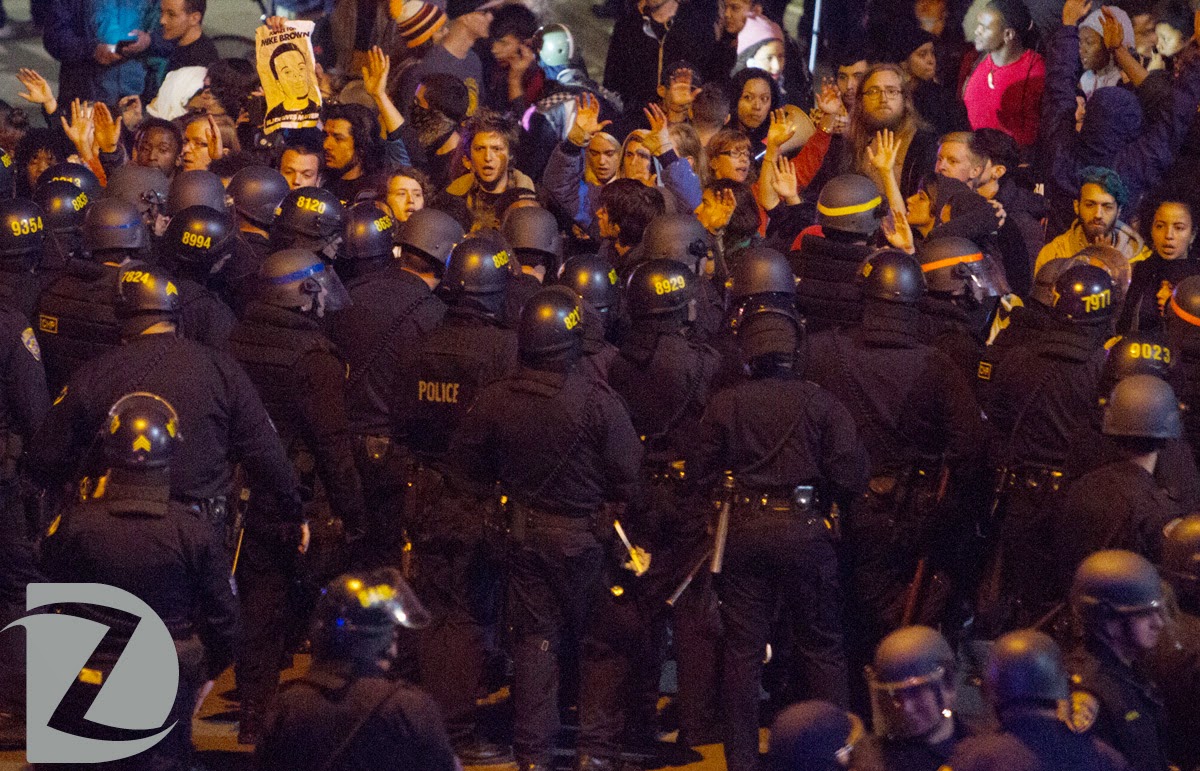 ...using the chant "hands up don't shoot." But the police moved them back. 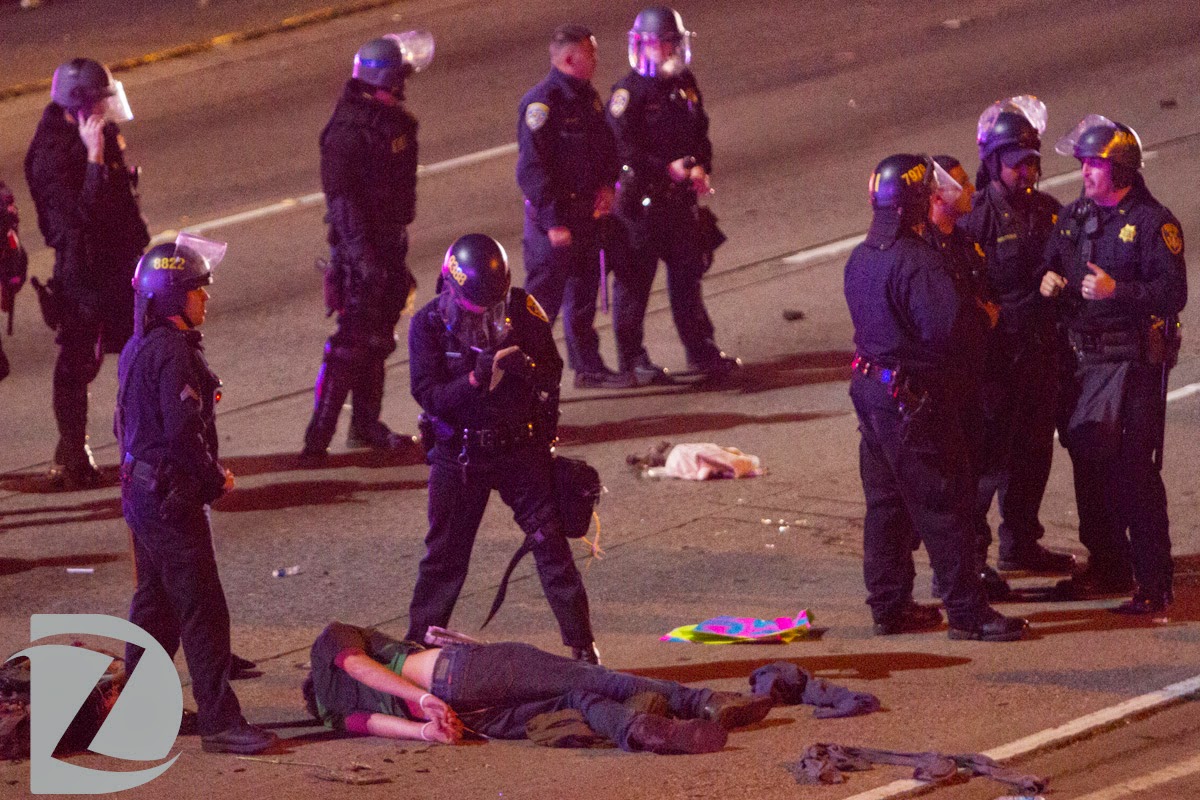 But some protesters didn't move quickly enough and were arrested by the police officers. 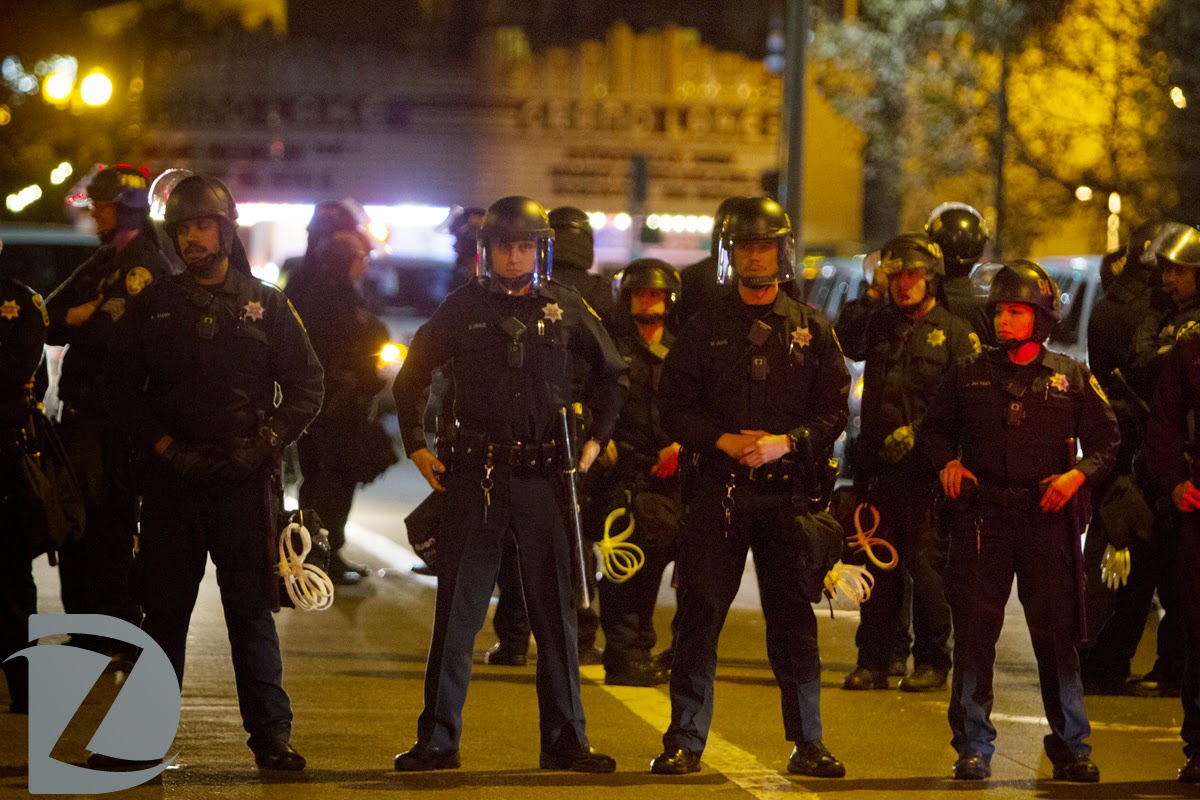 Down below on the streets a line of police officers stood to disperse the protesters. 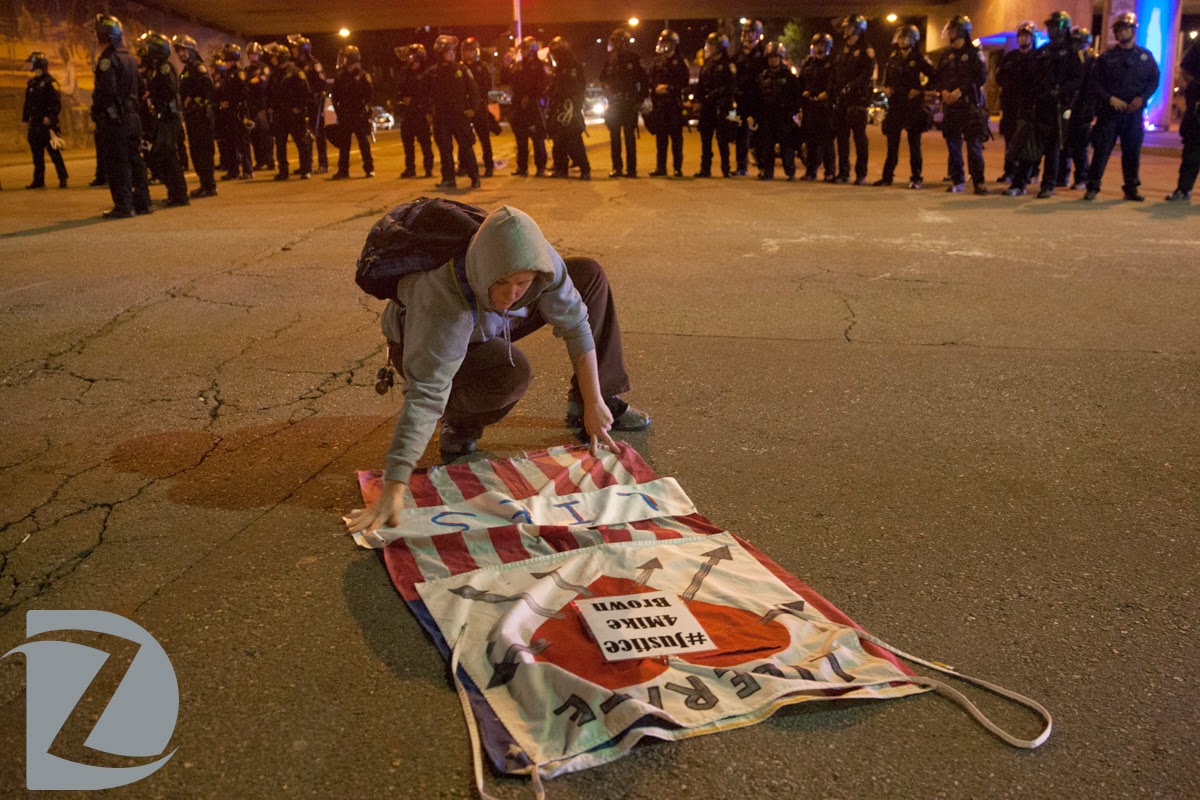 A few protests continued on the streets, and ended up getting violent in downtown Oakland.  However I had to head home to file some photos right away for the SF Gate.  After all it was only a short walk away.

Posted by Douglas Zimmerman at 1:05 PM No comments: