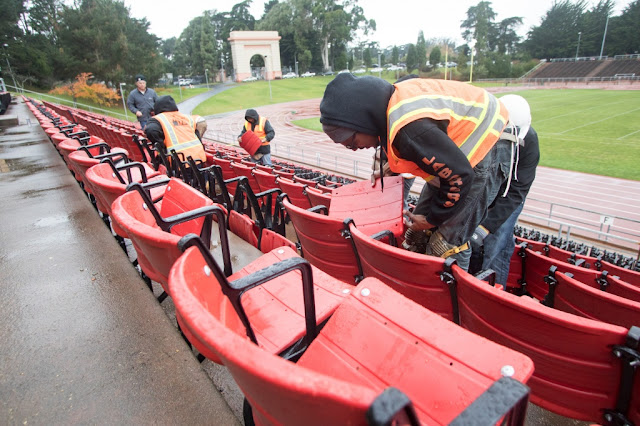 San Francisco is reclaiming some of its professional football history thanks to the city’s new professional soccer team.

More than 3,800 Candlestick Park seats from the former home of the San Francisco 49ers are being installed during the next two weeks at the team’s original SF home, Kezar Stadium. They’ll join the Candlestick seats already installed at Kezar during stadium improvements in 2014 and 2015. 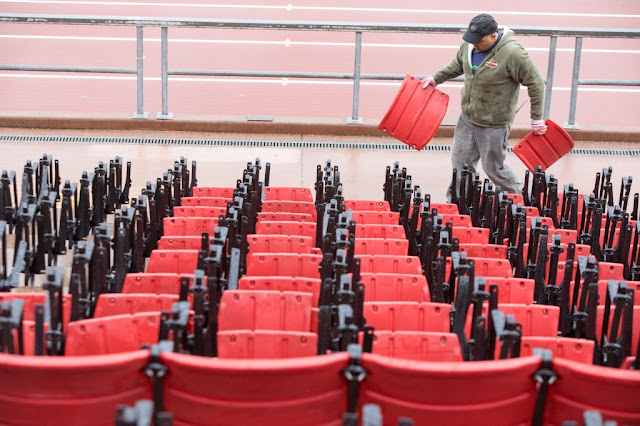 The seats were acquired by the San Francisco Deltas, which won approval earlier this year to play its home games at Kezar Stadium from the SF Rec and Parks Department. The pro soccer team will start its inaugural season with a friendly against the San Jose Earthquakes in February. 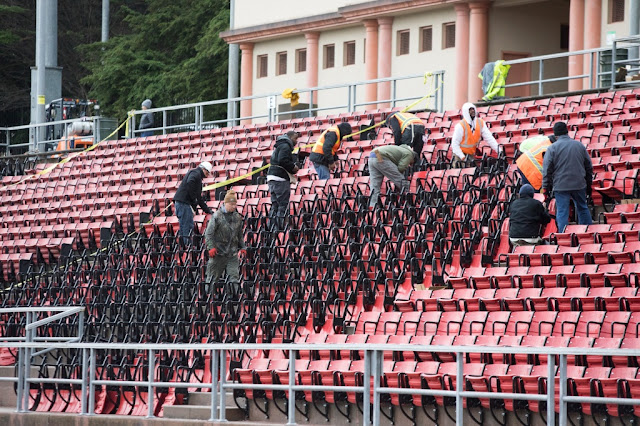 The new seating is part of $1 million in improvements the team agreed to make to use Kezar Stadium.
Although the seats ended up costing being double the estimate, Deltas CEO Brian Andrés Helmick felt it was the right choice. “We have to make decisions as fans,” he said. “We are fans first.”

To read the rest of the story and see a video click on my SFGate Story.
Posted by Douglas Zimmerman at 6:30 PM 1 comment: