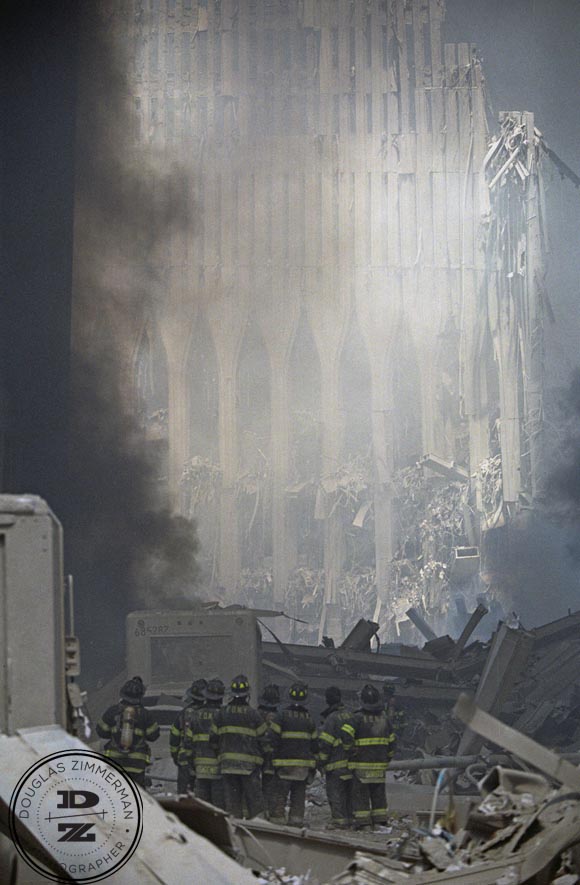 With the 10th anniversary of the Sept. 11, 2001, terror attacks, I recently scanned in my negatives of the photographs I took ten years for a magazine request. It's amazing how much of what happened that day shaped my life. 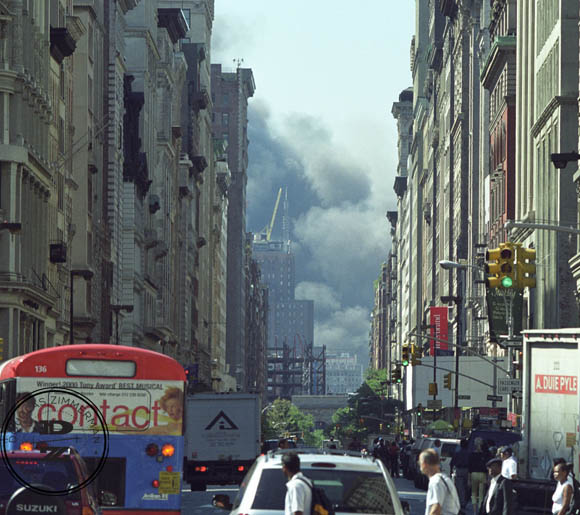 In 2001 I was working days as a photo editor at Fortune.com and the evenings as a photo producer at NYTimes.com. The night of Sept. 10th I stayed late at the NYT Digital offices working till about 3 in the morning before biking home.


I was sound asleep when I started receiving repeated calls shortly after 9 am in the morning. I ignored the ringing phone for 20 minutes before I woke up and answered the call. It was my ex's father calling to see if we were o.k.


I asked him what he meant?

I turned it on to see the image of the plane hitting the Twin Towers. I then looked out the window of my Upper East Side Apartment, and all I could see was smoke coming from downtown. After that, I texted my ex to see if she was OK. Even though I had not shot a news assignment in a few years my photojournalist instincts kicked in. I jumped on my bicycle, bought ten rolls of film and peddled south towards the World Trade Center.

I biked through Central Park past workers streaming home. I stopped by the Fortune offices where I also worked in midtown. "Go home," my boss said. 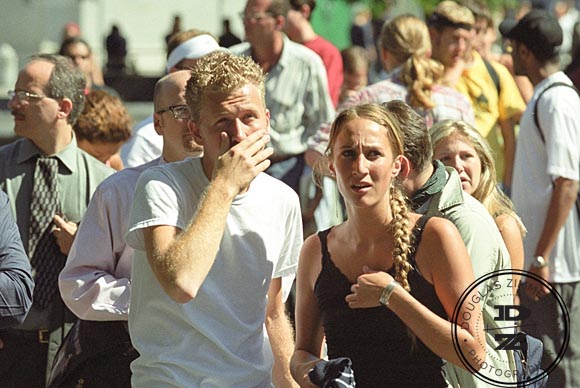 Instead, I continued biking south to Union Square where I shot this photograph. 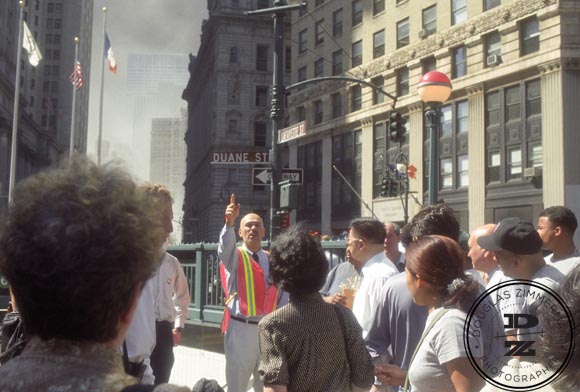 By this point, both of the Twin Towers had collapsed, and the cops started to cordon off the south part of Manhattan, directing everyone to head north. 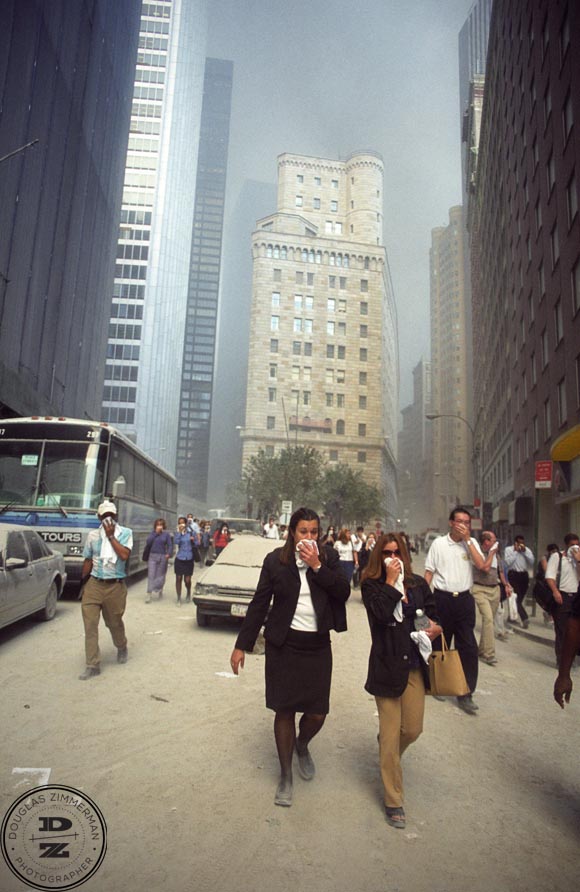 There was one road where evacuees were escaping from Lower Manhattan on the east side of the isle. When a cop turned his head, I biked past him and towards the World Trade Center. 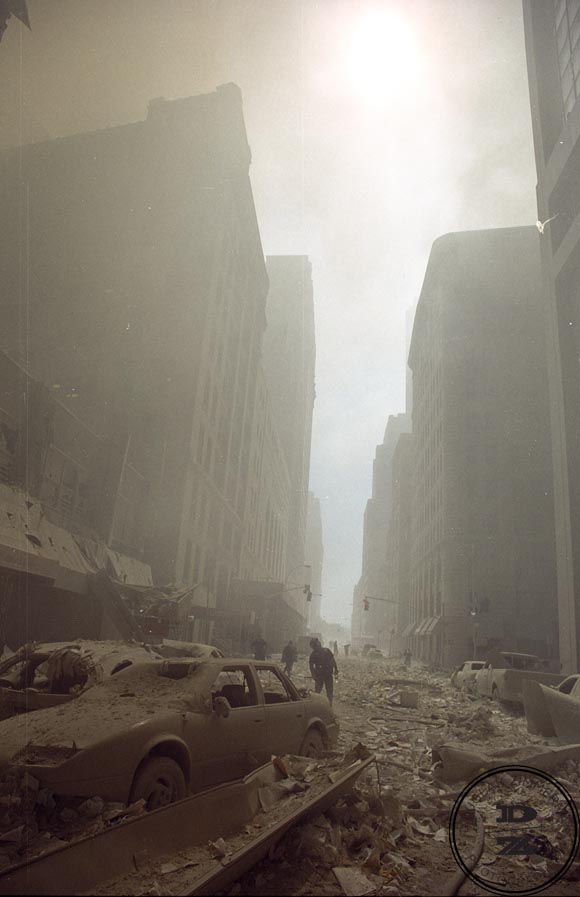 I never could've imagined what I saw. 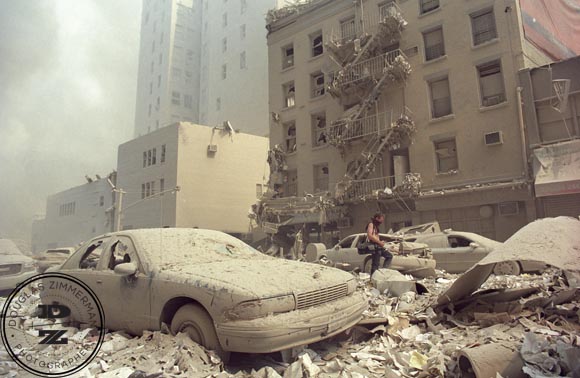 It was utter devastation. In New York City. 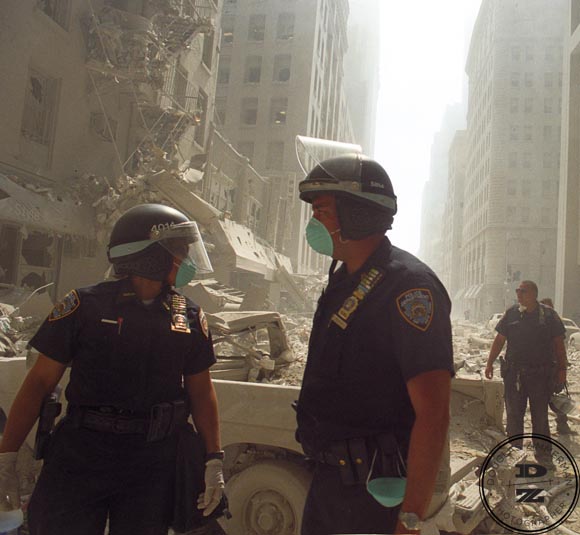 I was shooting, but I was really in shock. My initial photographer instincts were overwhelmed by what I saw before me. 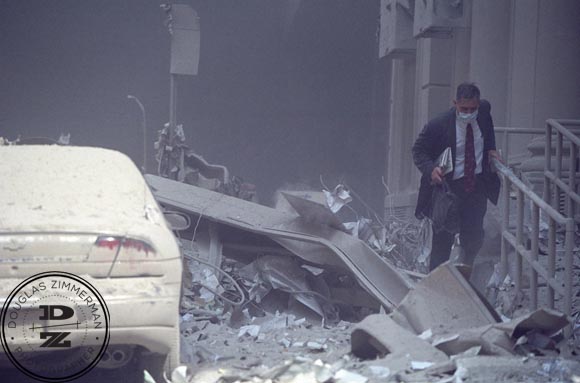 People climbing over a debris and destruction... 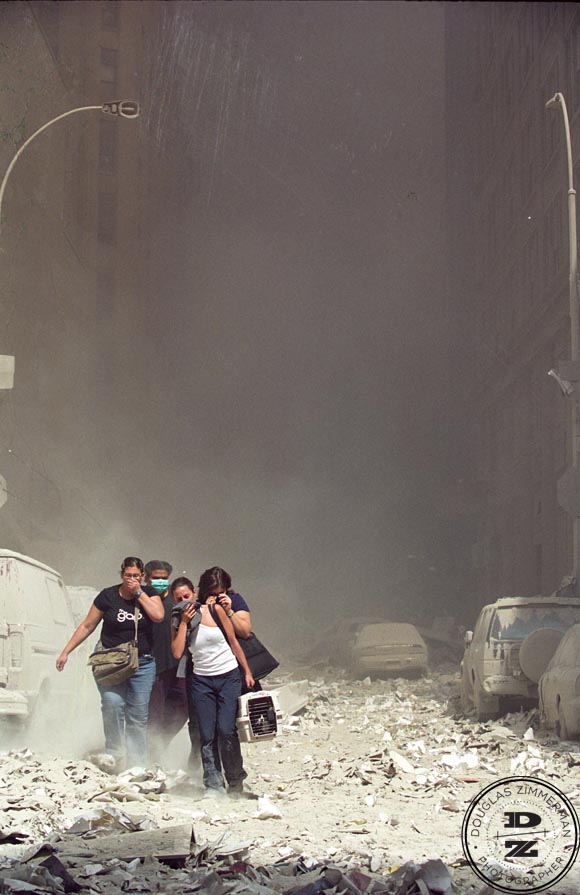 A group of friends carrying their cat away from the disaster, only taking a moment to ask me how to get away. 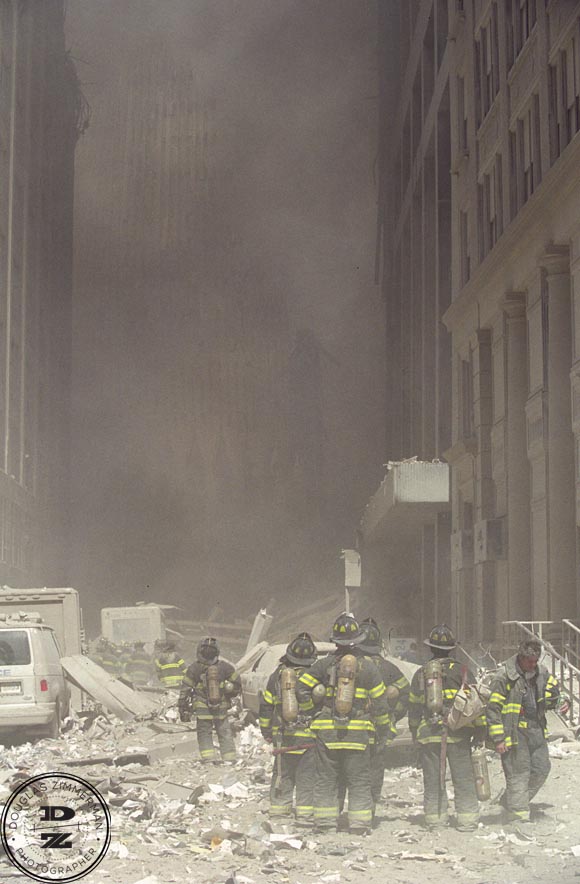 I ended up on Greenwich Street south of the Twin Towers. Even though I was just a block away, you could not see anything but black smoke. But at that moment the smoke cleared and you saw what remained of the World Trade Center.

It was the twisted outer shell of one wall of the south tower of the World Trade Center. I can't say I really knew what I thought. I just stared in disbelief. I started having problems breathing at that moment.  An incredible security guard nearby gave me some paper towel to wrap around my mouth and help with my breathing. 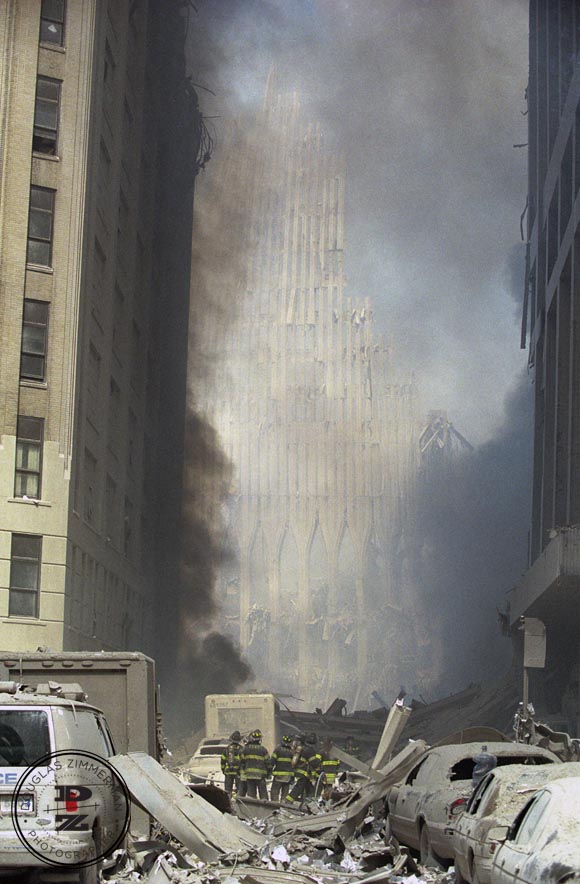 I was exhausted by that point. My film was running out, and I figured I should head off to the New York Times building to see if the website could use some extra help.

After biking uptown via the West Side Highway, I made it to the New York Times Digital offices. My boss told me to drop off my film first at the NY Times photo department offices which developed them for me (I still can't believe how orderly the photo department was on this day handling the disaster). I then went to work.

The island of Manhattan was shut down from the outside world, so I was the only photo producer for the website that was available to work. I ended up working a 24-hour shift from two in the afternoon on 9/11 till two in the afternoon the next day. Finally one of the other producers from Brooklyn was able to make it into the offices and replace me.

The next few months in NYC seemed unreal. I still get a pit in my stomach thinking about it, and the tragedy and fear were as ever-present as the smell of the burning remains of the World Trade Center.
Personally, I realized that day I wanted to be someone who told the story through their photographs. I wasn't prepared that day to be a real photojournalist and cover such an important event and needed to work as a photographer and not an editor.

That realization made me leave the New York Times website several months later and start my career from scratch as a professional photographer. It's a decision I never have regretted.
Posted by Douglas Zimmerman at 11:38 AM 3 comments: