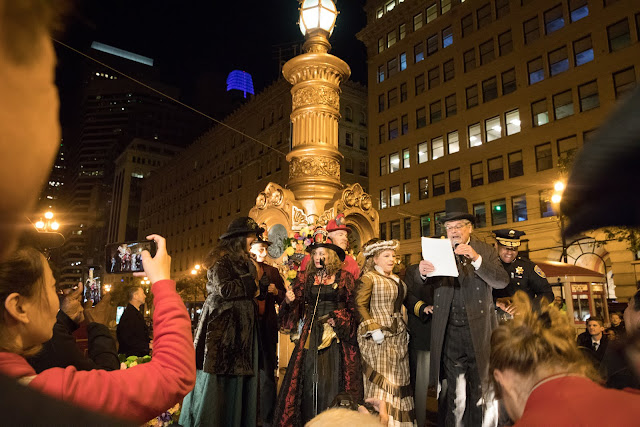 It is traditional for the mayor of San Francisco and other city department heads, including the police and fire chief, to make an appearance at the annual ceremony. However, for her first time at the annual event as San Franciso's mayor, Breed joined many others who participants attend the event dressed in early 1900's clothing. 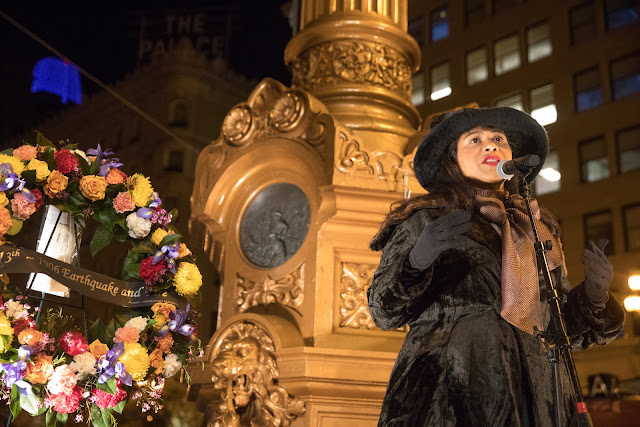 The mayor's outfit included a period-style full-length dress, velvet jacket, and hat. The 1906 earthquake struck at 5:12 am on the morning of April 18th - one hundred and thirteen years ago. The resulting damage and fires caused by the magnitude 7.9 quake took the lives of over 3,000 people. The Mayor honored the survivors and the first responders of the earthquake.

"We learned about the resilience of our city and how we bounce back, we rebuild, and we make sure that San Francisco is better and stronger than ever," Breed said. 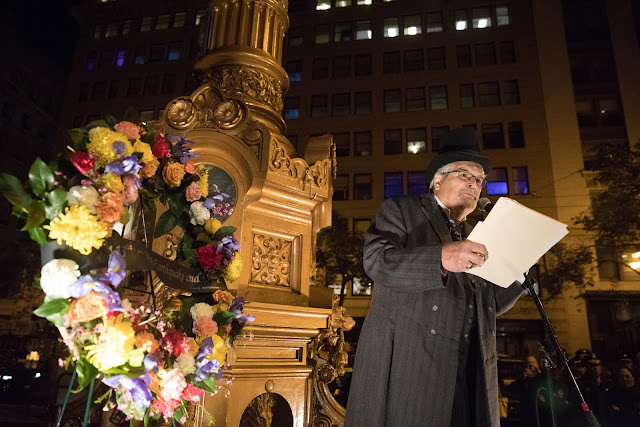 Master of Ceremonies Bob Sarlatte led off the remembrance with a timeline of the day. After Breed and other city officials addressed the crowd, they hung a memorial wreath on the fountain. Then a moment of silence followed by a fire siren that blared at the exact time the earthquake struck the city. 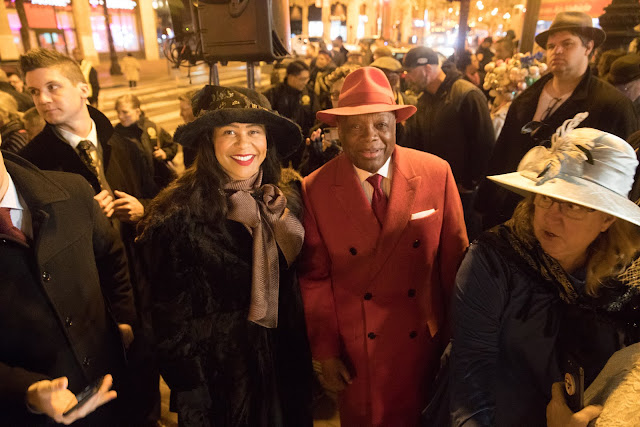 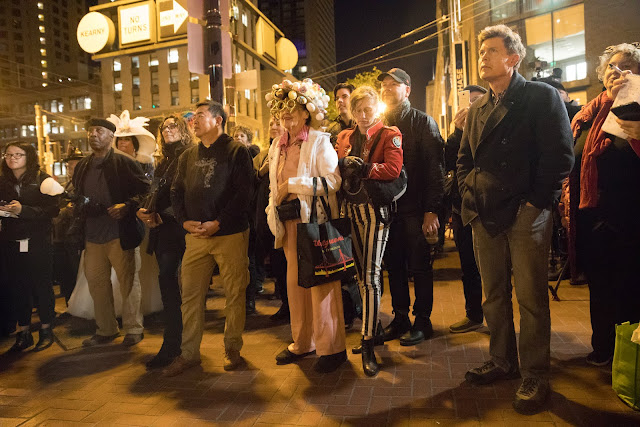 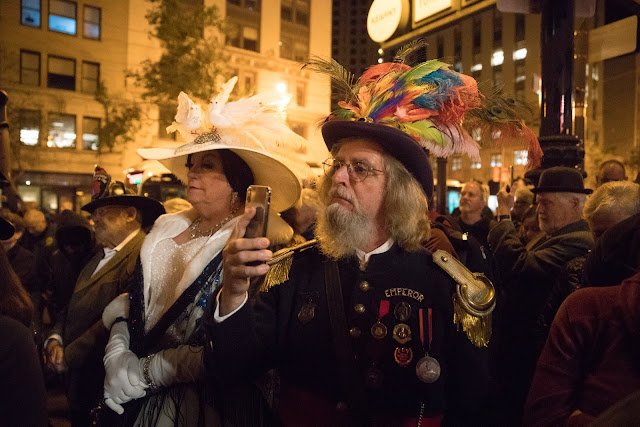 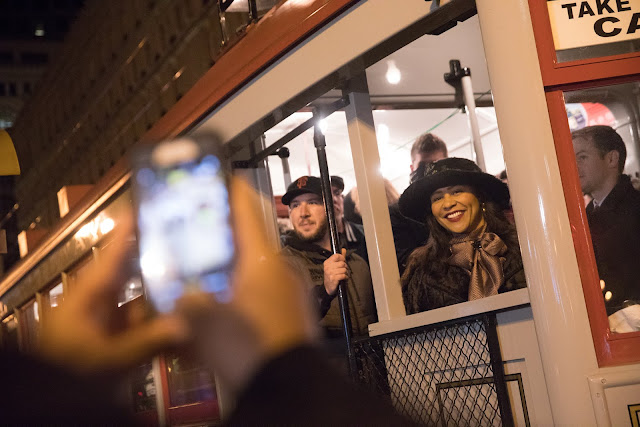 The gathered finished off the event joining together with a singing a rendition of the theme from the 1936 film 'San Francisco.' Some people, including Mayor Breed, then boarded a streetcar to paint the 'Golden Hydrant' at 20th and Church streets. It was one of the only hydrants that still worked in the Mission and helped save the District.
Posted by Douglas Zimmerman at 12:24 PM No comments: