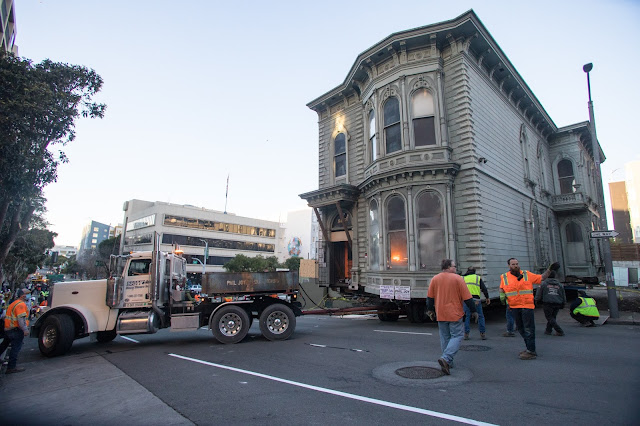 It's not every day you get to see a Victorian house moved from one location to another.  The Victorian home, located on Franklin Street was moved to its new location to Fulton Street. 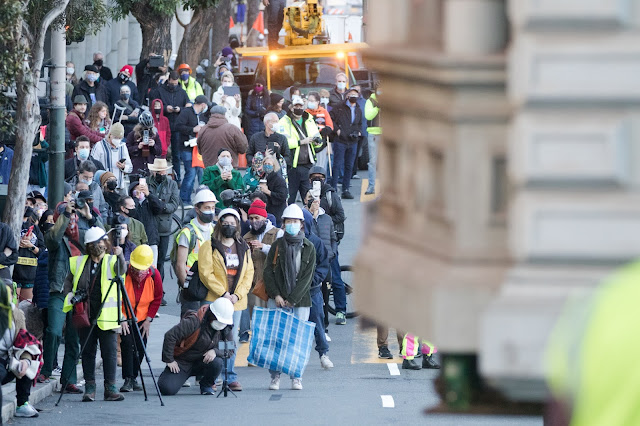 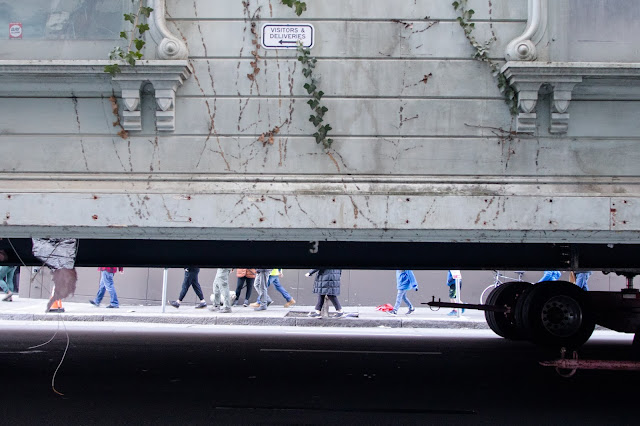 And walked with it as it made it's way through the street. 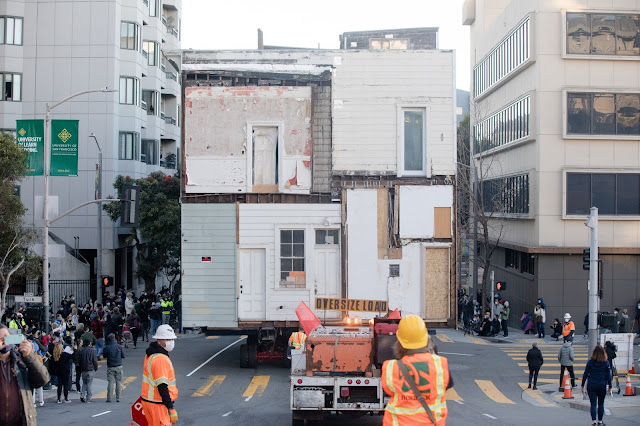 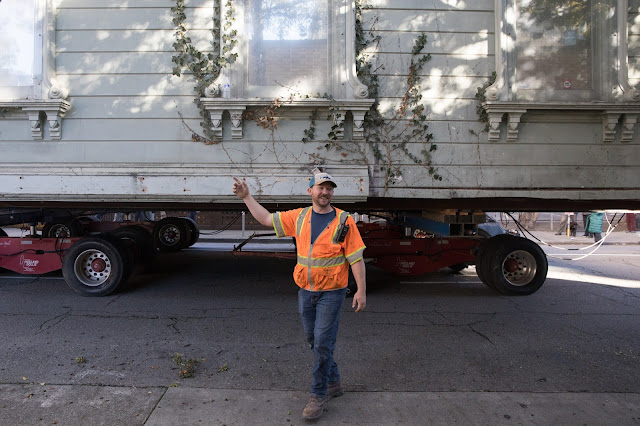 The workers safely moved it despite a number of obstacles. 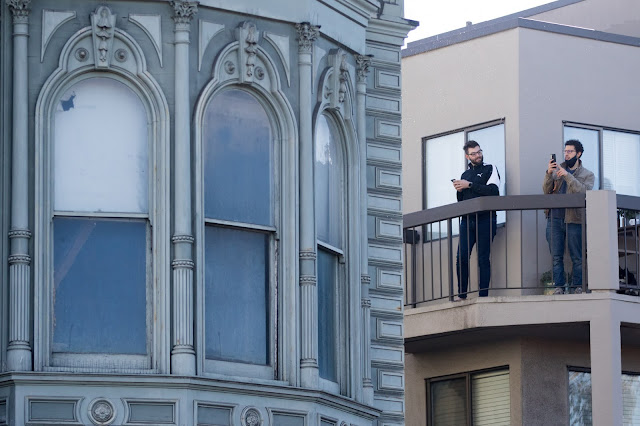 And people watched from their patios. 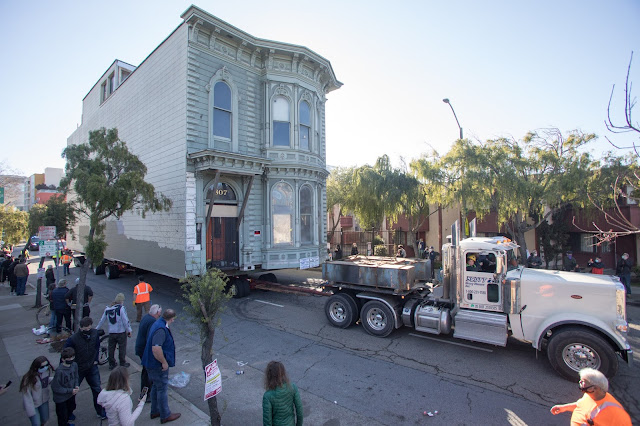 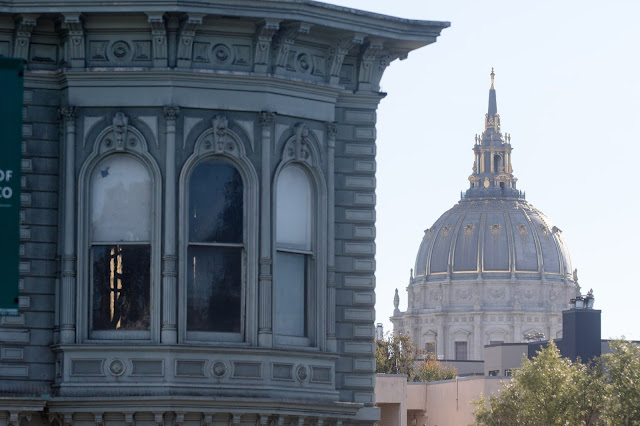 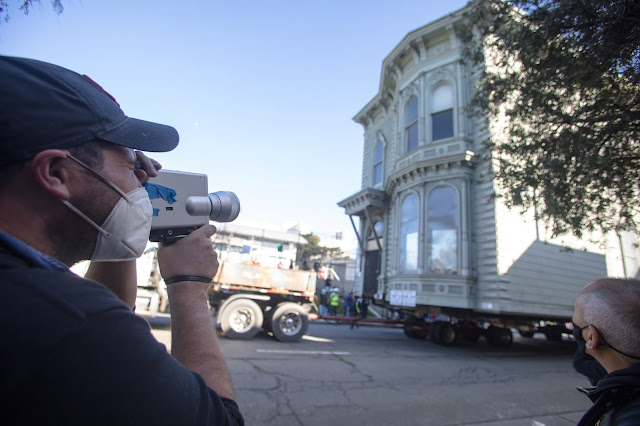 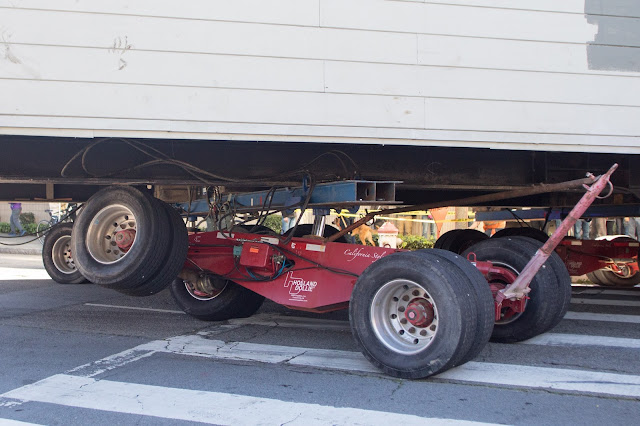 One of the hydraulic wheels rises off the ground while going around the corner. 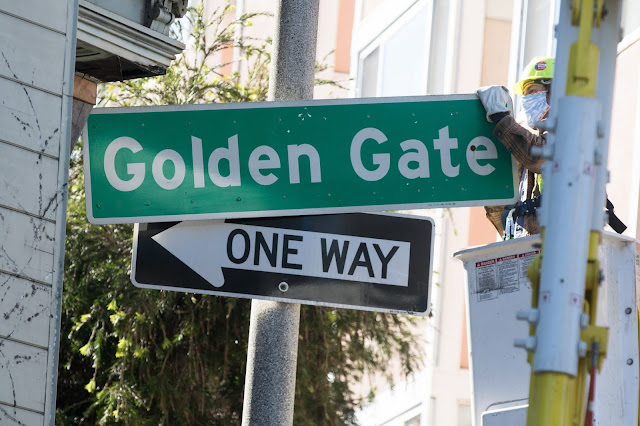 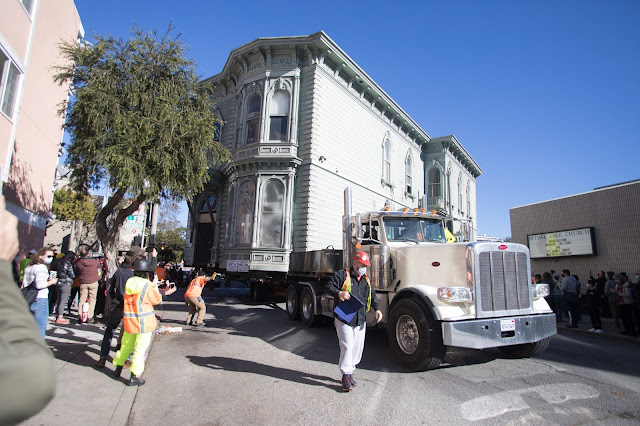 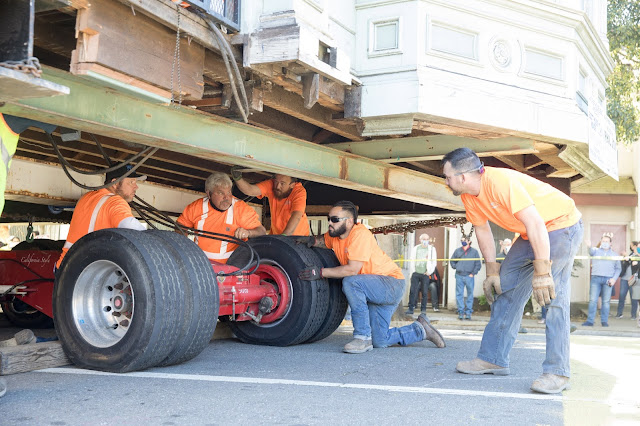 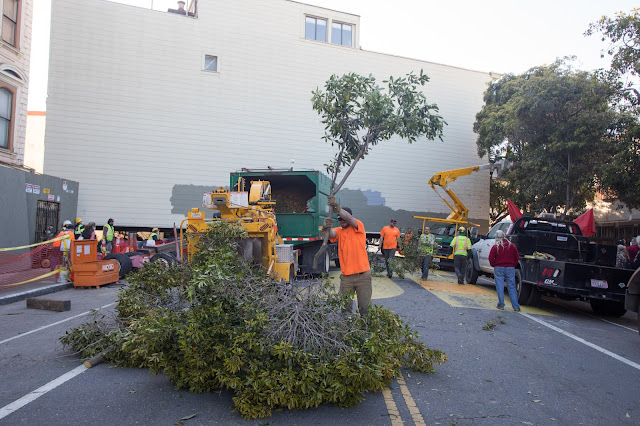 Workers dispose of tree branches taken down to clear space for a victorian home to be moved into place. 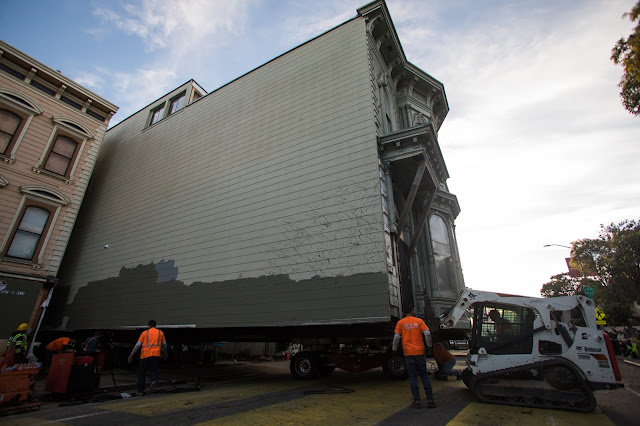 Movers back into the victorian house to its new location. 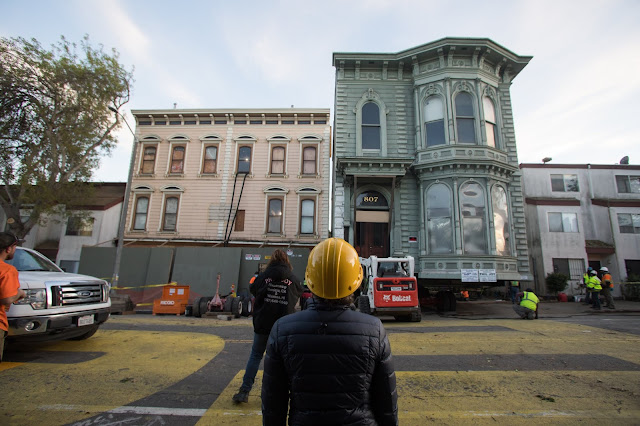 The house will eventually be made into new housing.
Posted by Douglas Zimmerman at 7:46 PM No comments: