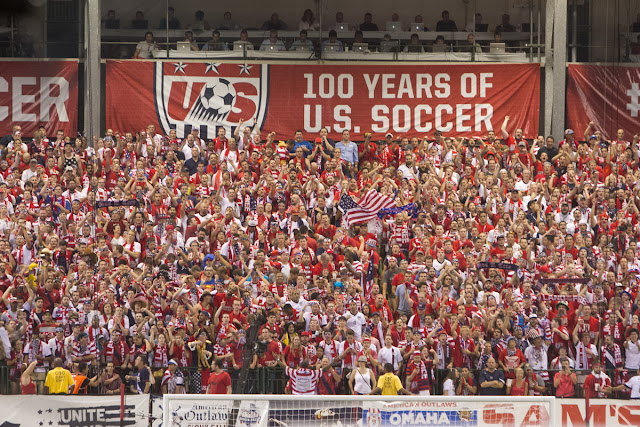 In all my years photographing the fans at USMNT games, I have never experience a home environment like the World Cup Qualifier against Mexico in Columbus, OH.   The energy and passion, sure.  The size: never. 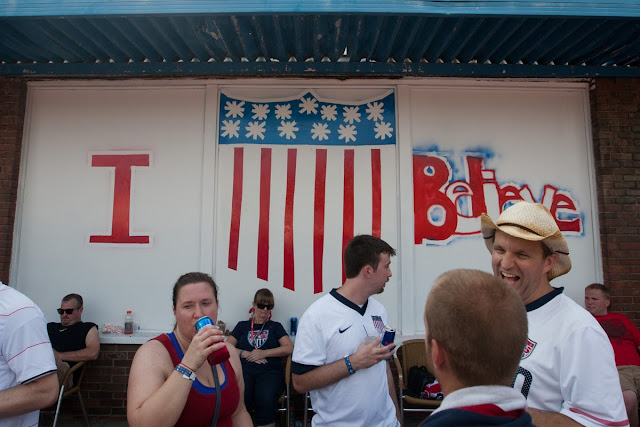 Before the game a lot of USA fans stopped by the American Outlaws pre-game meet up to grab a beer and "believe". 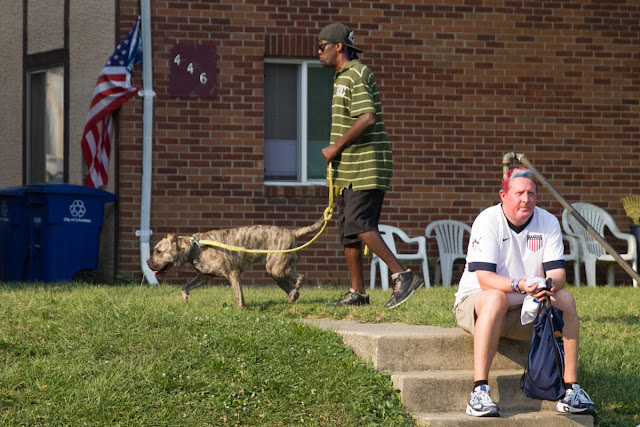 Some fans just needed to take a breather with temperatures approaching 100 degrees. 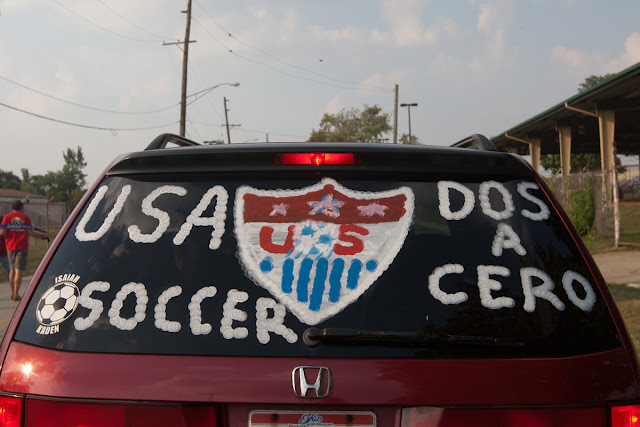 What were the USA fans to believe?  A "Dos a cero" victory of course. 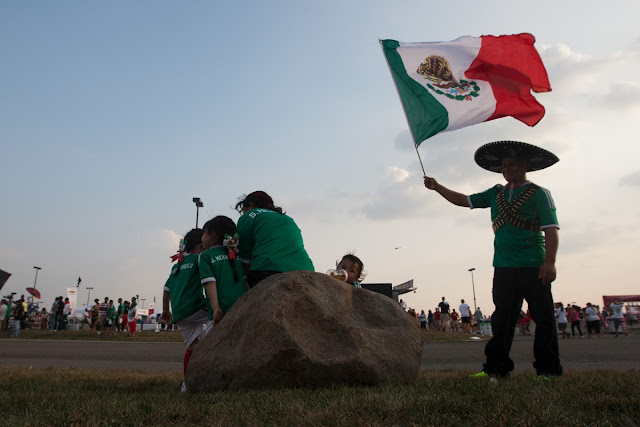 There was a sizable group of Mexico fans there as well to support their team. 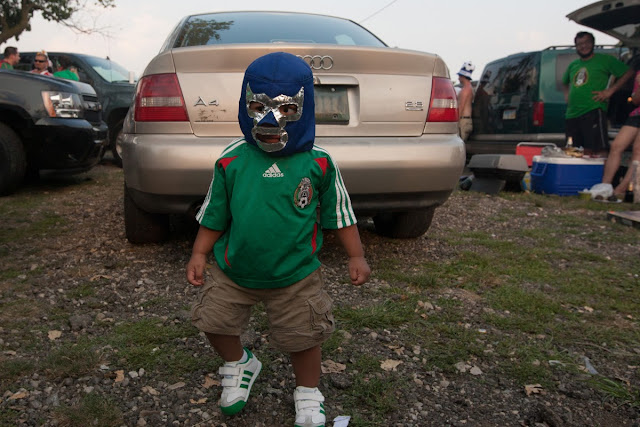 Mexican fans of all sizes enjoying the tailgate before the game. 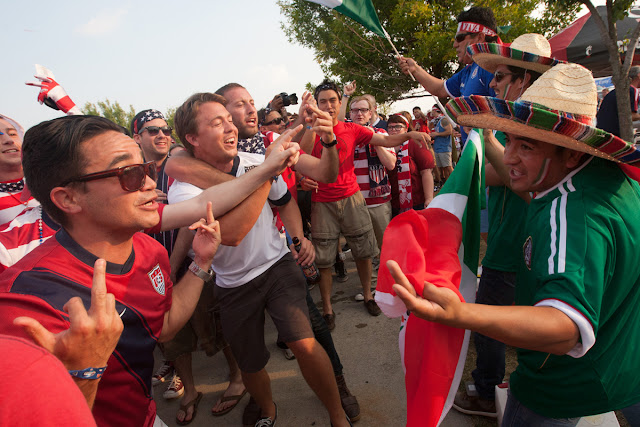 When the American Outlaws marched into Columbus Crew stadium there was some exchanges of hello to each other, with the help of sign language. 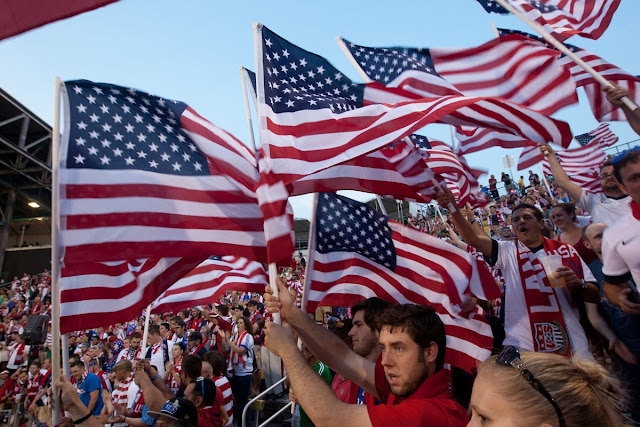 And it was clear once inside Columbus Crew stadium who was the "home team" for the game.  A lot of times the US Men's National Team has played a game in the USA the American fans were outnumbered by Mexican fans,  including the 2011 Gold Cup Final.  But at Columbus it was the USA fans, and the multiple sections of USA supporters that made it an incredible atmosphere. 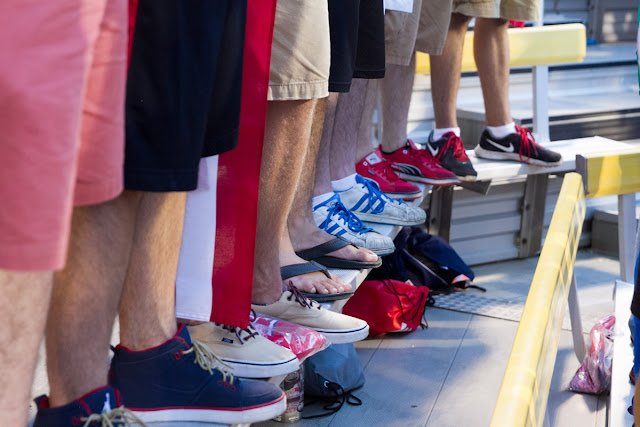 ll the fans were on their feet for the game. 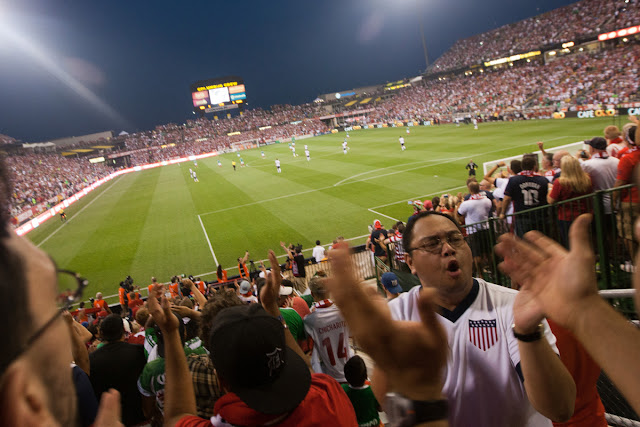 And started cheering from the beginning of the match. 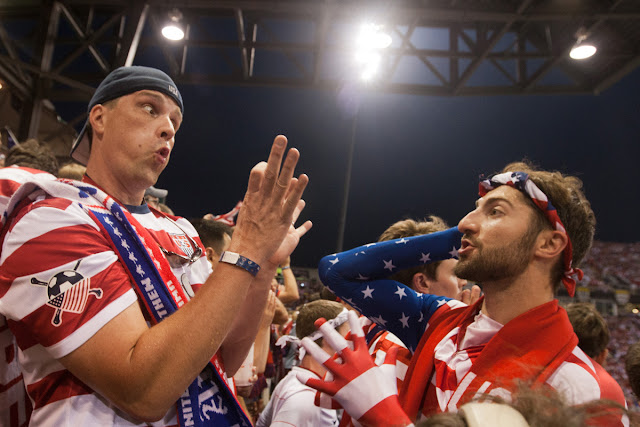 Mexico started out brightly and almost scored a goal in the first 20 minutes throwing a scare into the USA fans. 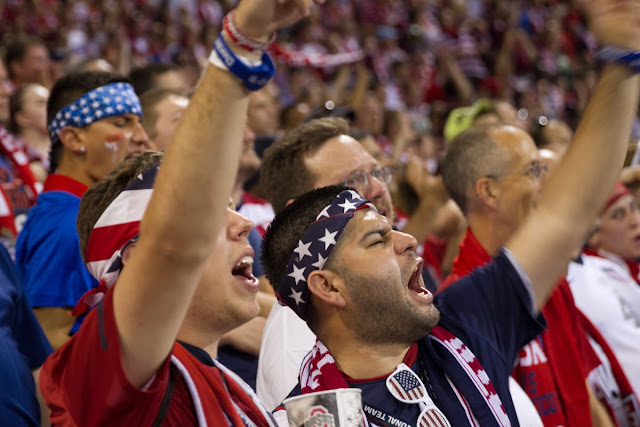 But the fans kept urging the players on to score a goal. 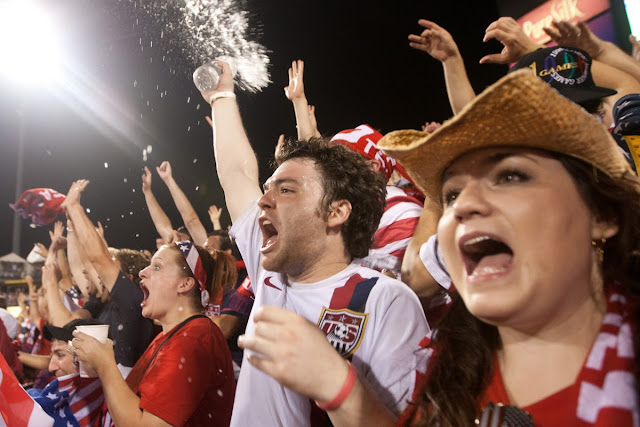 And were rewarded early in the second half with a header by Eddie Johnson to take the lead. 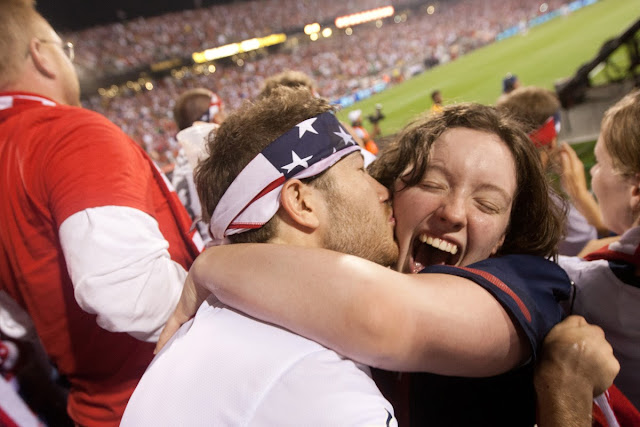 Leading to some intimate moments in the stands. 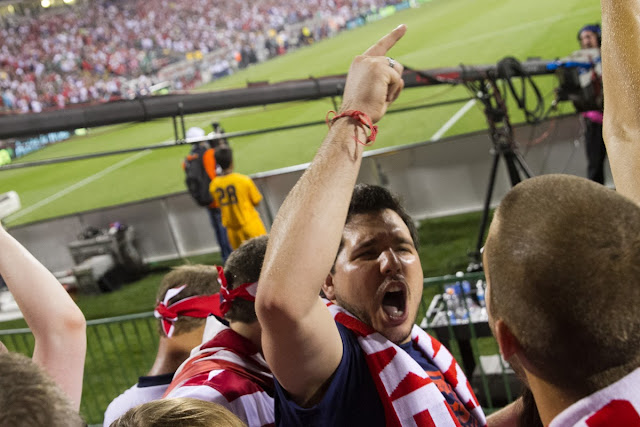 The fans kept asking for a second goal. 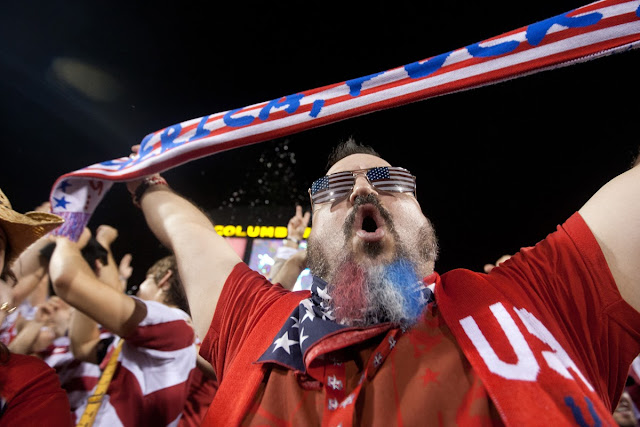 And were rewarded with a second later in the match. 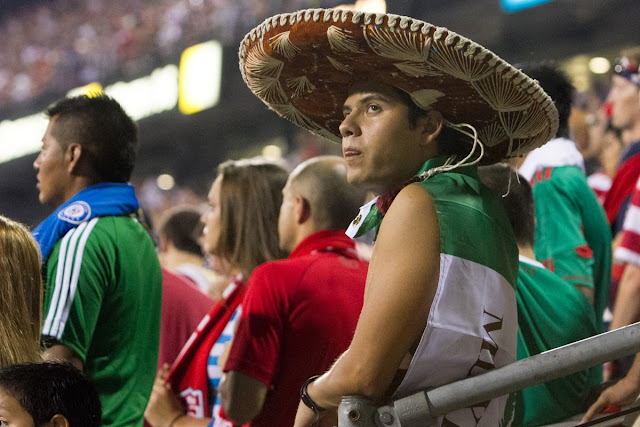 The Mexico fans stood dejected,  wondering if they were even going to qualify for the World Cup next year. 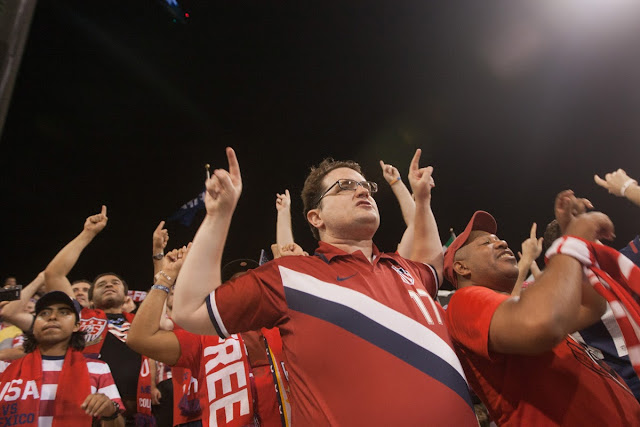 While the USA fans cheered... 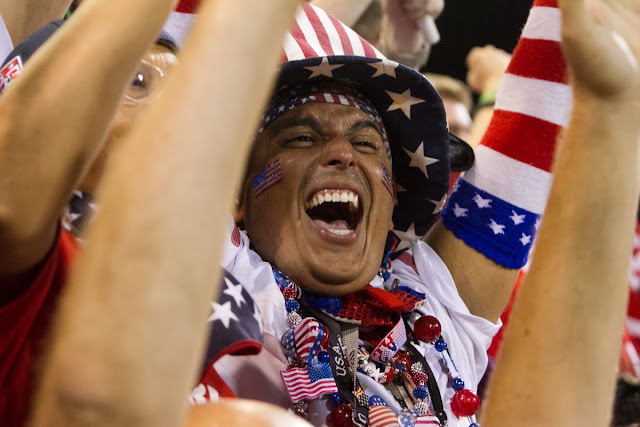 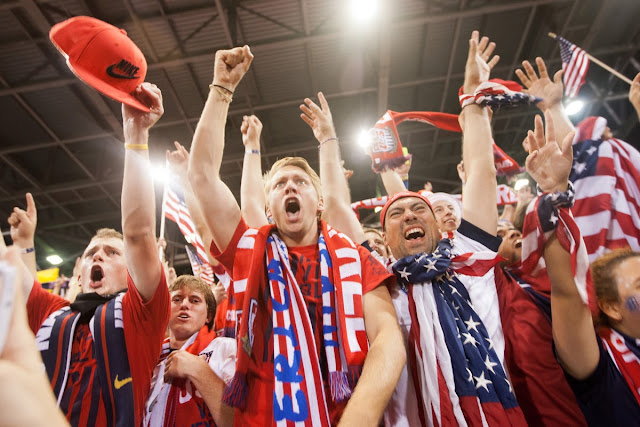 ...until the final whistle blew! 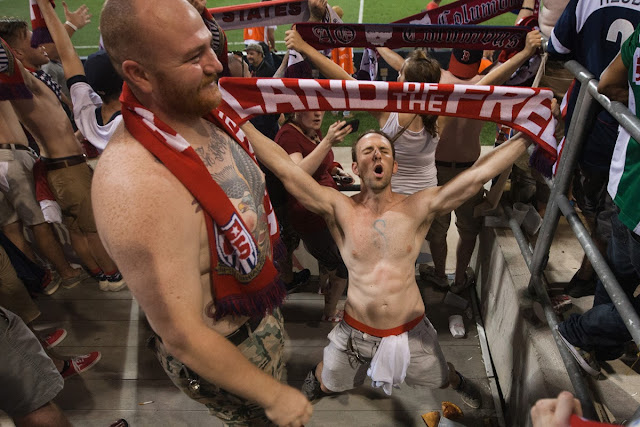 And exalted in a hard fought and well earned victory. 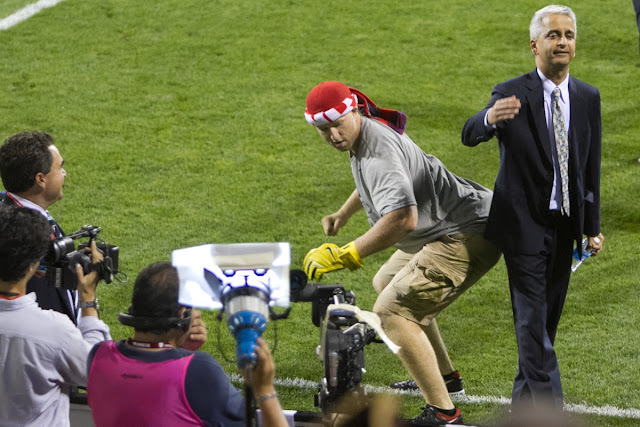 After the game word came out that the USA team was going to celebrate clinching their place in the 2014 World Cup with the fans who waited an hour after the game.  US Soccer President Sunil Gulati became part of the on-field entertainment while they waited. 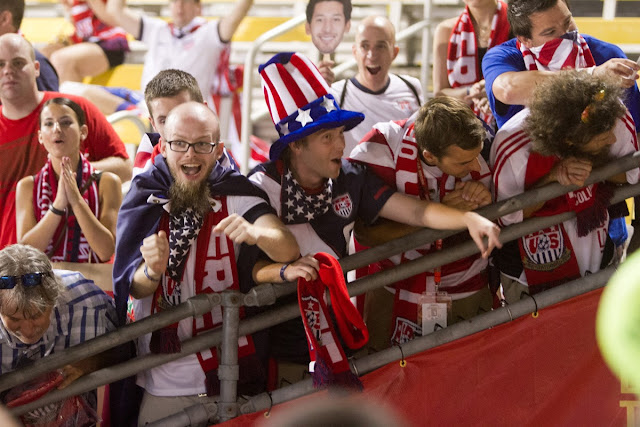 The Honduras-Panama game ended in a 2-2 tie clinching the USA a place in the World Cup.  When the fans saw the team emerge from the locker room the excitement was on every fan's face. 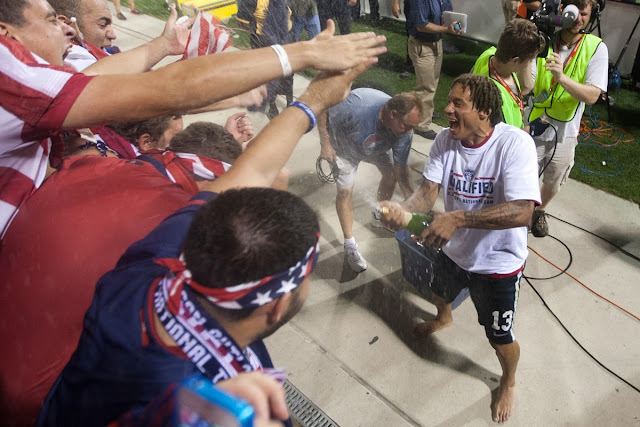 Jermaine Jones doused a number of fans with a celebratory champagne bath. 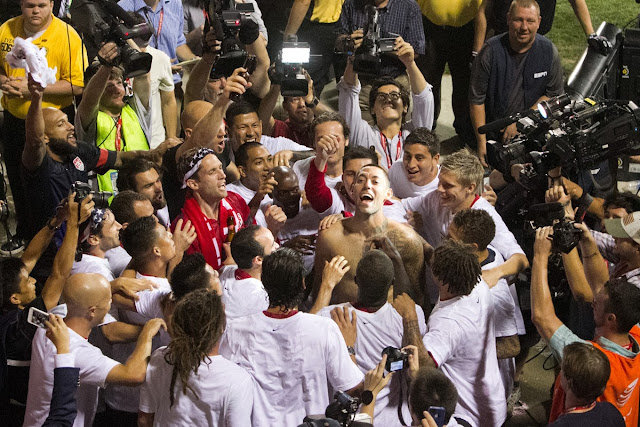 And as the team went wild in celebration the fans took in the moment.  All of their months of sweat and toil for the team lead to the promise land.  And, yes, they are going to Brazil!