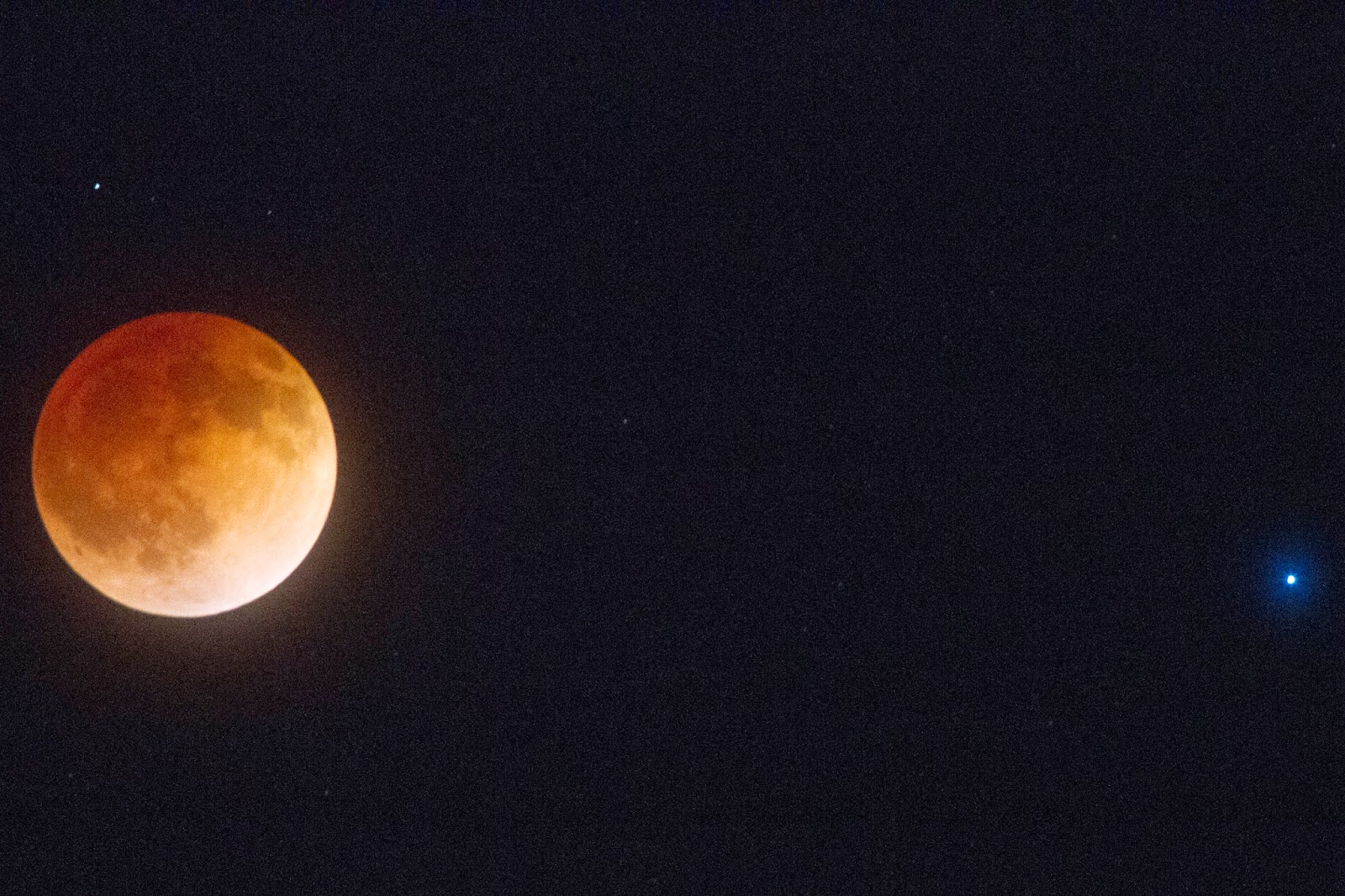 Early this morning I was able to glimpse the "Blood Moon" Lunar eclipse event in the skies of Oakland.  It was quite a site to behold. 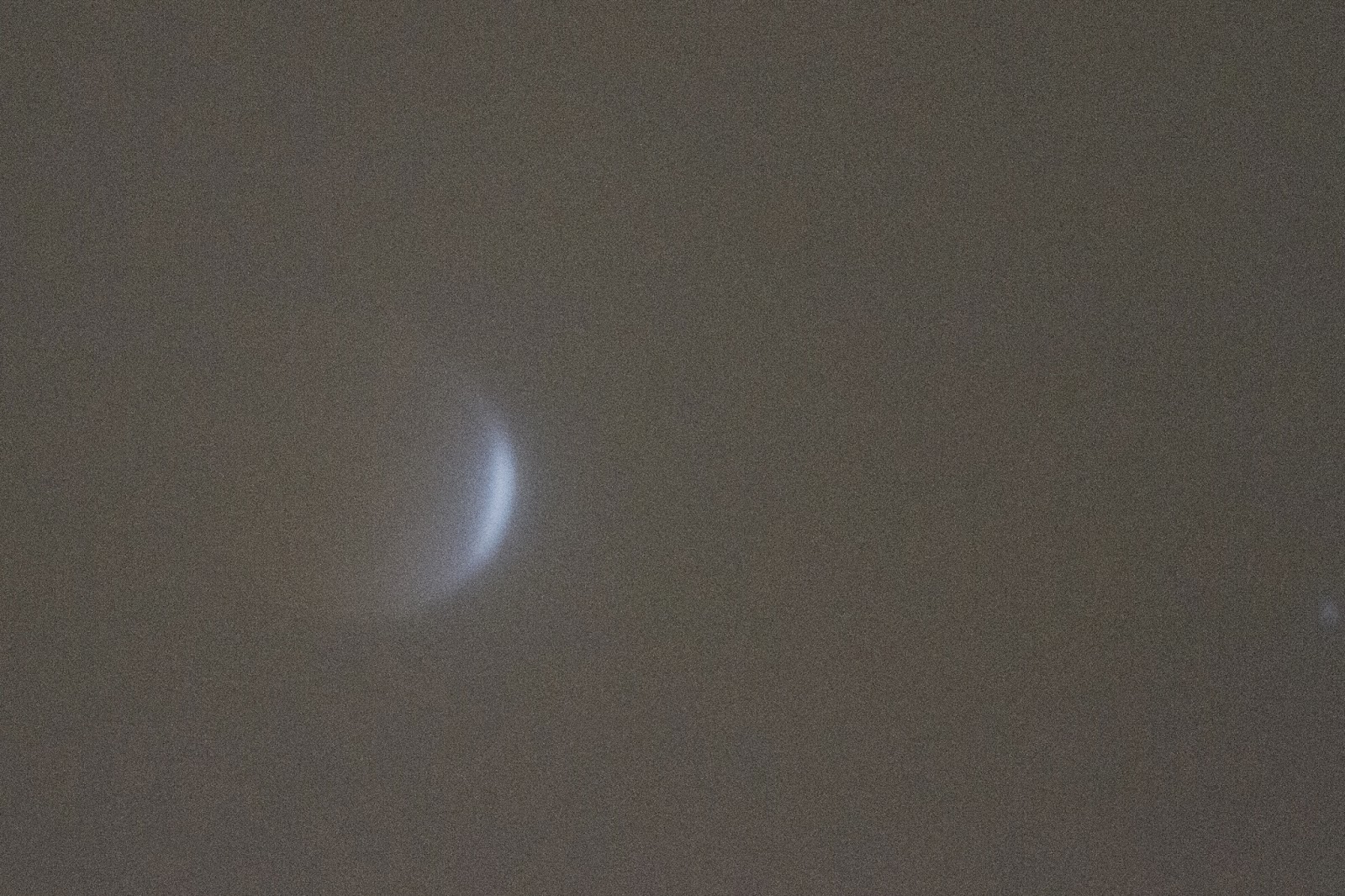 For most of the night, esp. as the full eclipse was about to start, it looked like the low clouds and fog would eclipse our view of the celestial event. 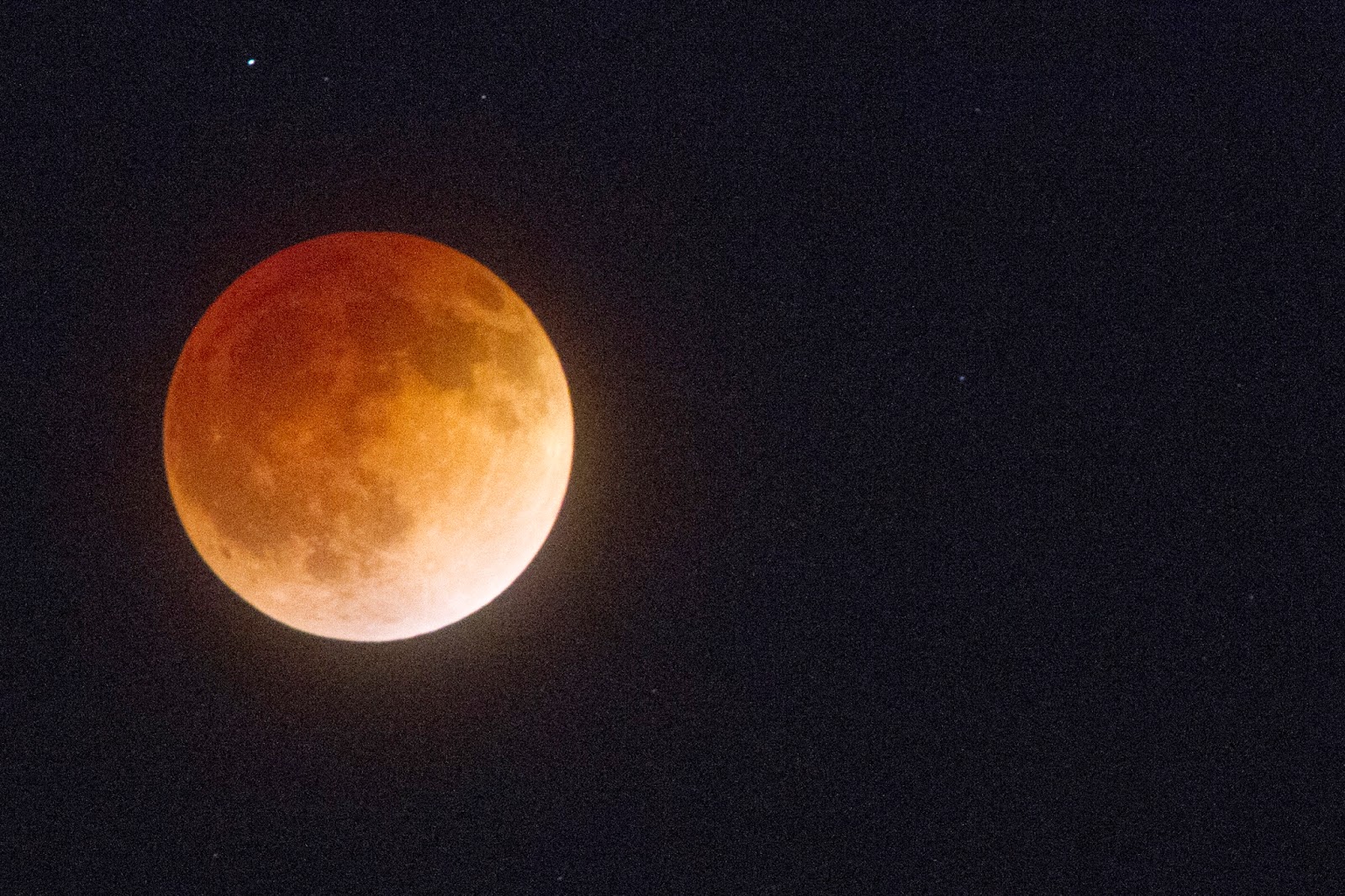 But the clouds broke up just enough for me to take these clear shots of the eclipse. 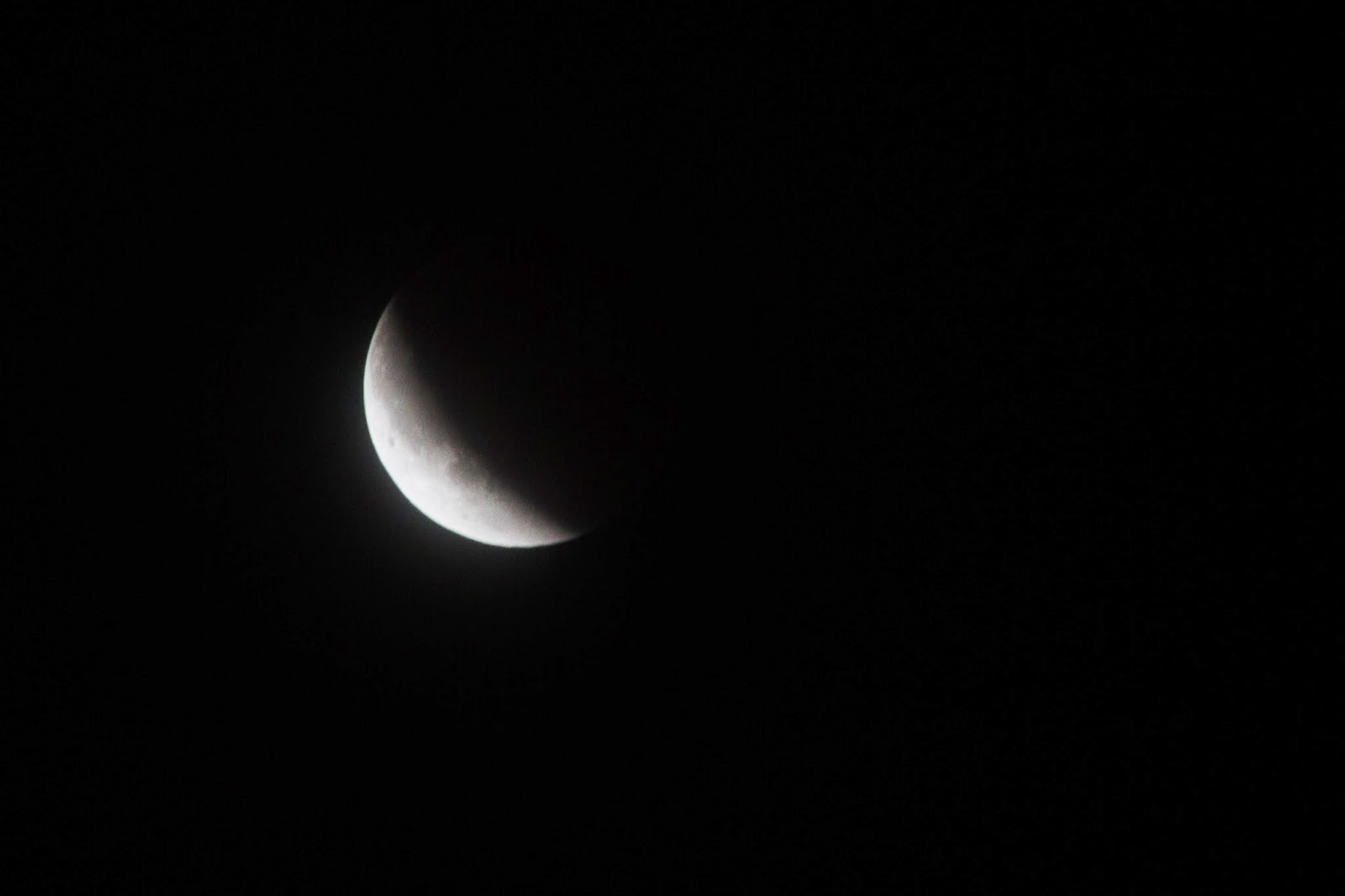 As the moon started to emerge from the Earth's shadow around 1:30 am I took a few last shots and went to bed. 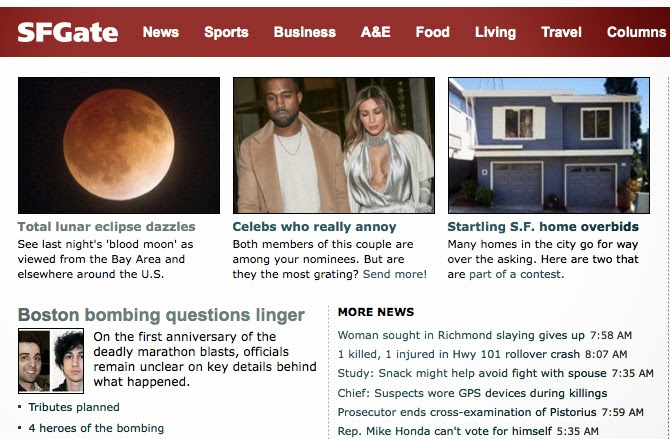 After all I had to file my photos early in the morning to go up on the SF Gate! :)
Posted by Douglas Zimmerman at 9:39 AM No comments: 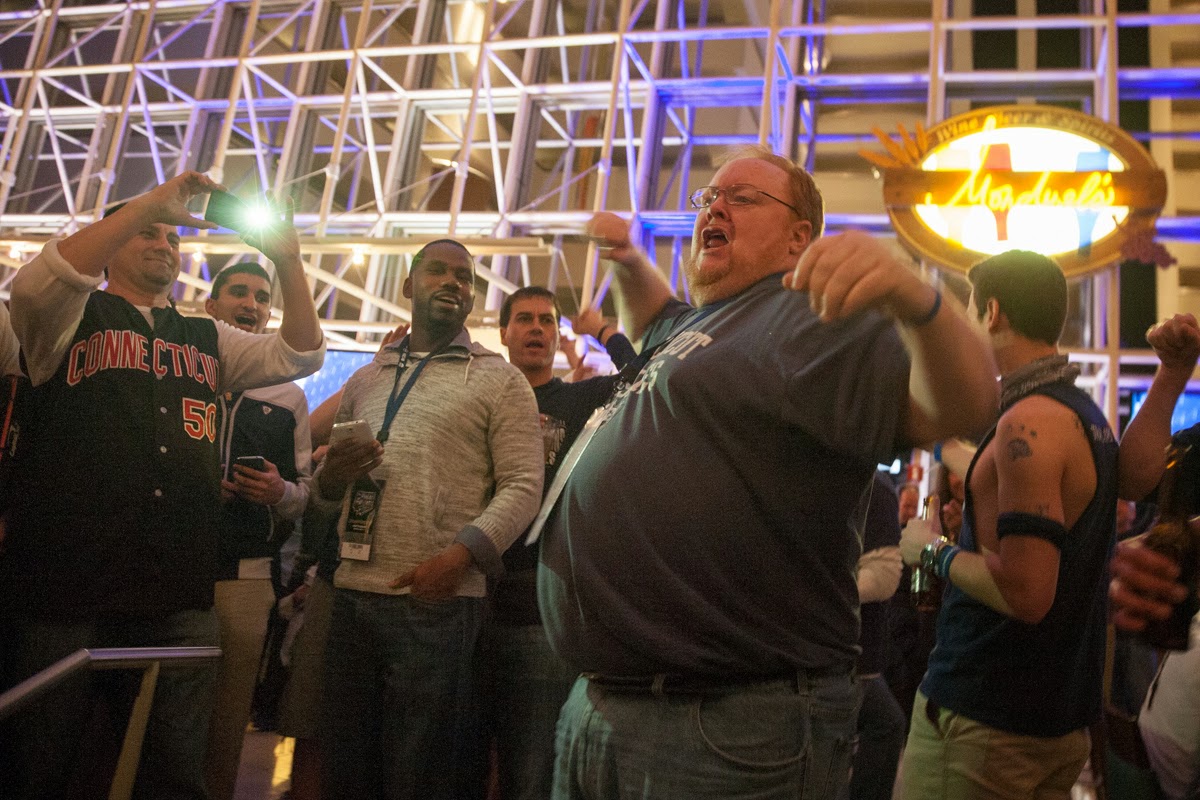 I've been a lifelong UConn Huskies fan (having grown up in Connecticut) and even though I live in Oakland, Calif. I still support the Huskies and follow them closely all season.

With my brother, we've traveled to the NCAA Final Four in 2004, 2009, 2011 and this season to support our team.  After the surprising 2011 victory we went to the team's hotel to celebrate with the fans and team.  It was a surprise victory and I took photos of the moment on my blog.  It felt like after 2011 it would be a long time till UConn would be back here, but 3 years later we found ourselves celebrating once again a national championship at the Dallas Hyatt Regency hotel after UConn's 60-54 victory over Kentucky in the Championship game. 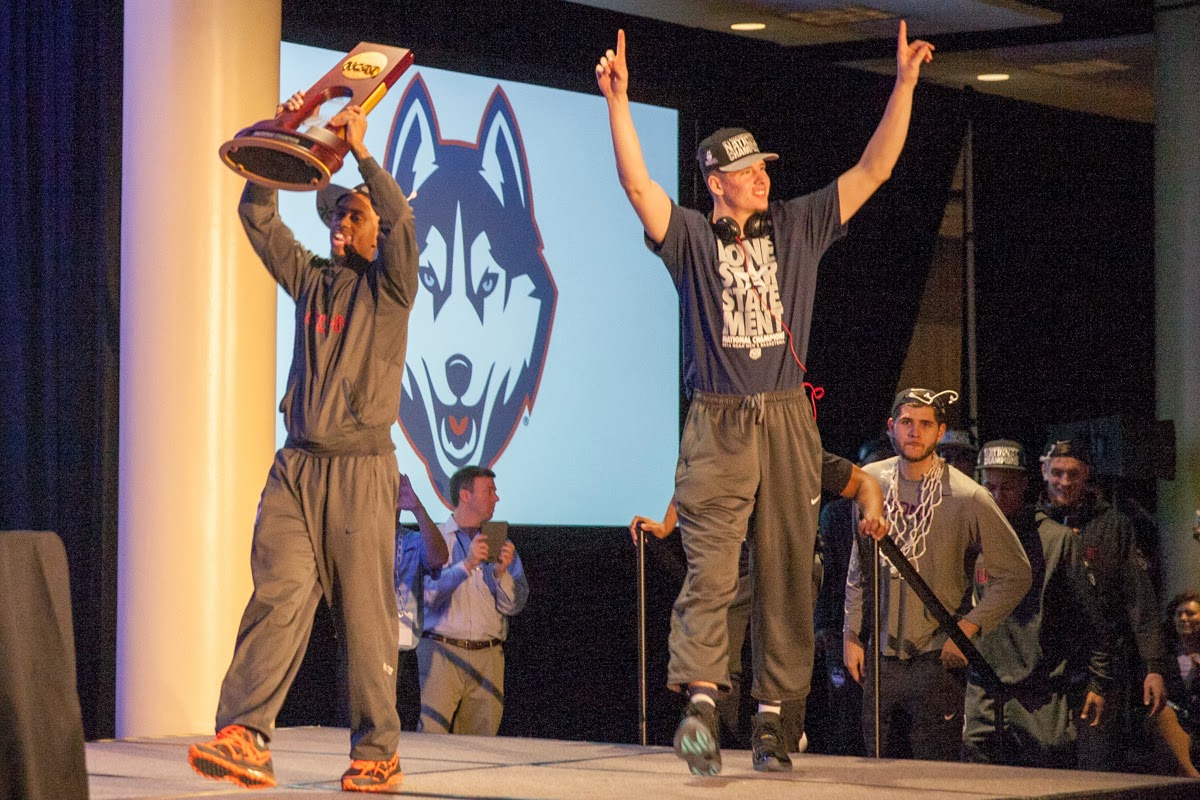 At the hotel the team, lead by Ryan Boatright, carried the NCAA championship trophy to the cheers of all the Connecticut fans in attendance. 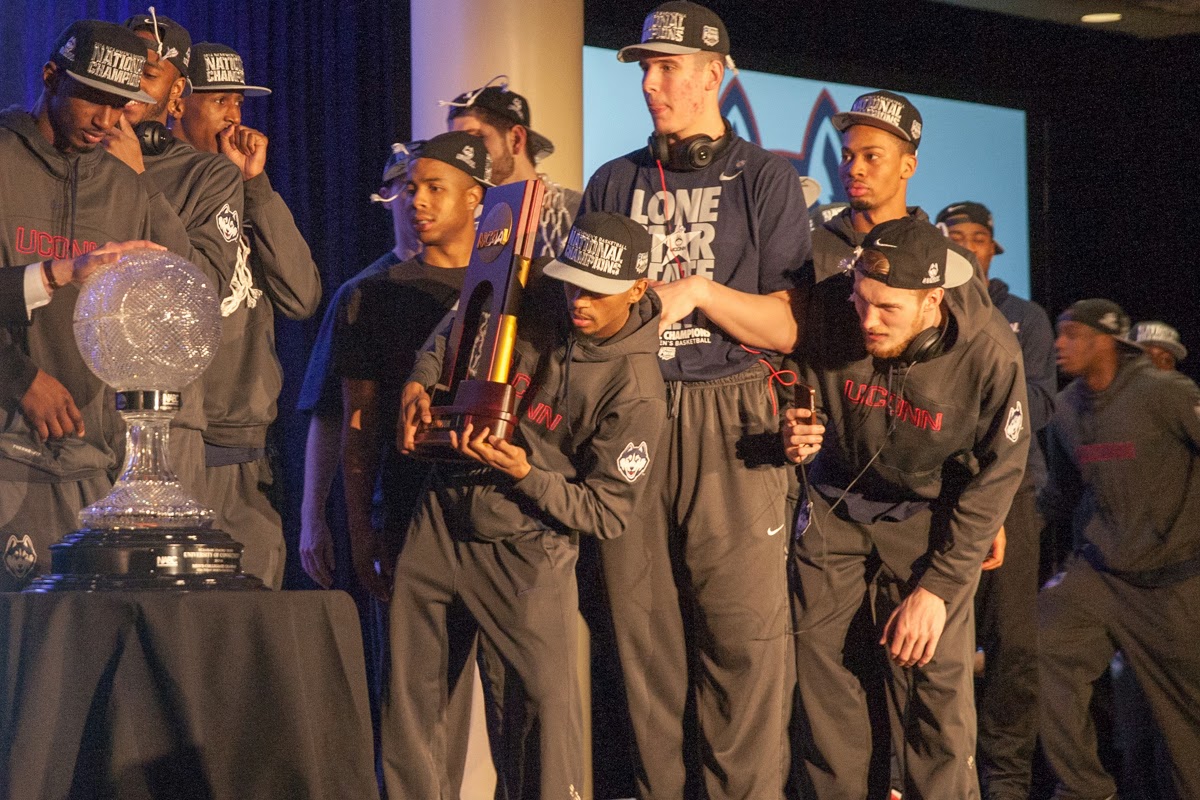 They were there to receive the NABC Championship trophy as well, which really impresses the UConn team. 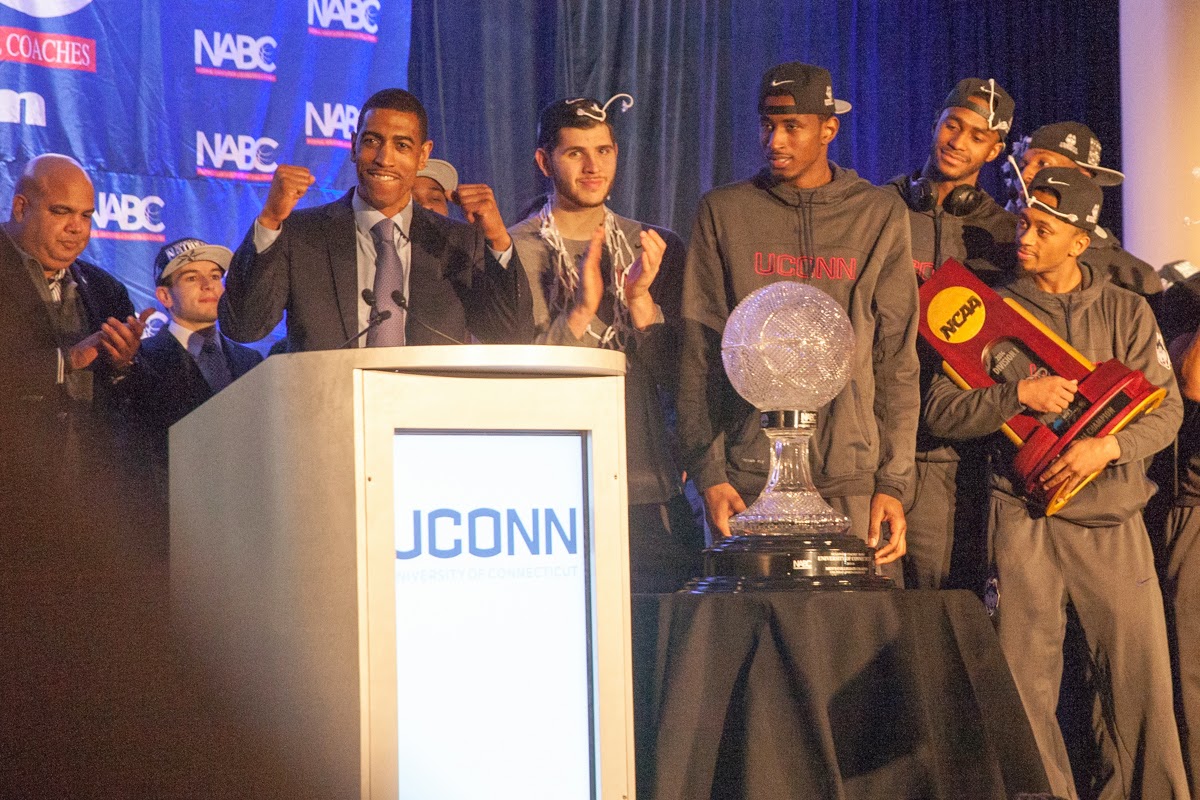 2nd year coach Kevin Ollie stepped up to the podium and congratulated his team for their performance and the fans for coming out to support them. 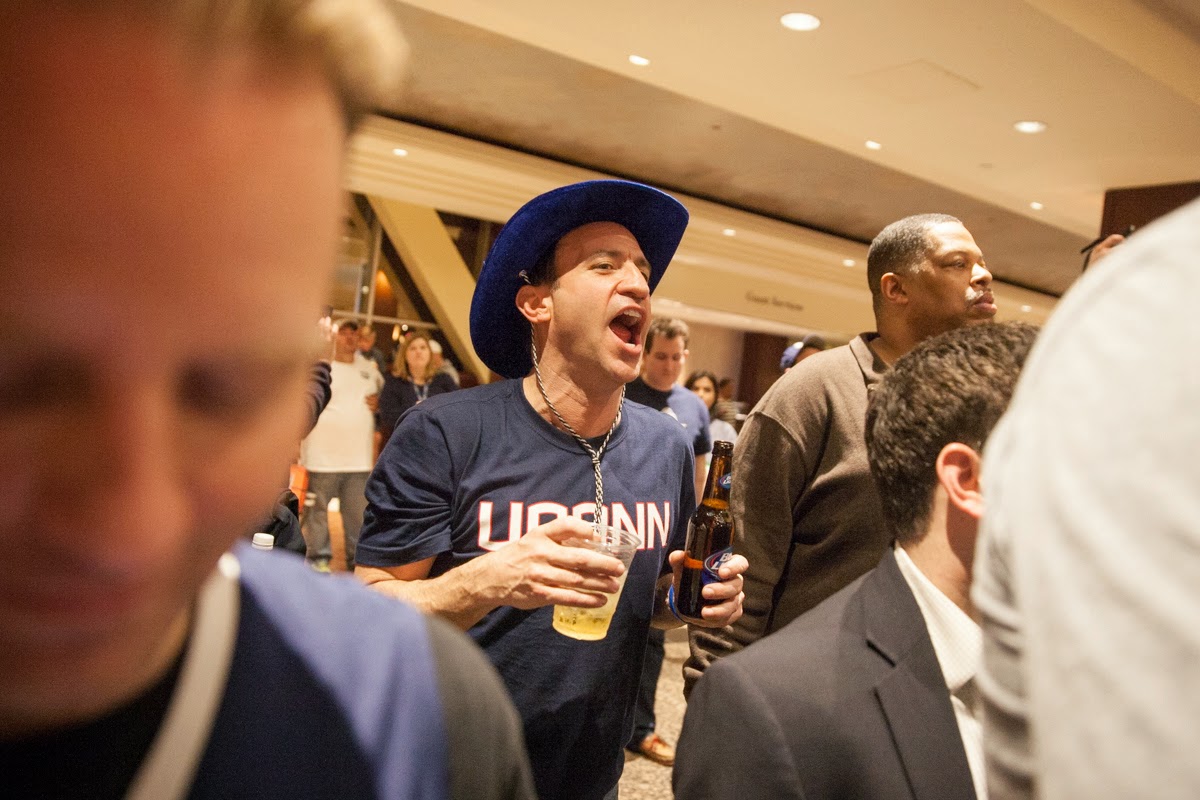 Afterwards the fans and the team celebrated in the Hyatt Regency lobby and bar. 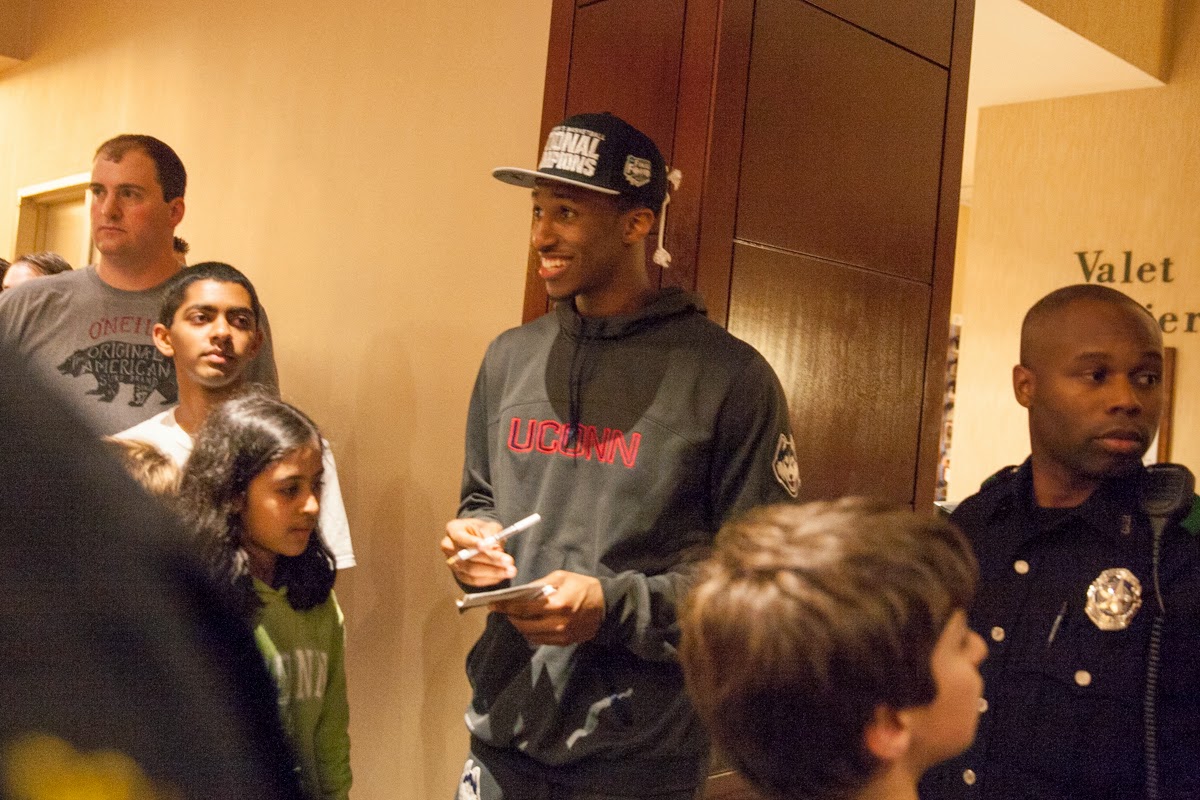 Fans were collecting autographs from players like Lasan Kromah (who made the last two points of the championship)... 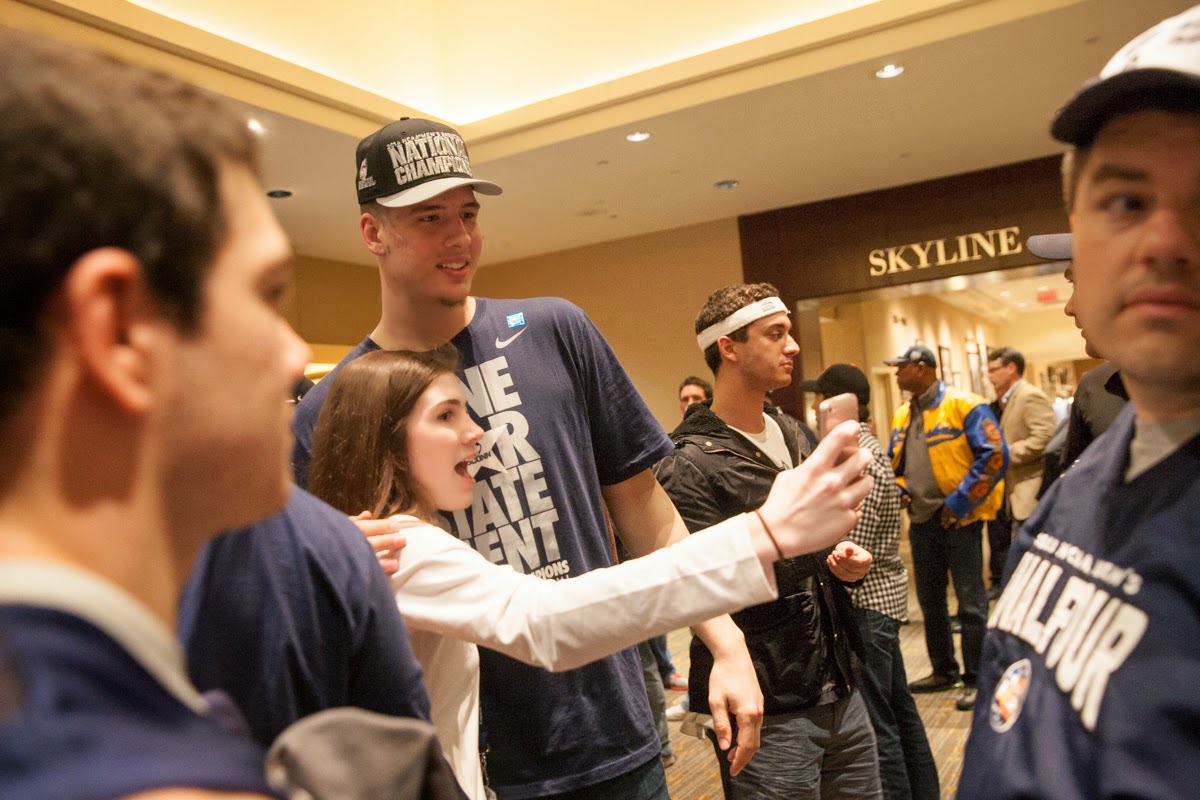 And senior Tyler Olander, who was gracious to let people get a selfie with him. 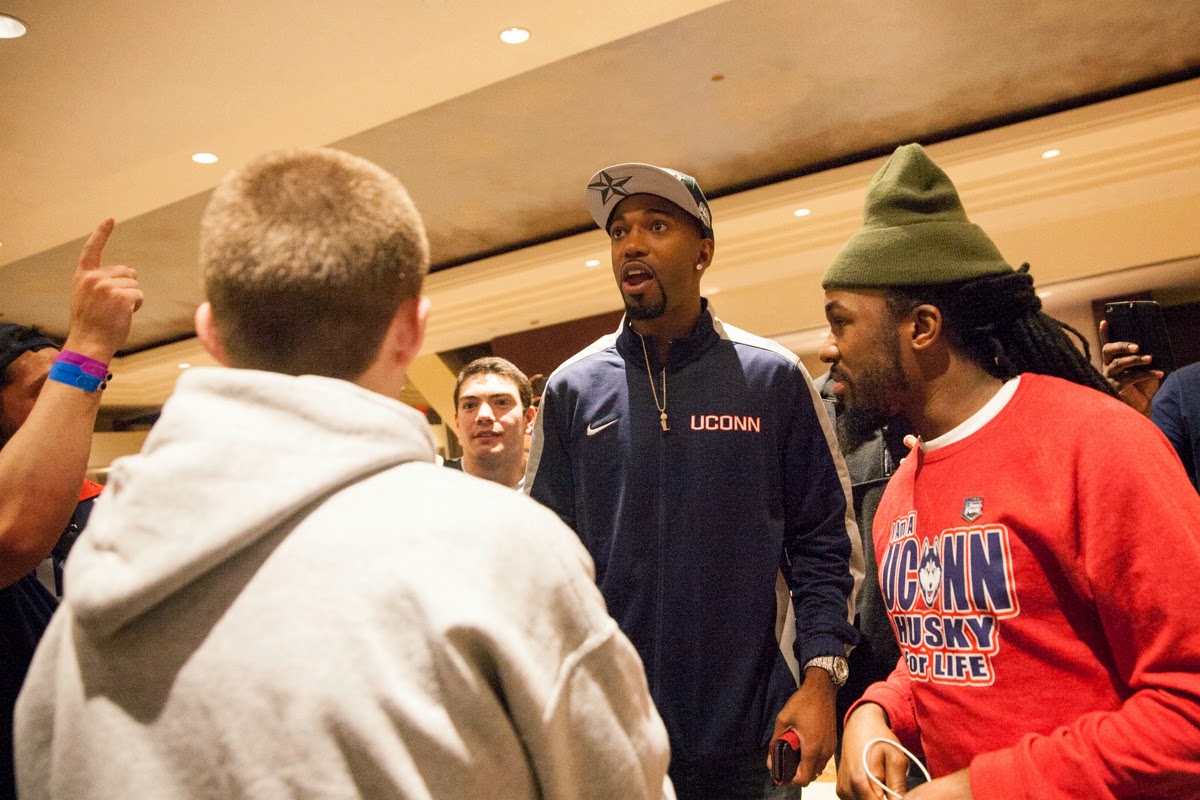 But it wasn't just players from this year's team in attendance, it included some of the royalty of UConn teams from the past.  Richard Hamilton, MVP of the 1999 team... 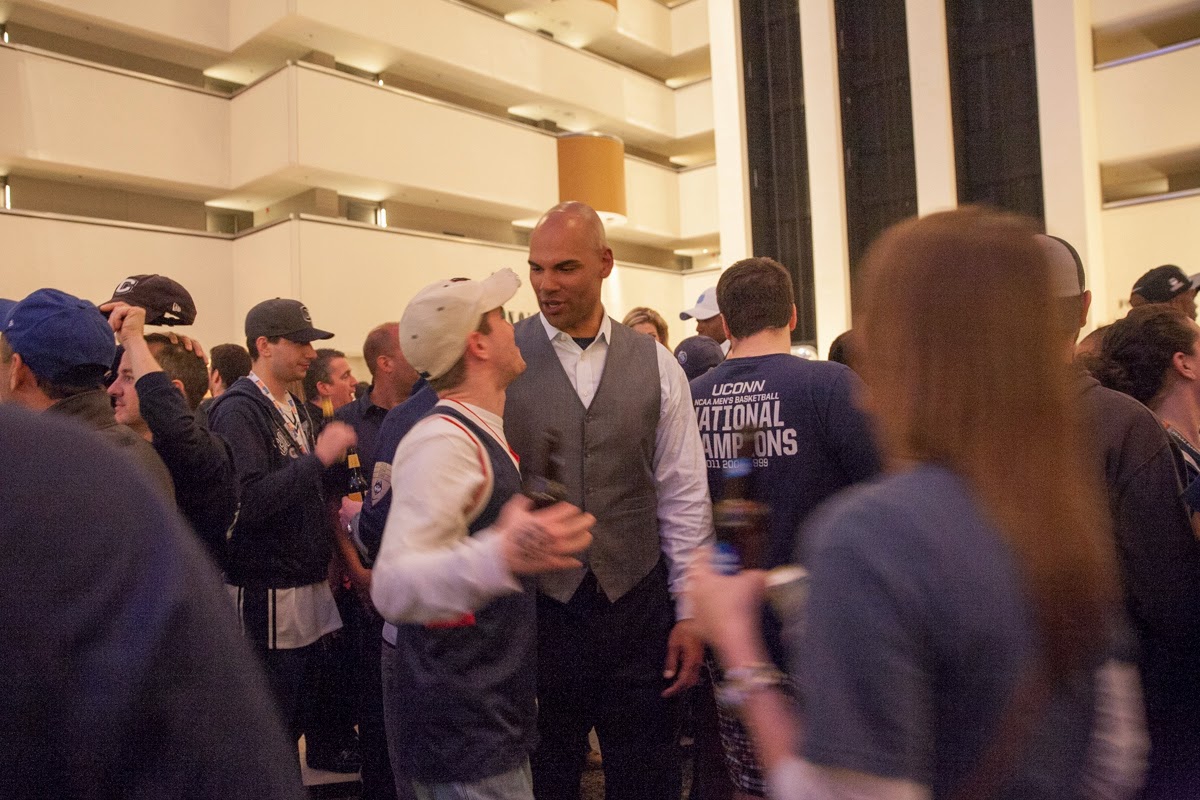 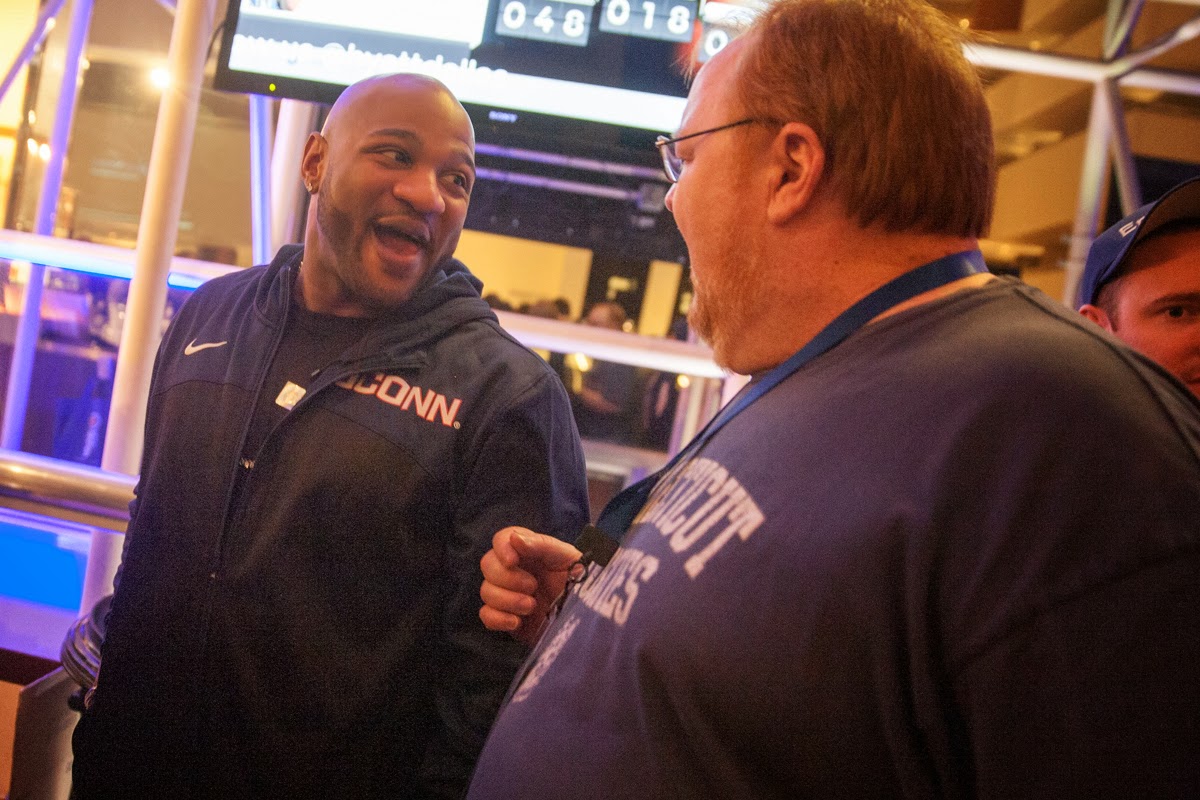 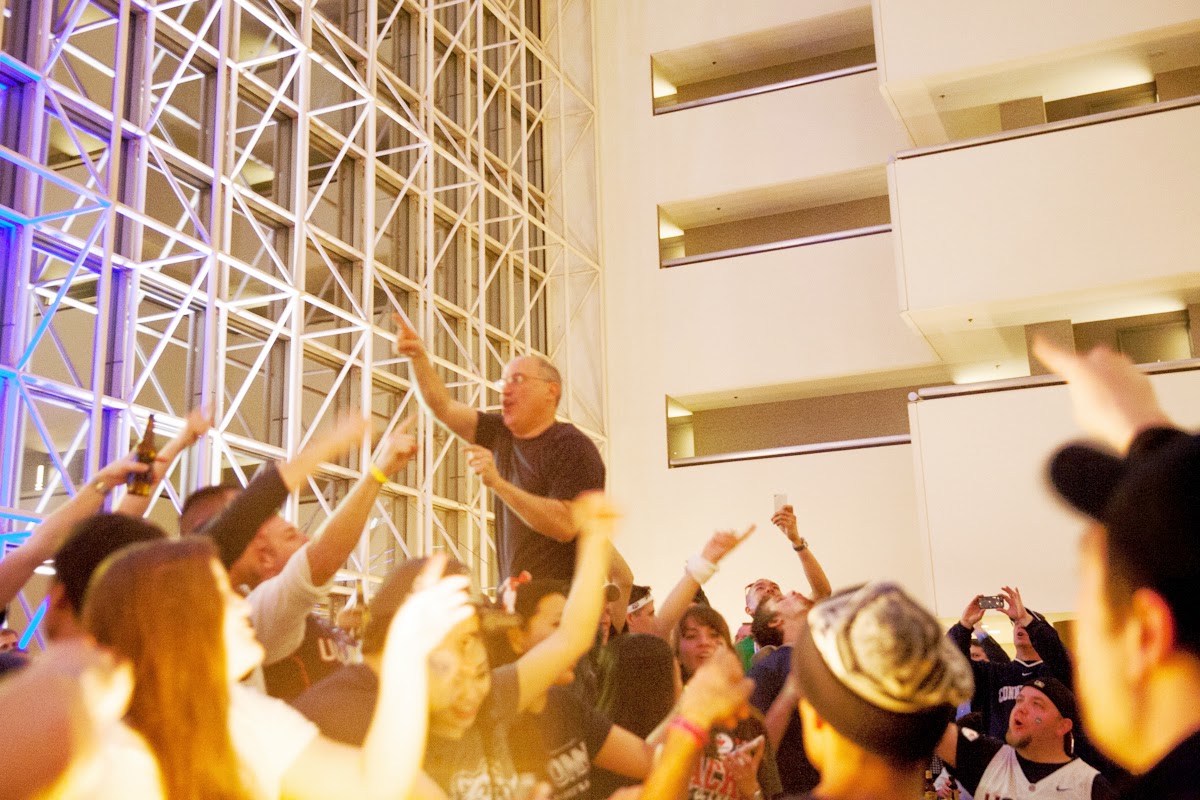 And the UConn chants kept coming, even from former player Natambu Willingham. 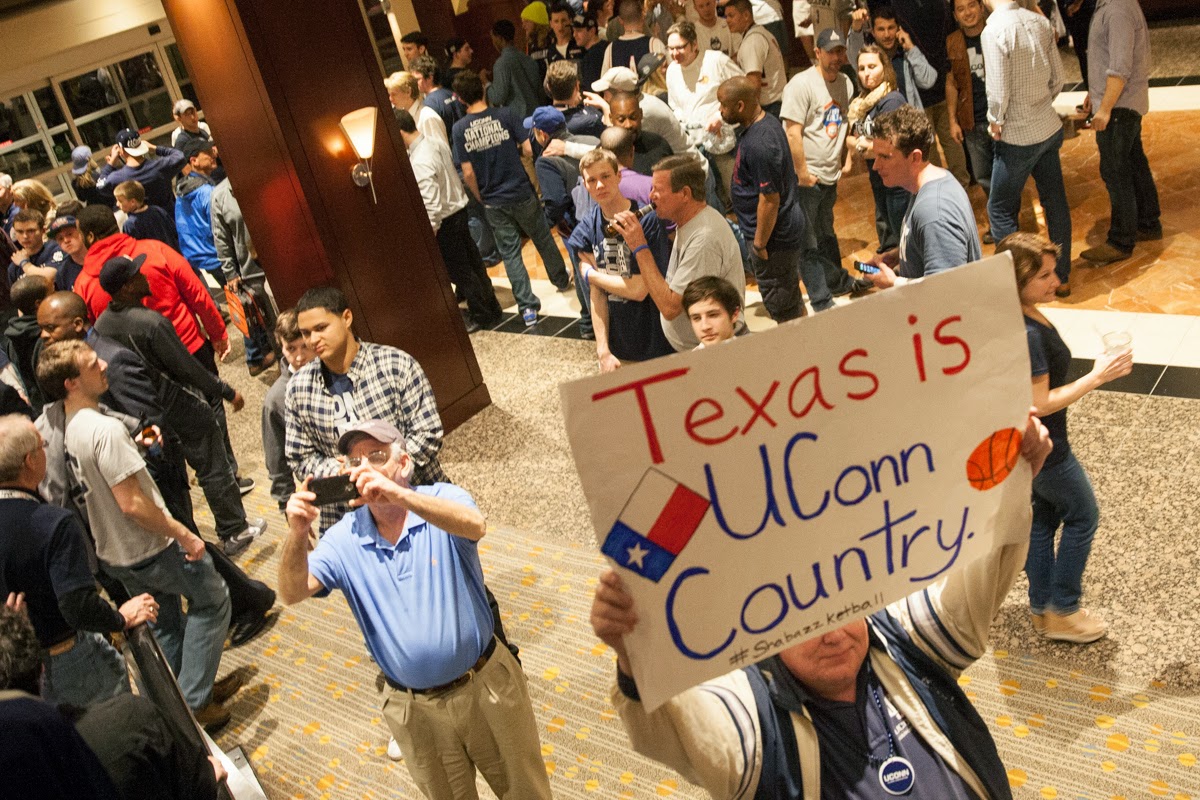 And as the party ended and fans declared Texas "UConn Country" (they have won 3 of their 4 national championships in Texas)... 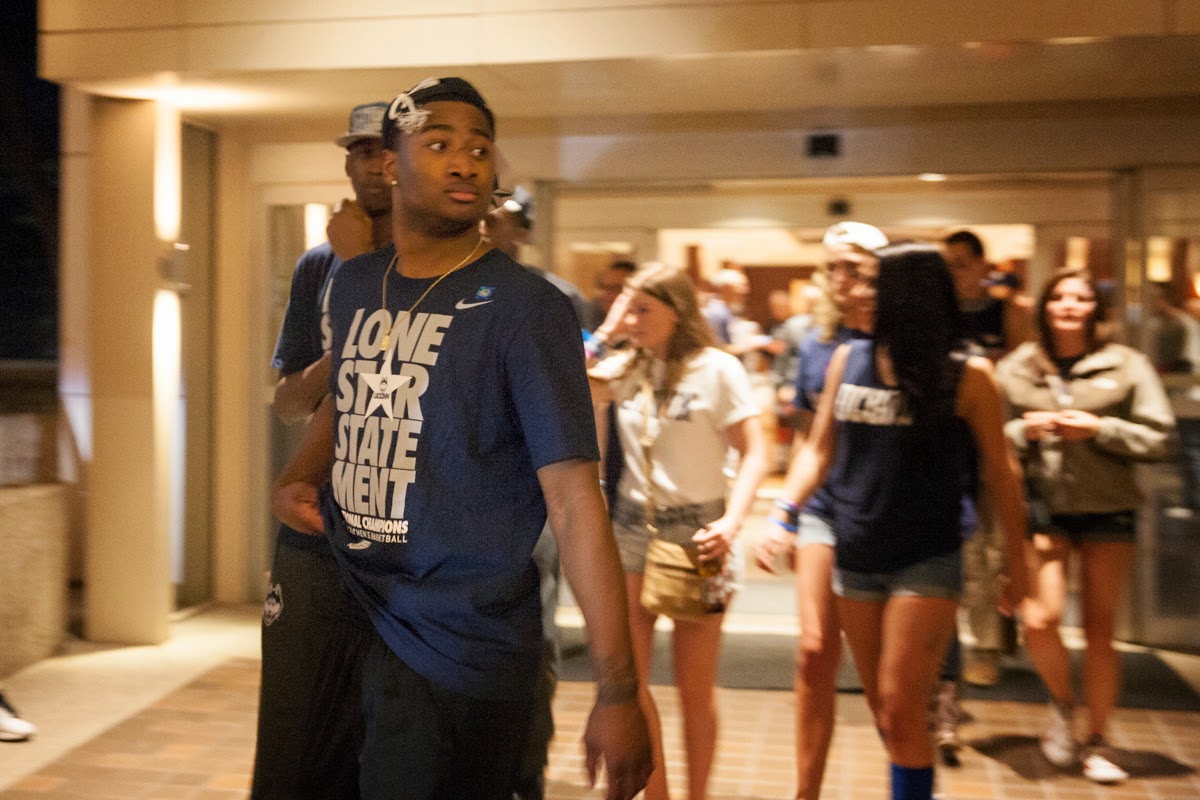 ...The players headed out for their after-party to continue.

After all, although I'm a photographer I'm a UConn Fan first! 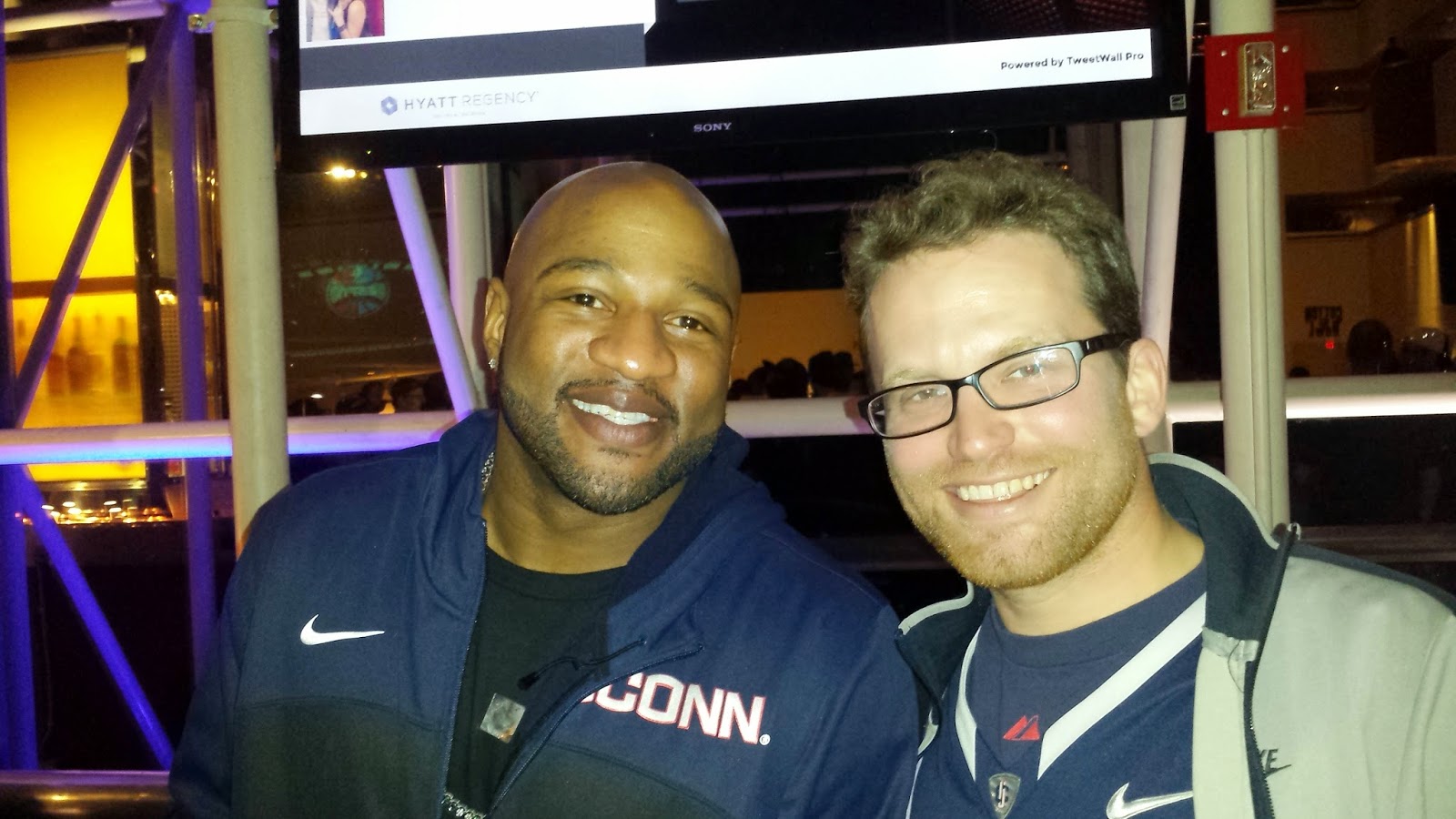