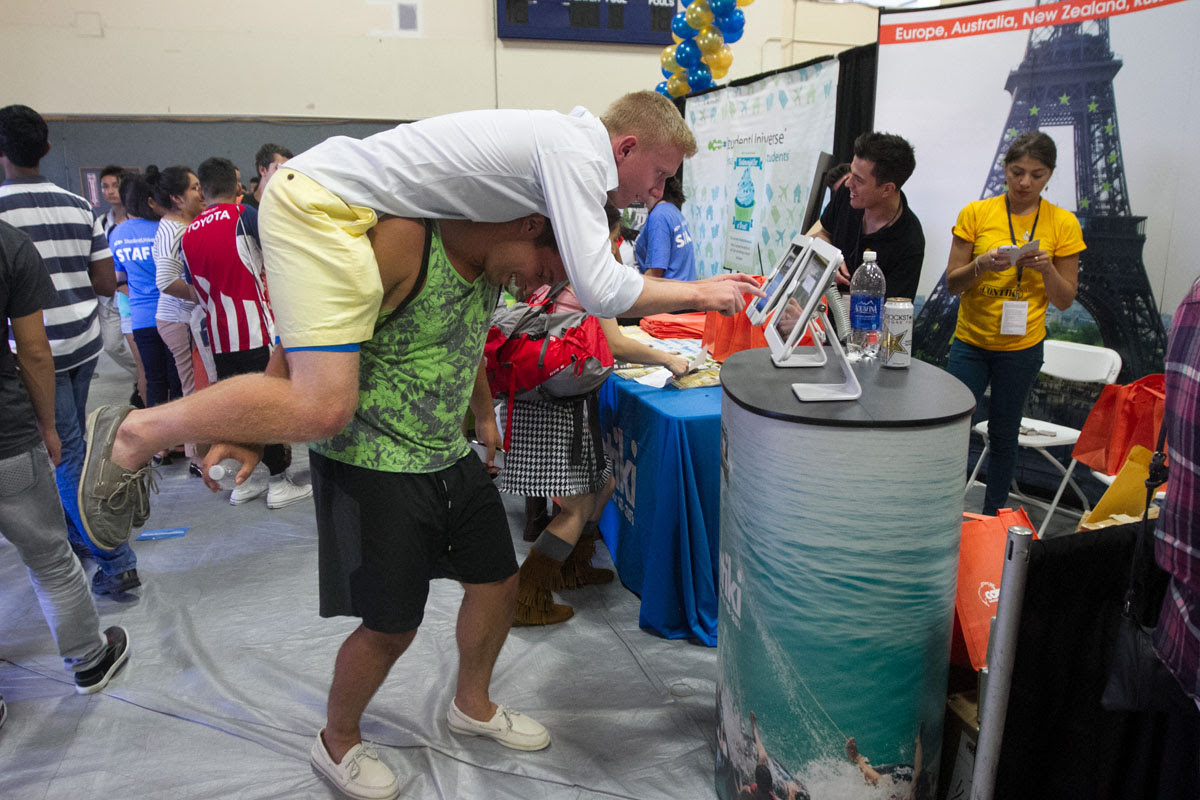 Sunday was move-in day for the undergraduates at UC Berkeley and along with all the change and excitement that the day brings there was also a chance to learn more about their school, community and grab a bunch of free swag at Caltopia 2013. 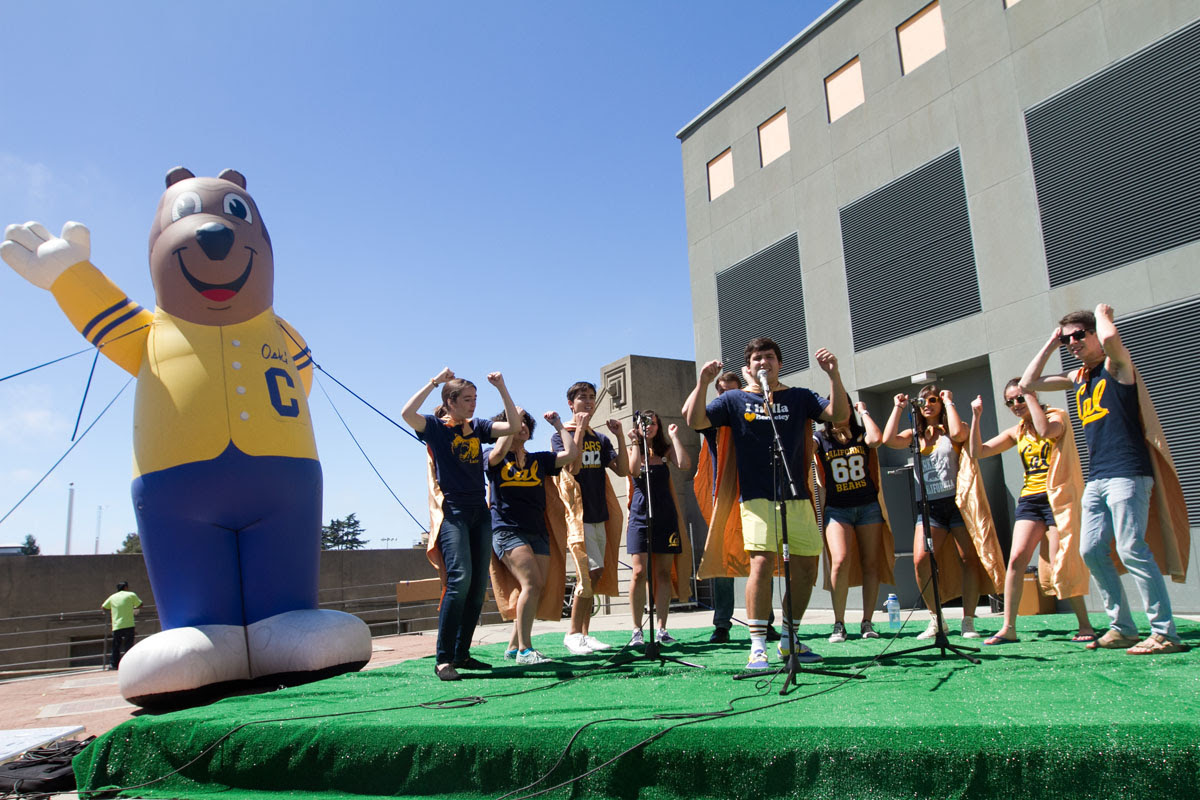 The event greets the students with performances including the UC Berkeley acapella group. 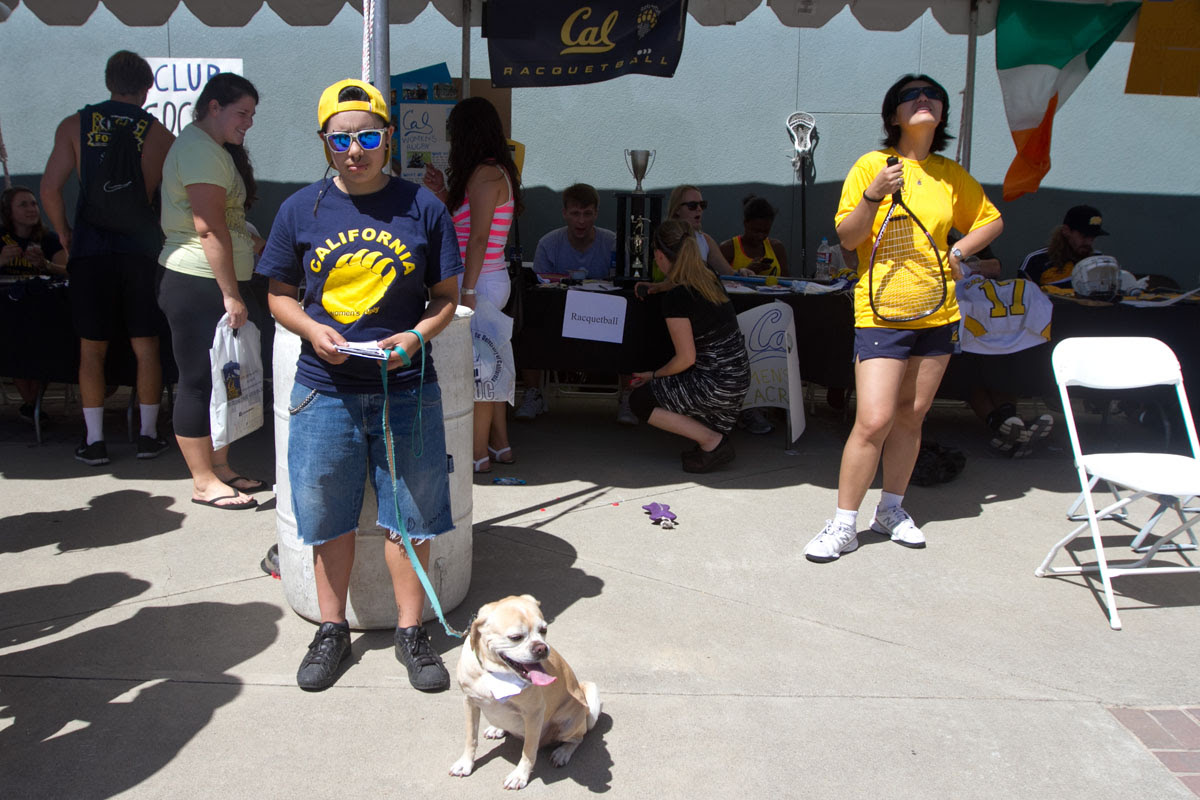 And rec clubs letting students know about the social opportunities that are available to them. 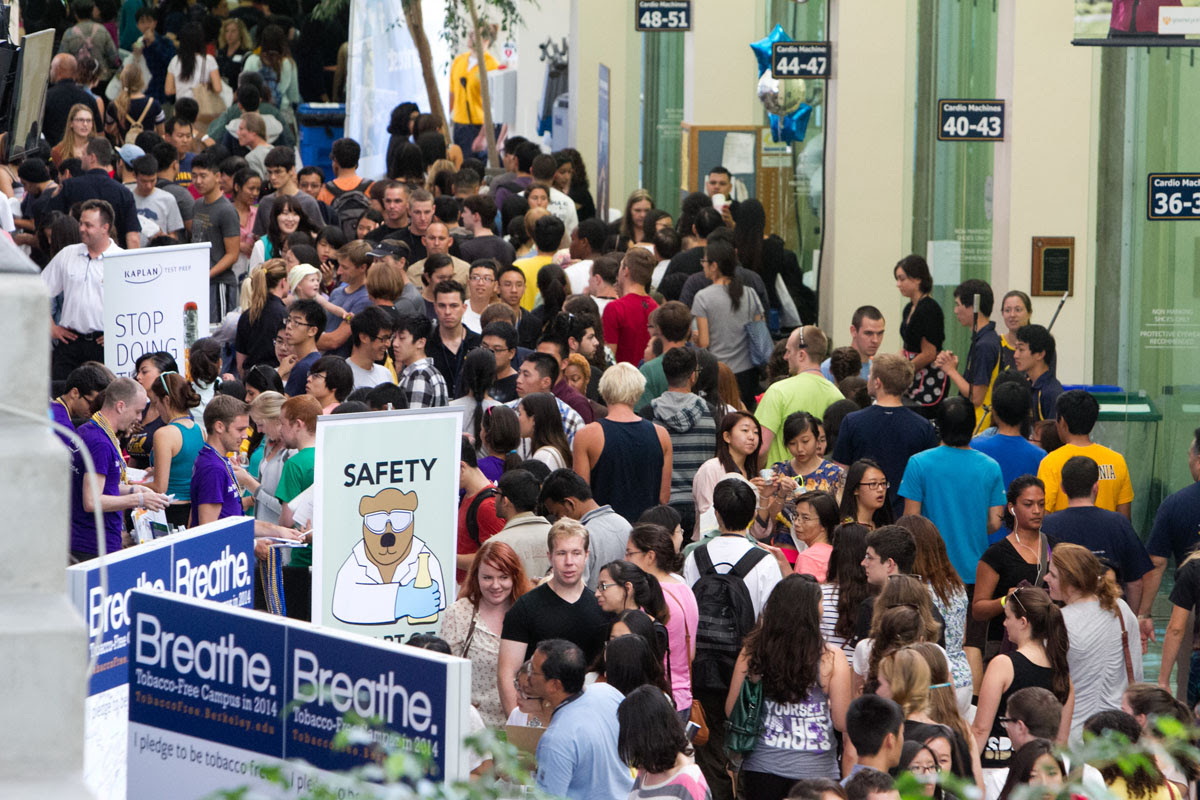 Caltopia attracts thousands of students (and parents as well). 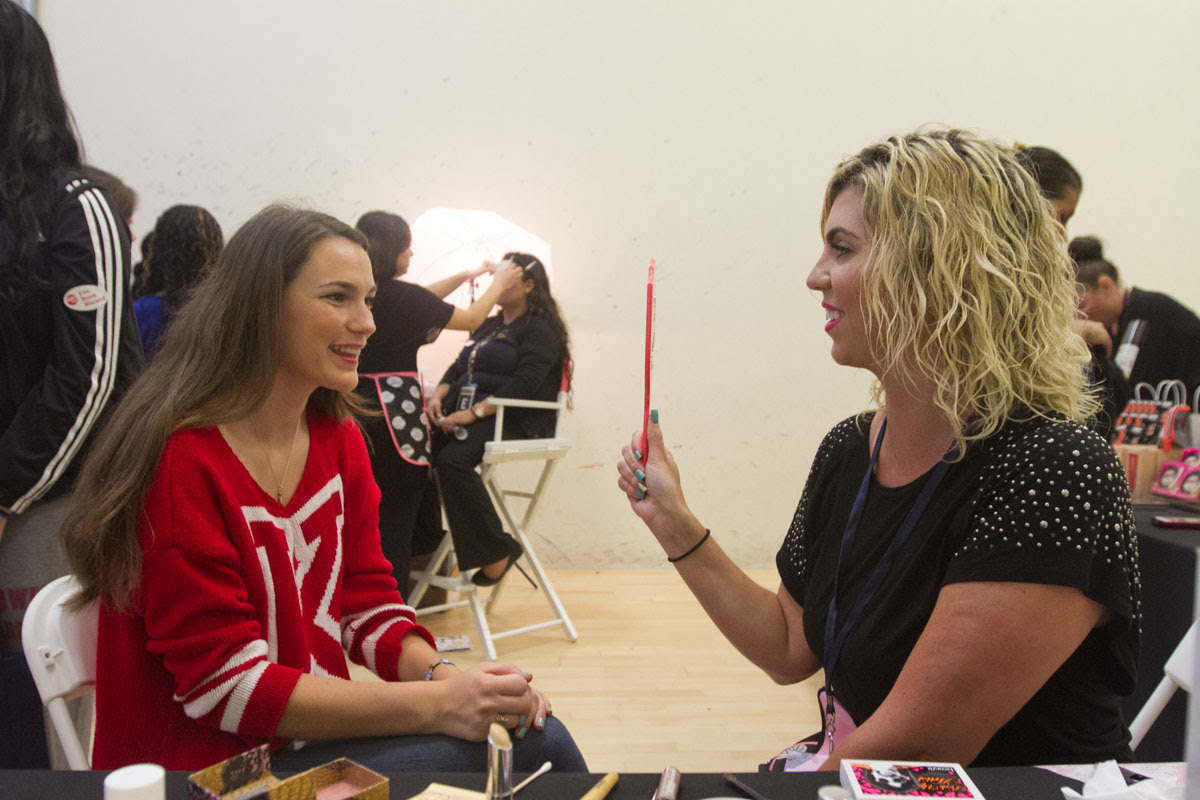 Some of the students partook in a free make up consultation.. 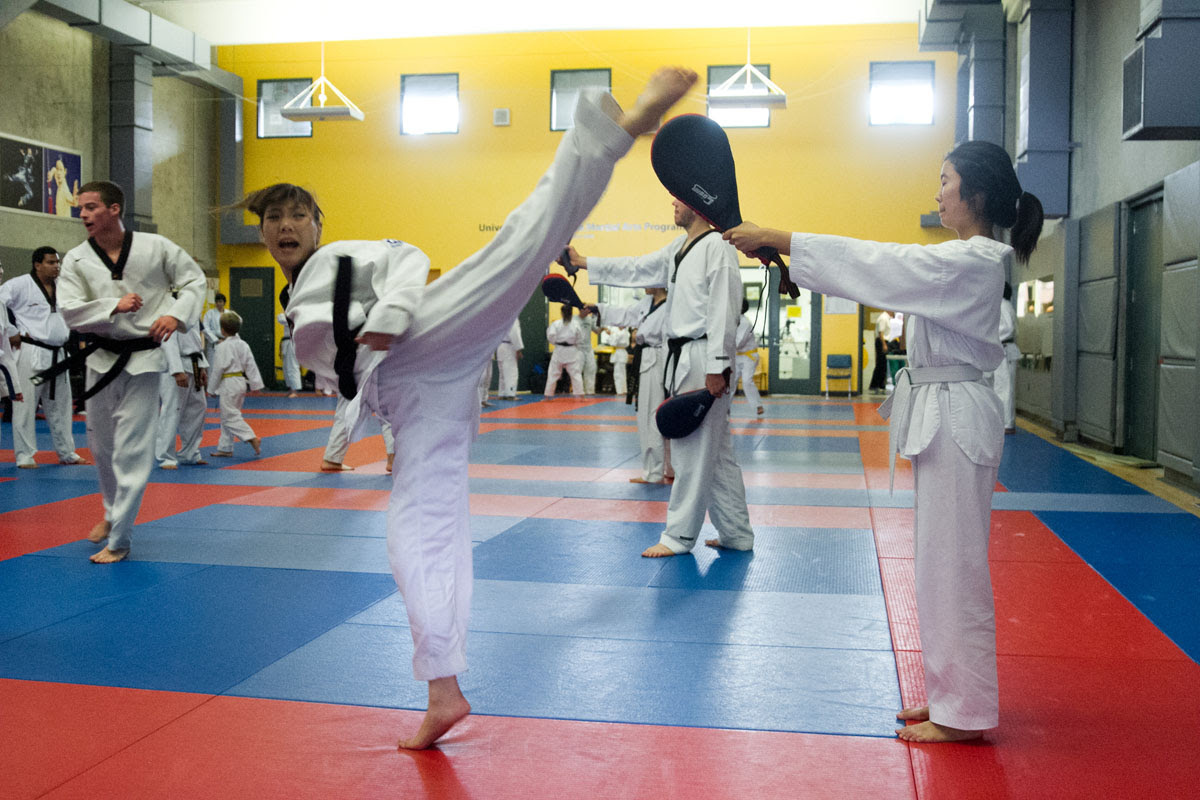 ...or took in some Martial Arts presentations... 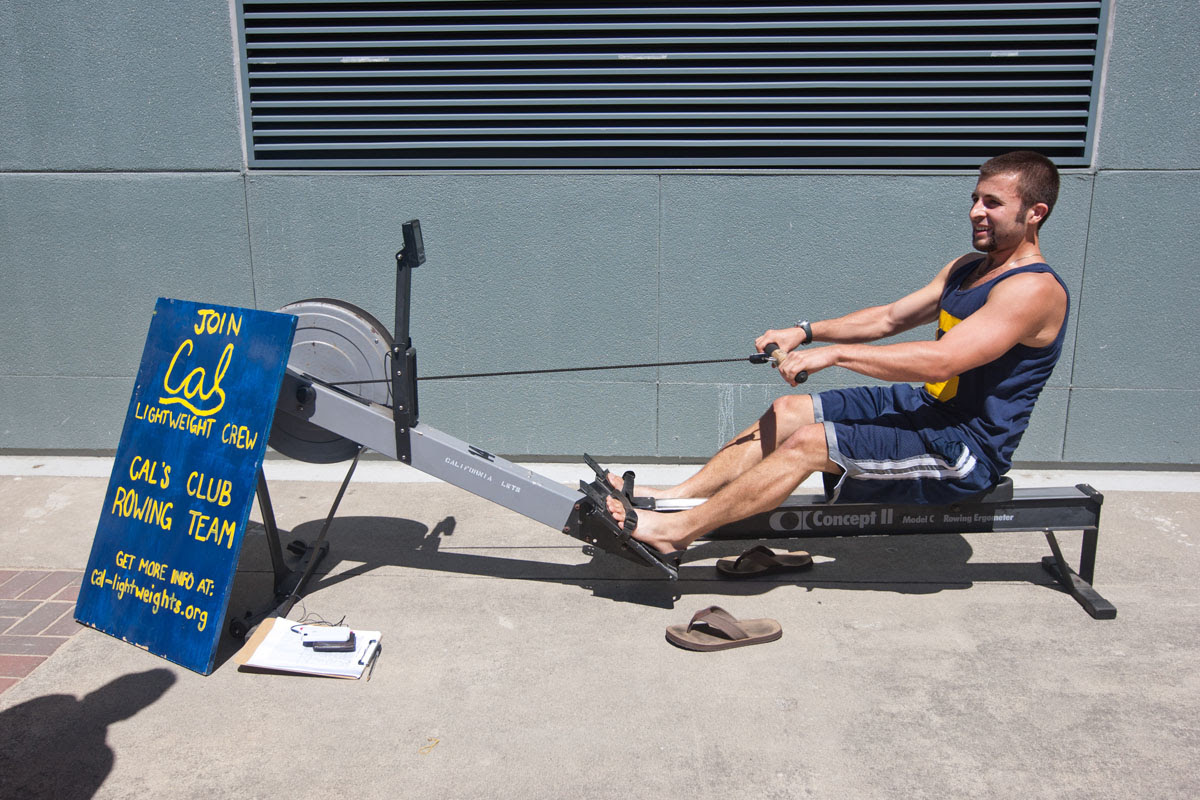 ...learned more about clubs to join... 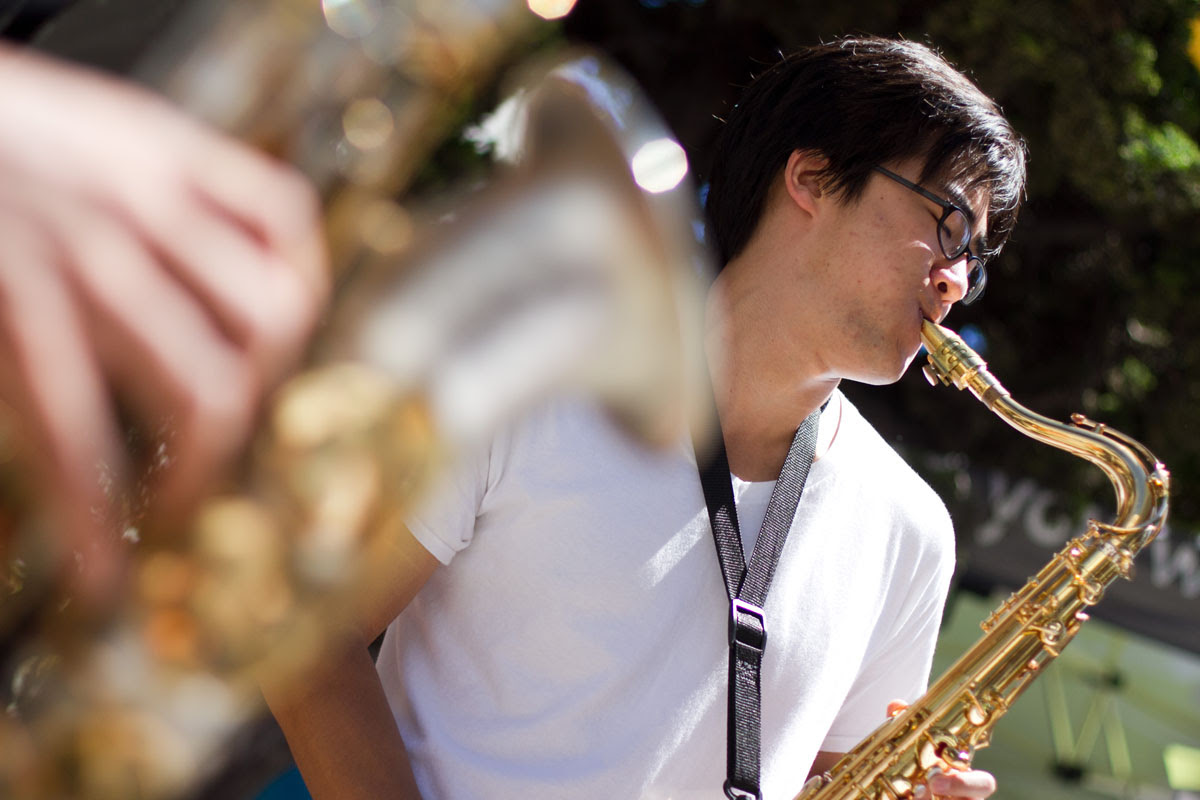 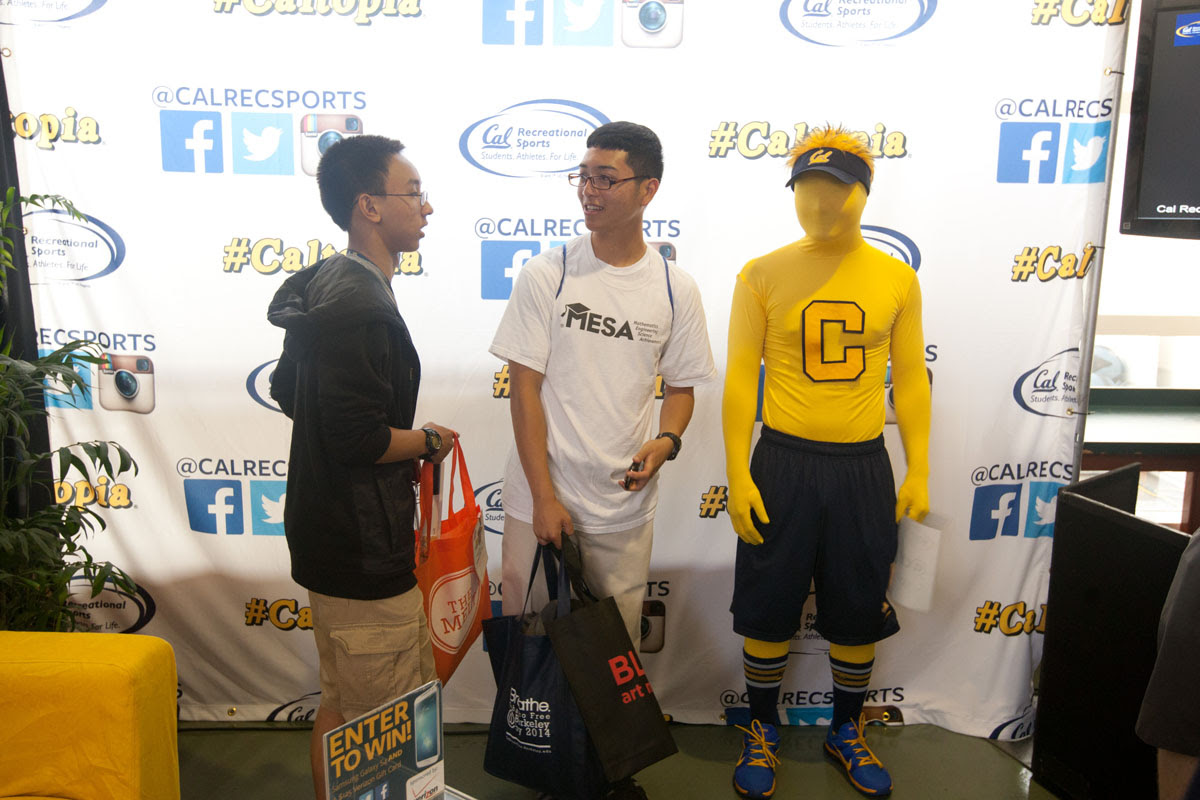 or got their photo taken with the Gold Man in the Social Media center. 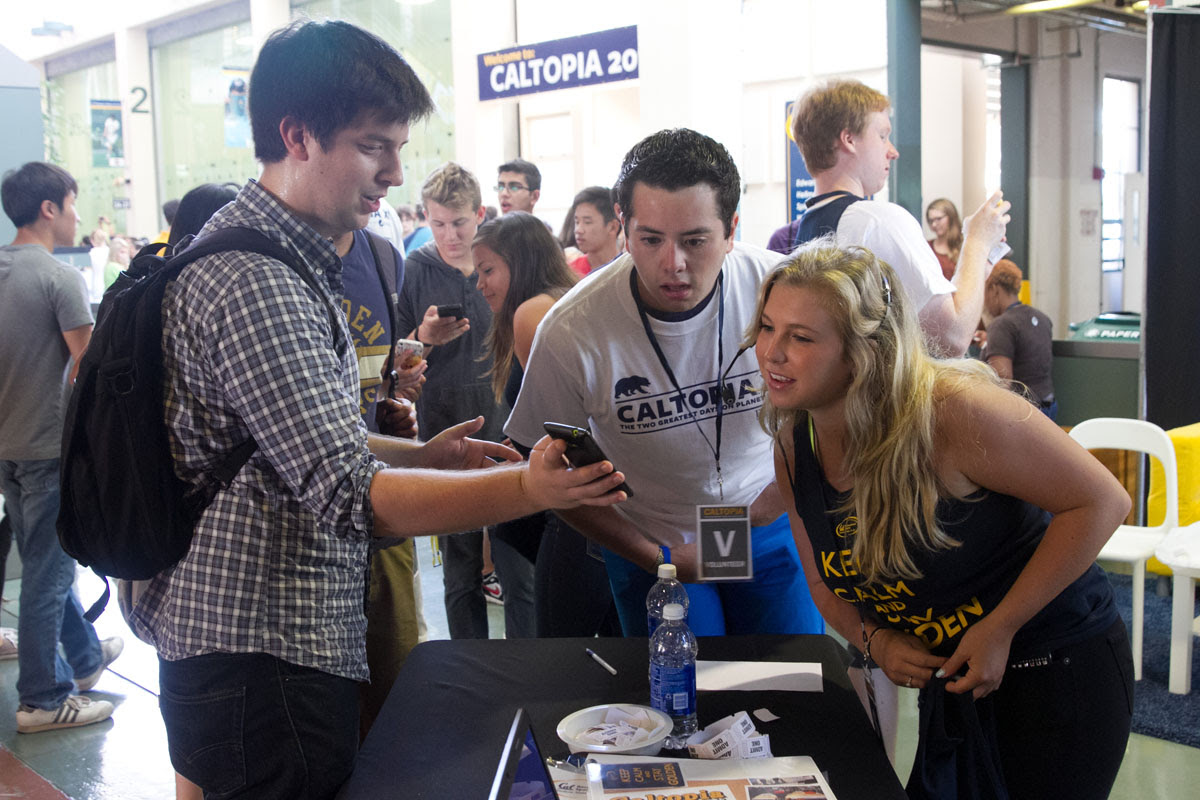 And if they marked their photo online with  #Caltopia they got a free t-shirt as well. 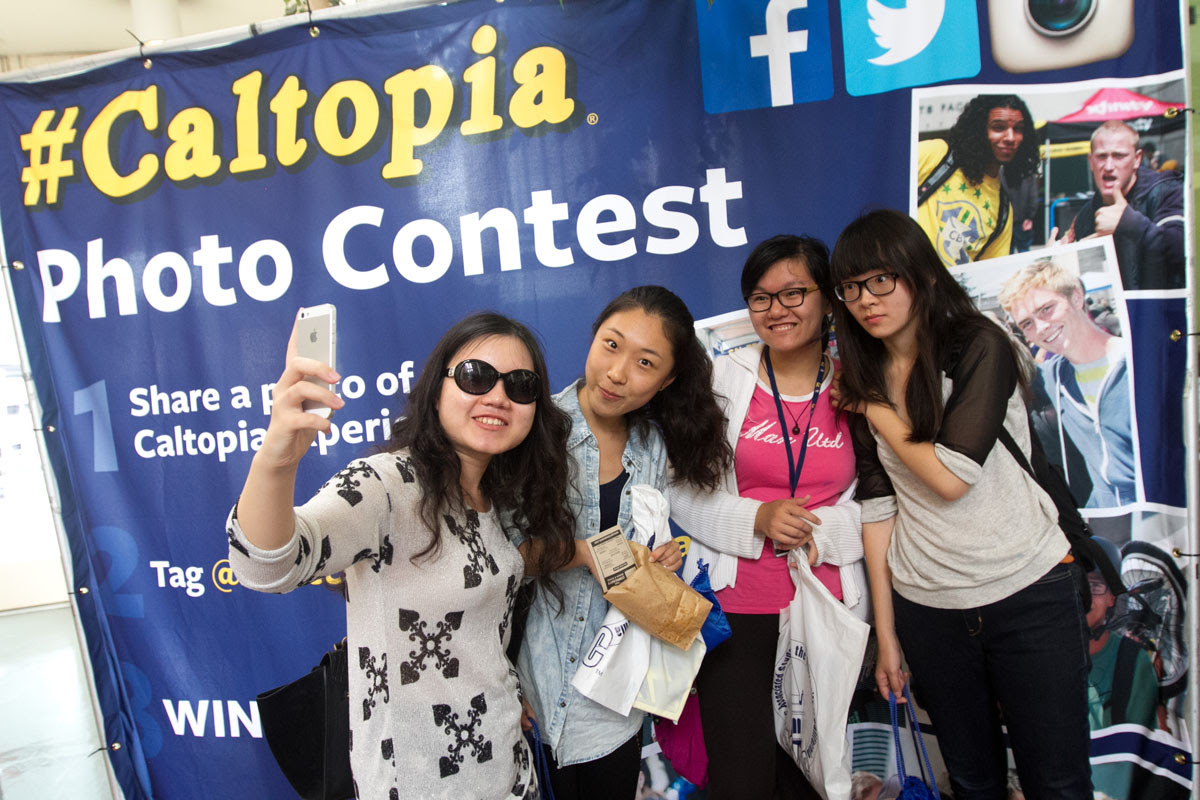 Posted by Douglas Zimmerman at 12:00 PM No comments: 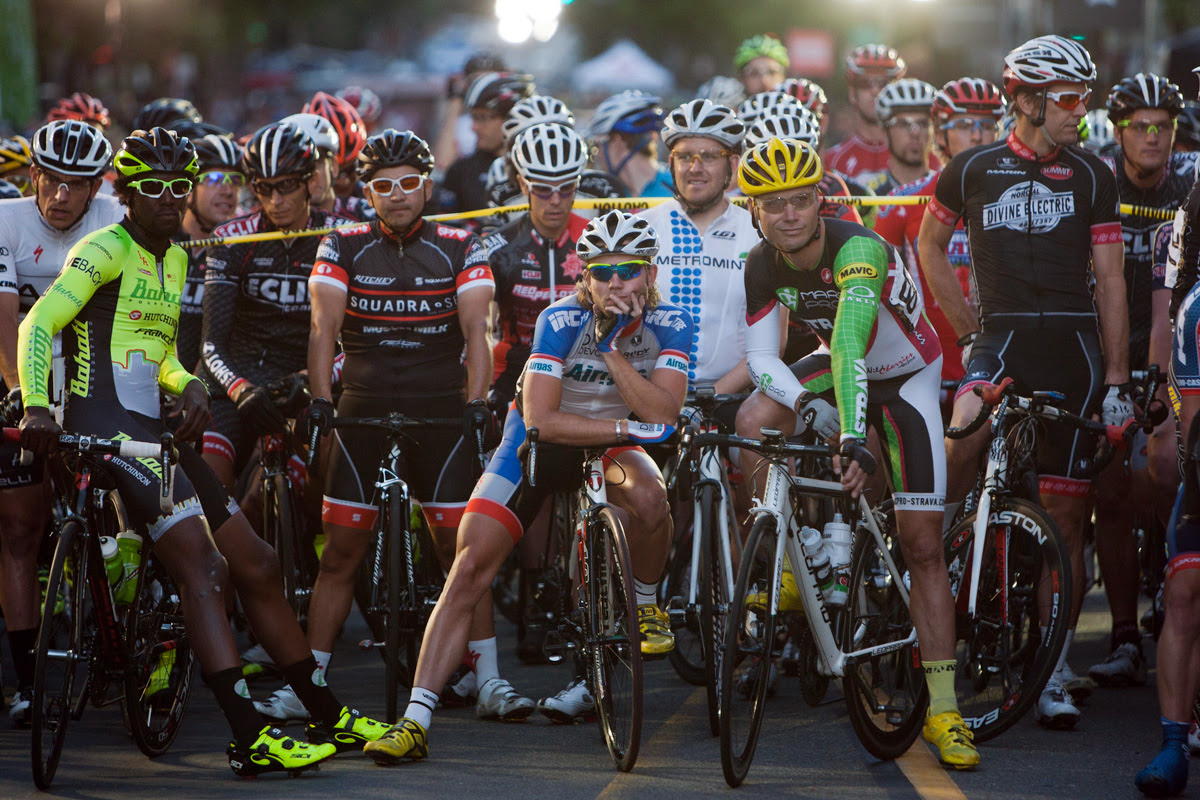 I've never photographed a criterium race, and was assigned by the Marin IJ to cover the Twilight Criterium race a few weekends ago in downtown San Rafael. 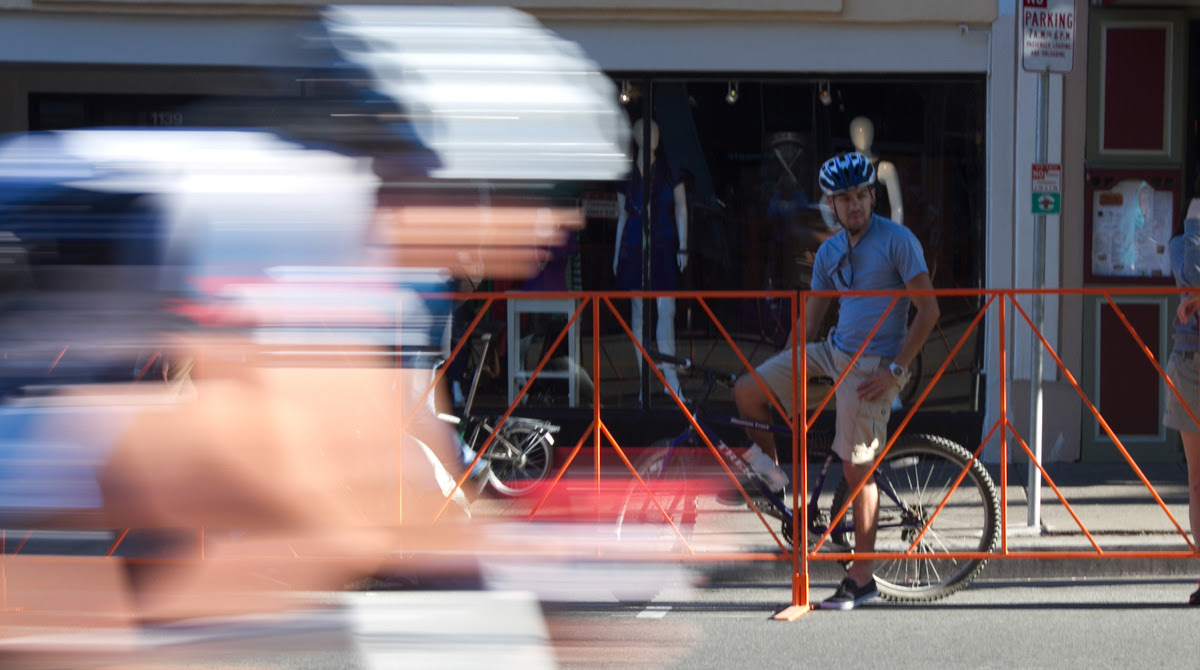 The criterium race is a loop course race that circled downtown San Rafael lined with spectators around. 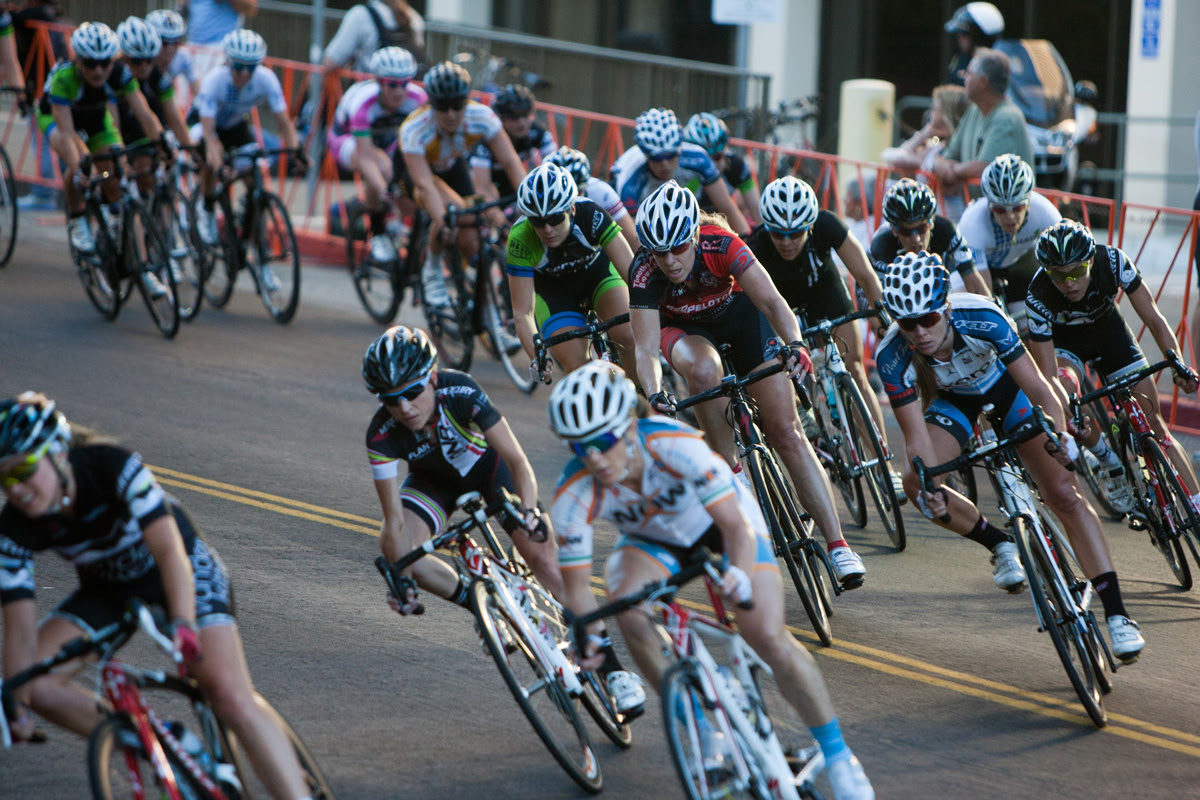 I photographed the women and men's professional races. 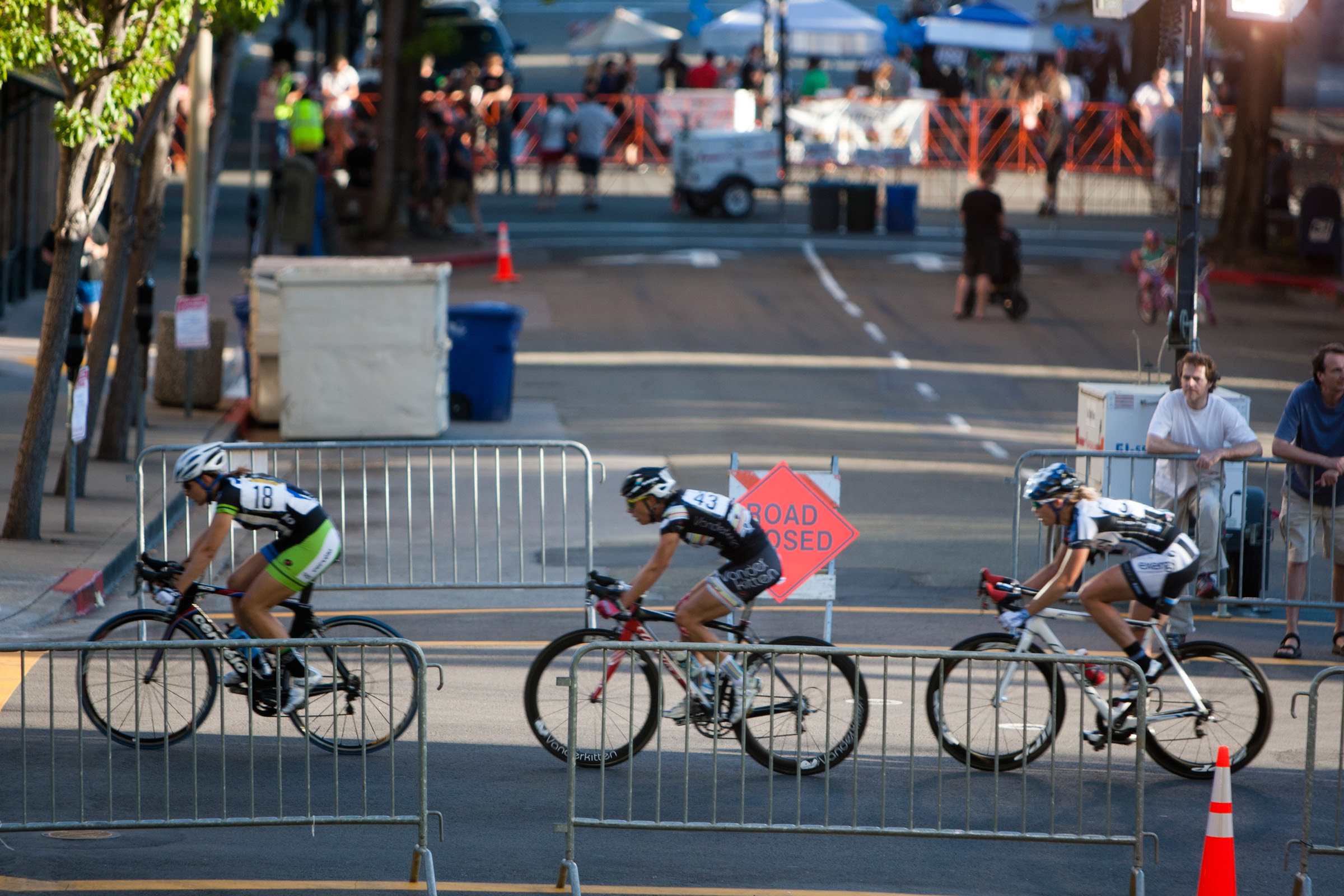 Each group raced multiple laps around the course. 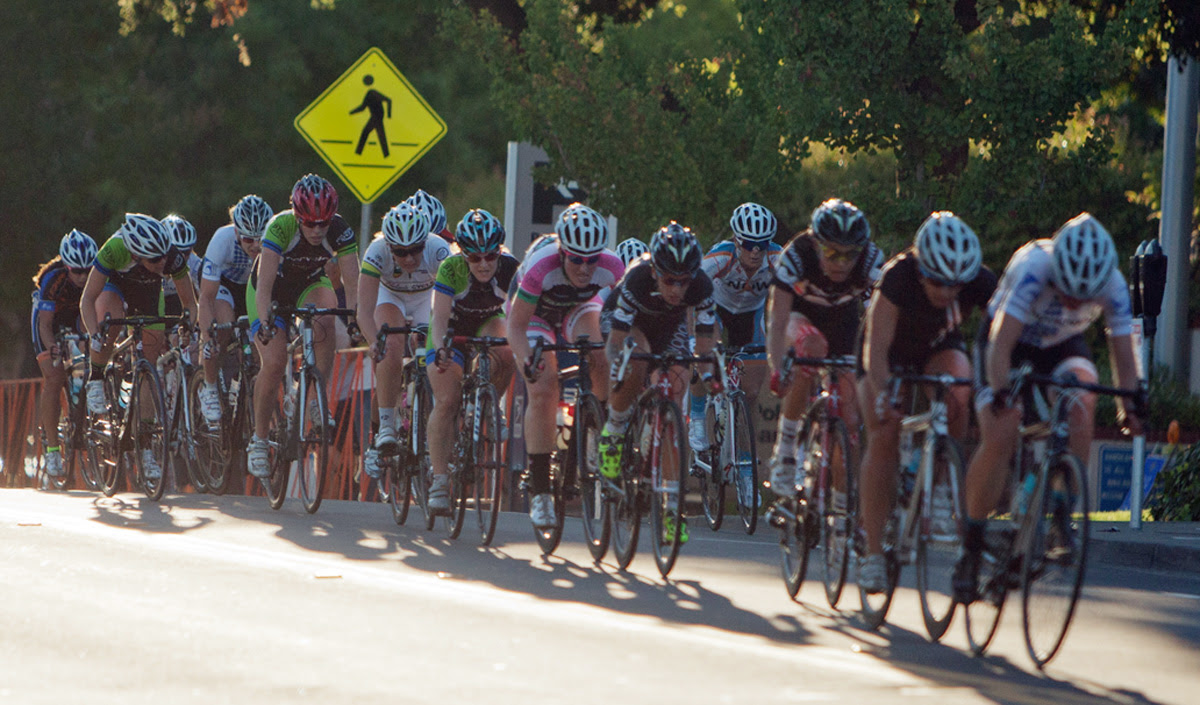 And it was fun to see a group of professional bicyclists racing on what are normally city streets. 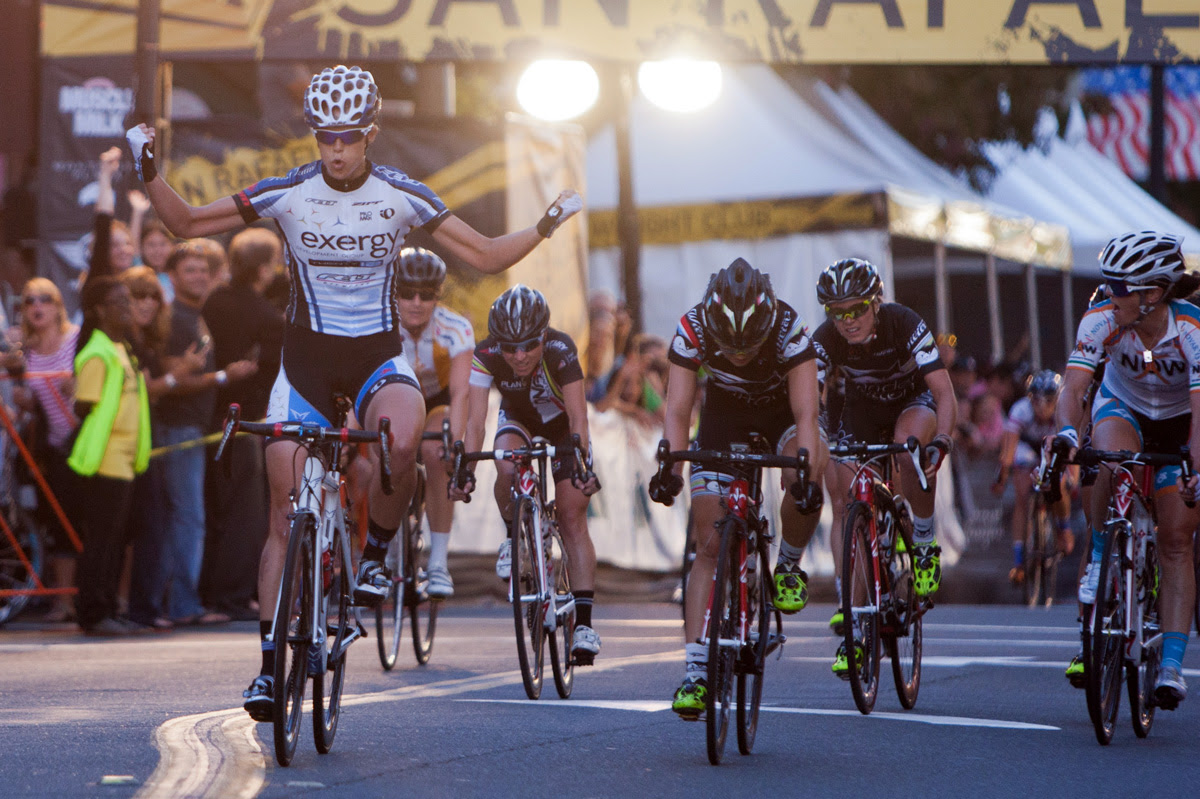 In the women's race Kimberly Wells of Australia won in a sprint at the finish. 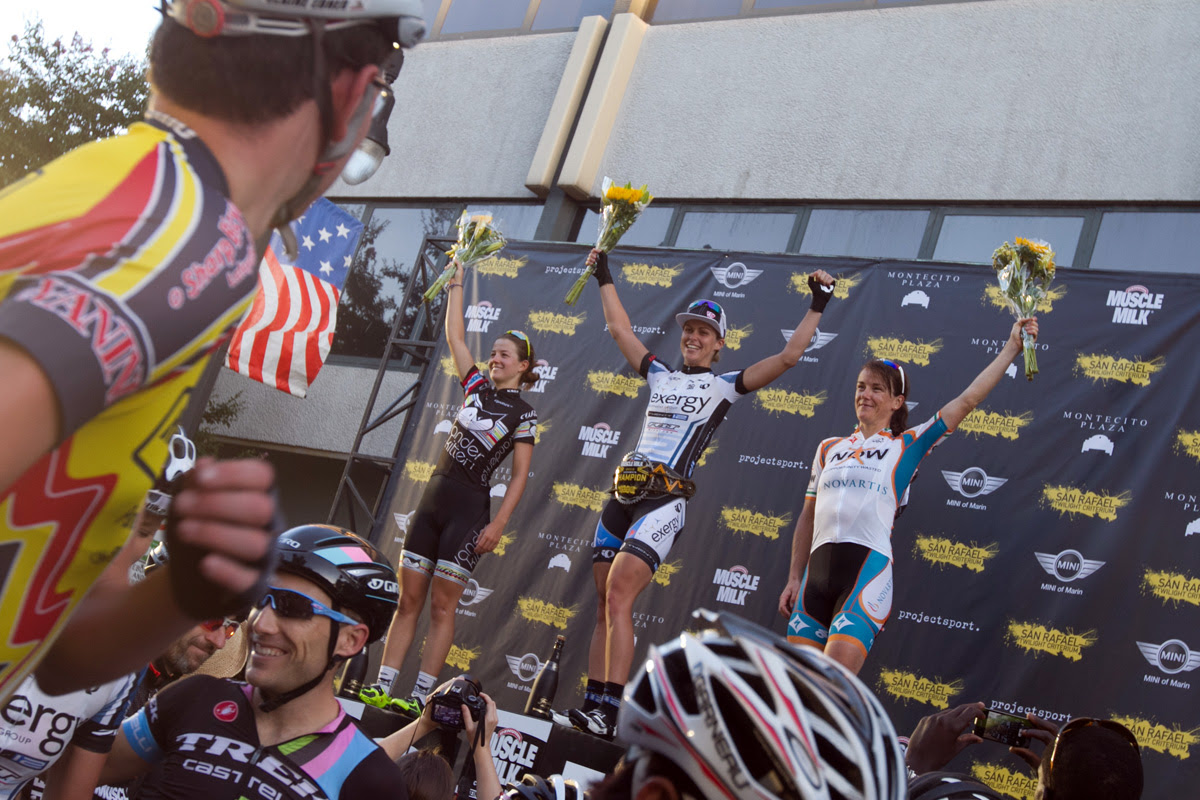 She celebrated the victory before the men's race... 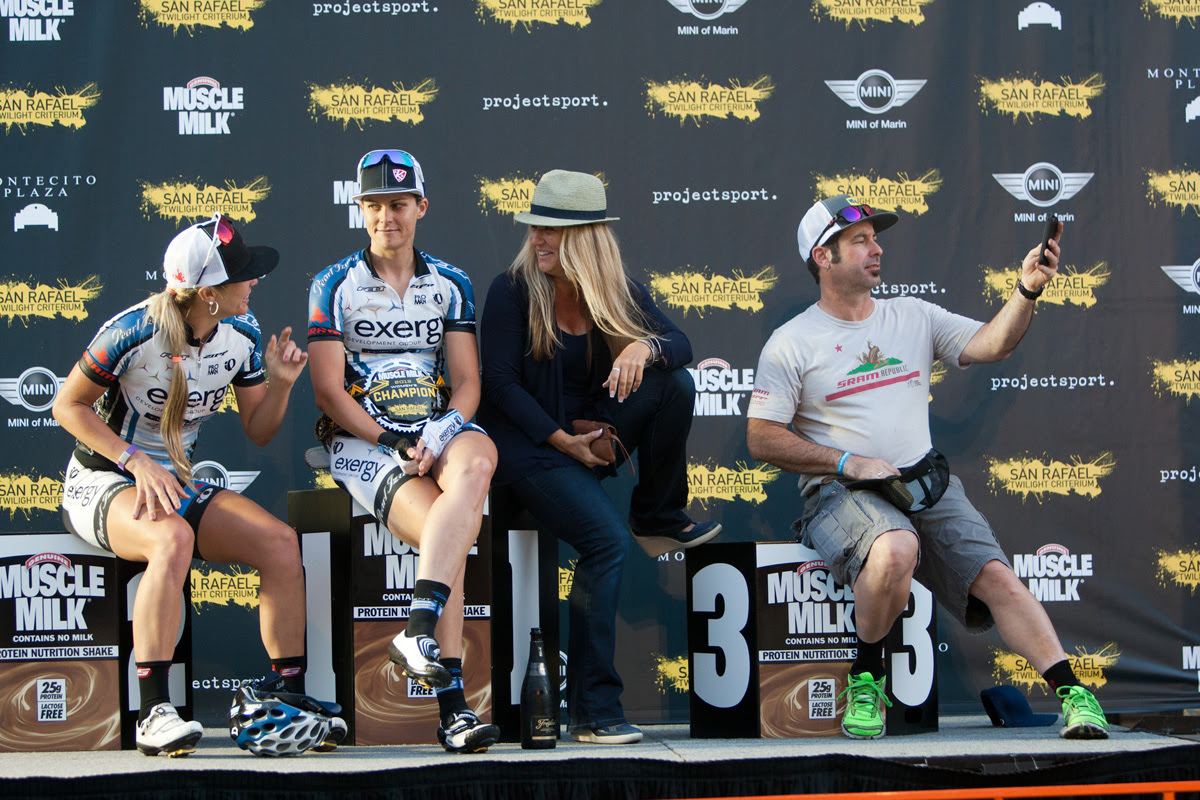 ...and was in no hurry to leave the victory stand afterwards. 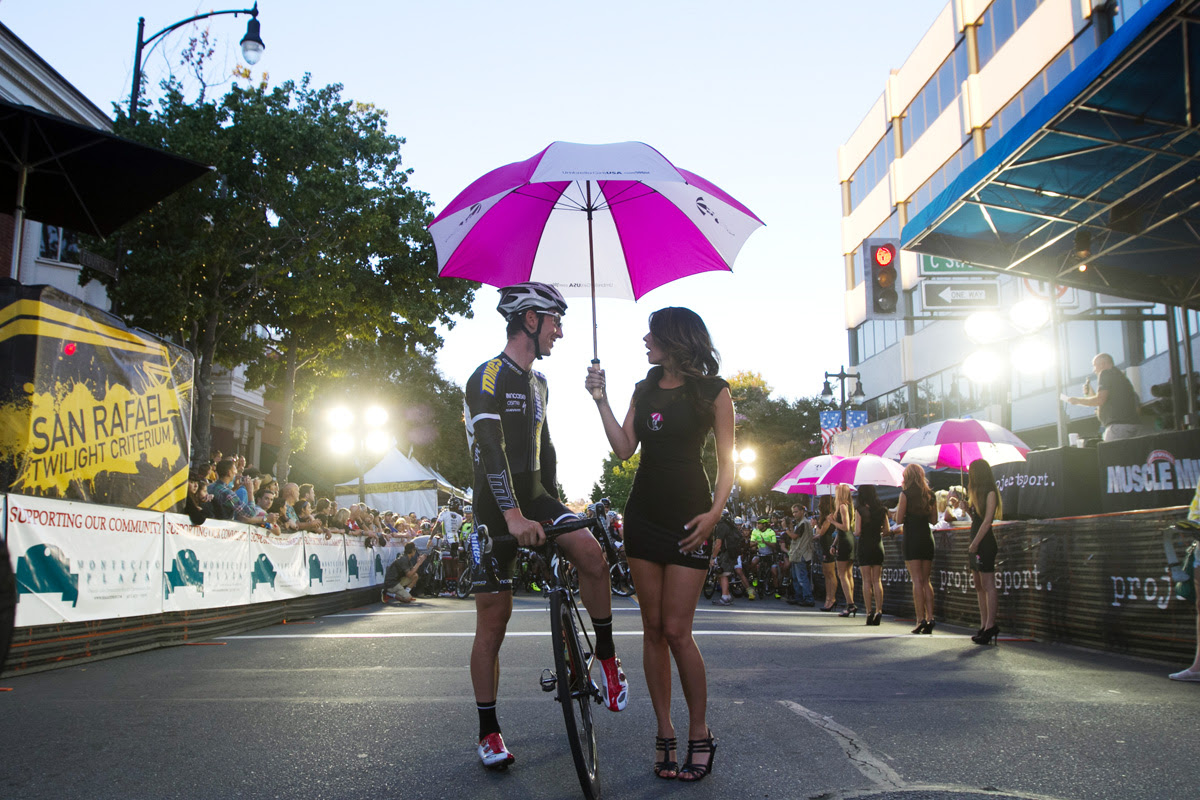 Before the men's professional race, the top bicyclists were introduced to the crowd by a group of ladies known as the "umbrella ladies." 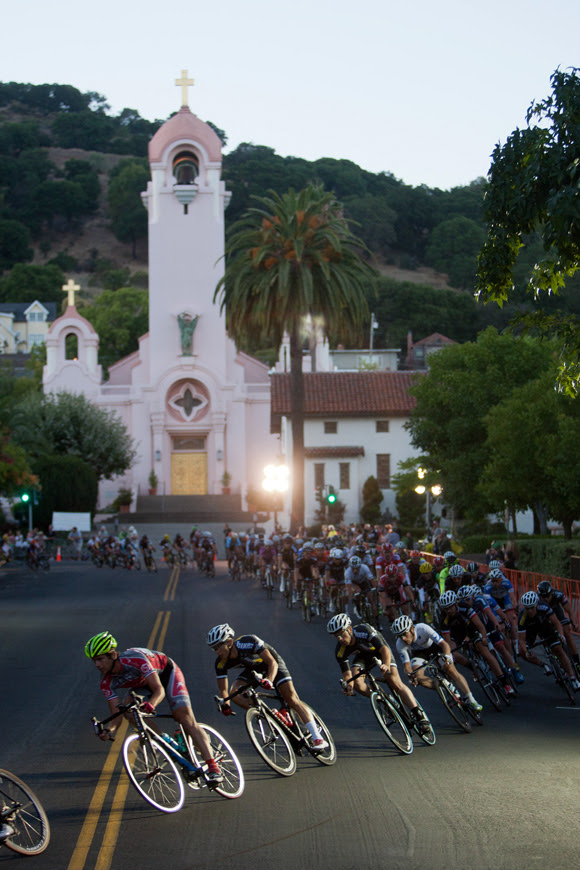 And as the sun set, the dozens of racers competed on the course. 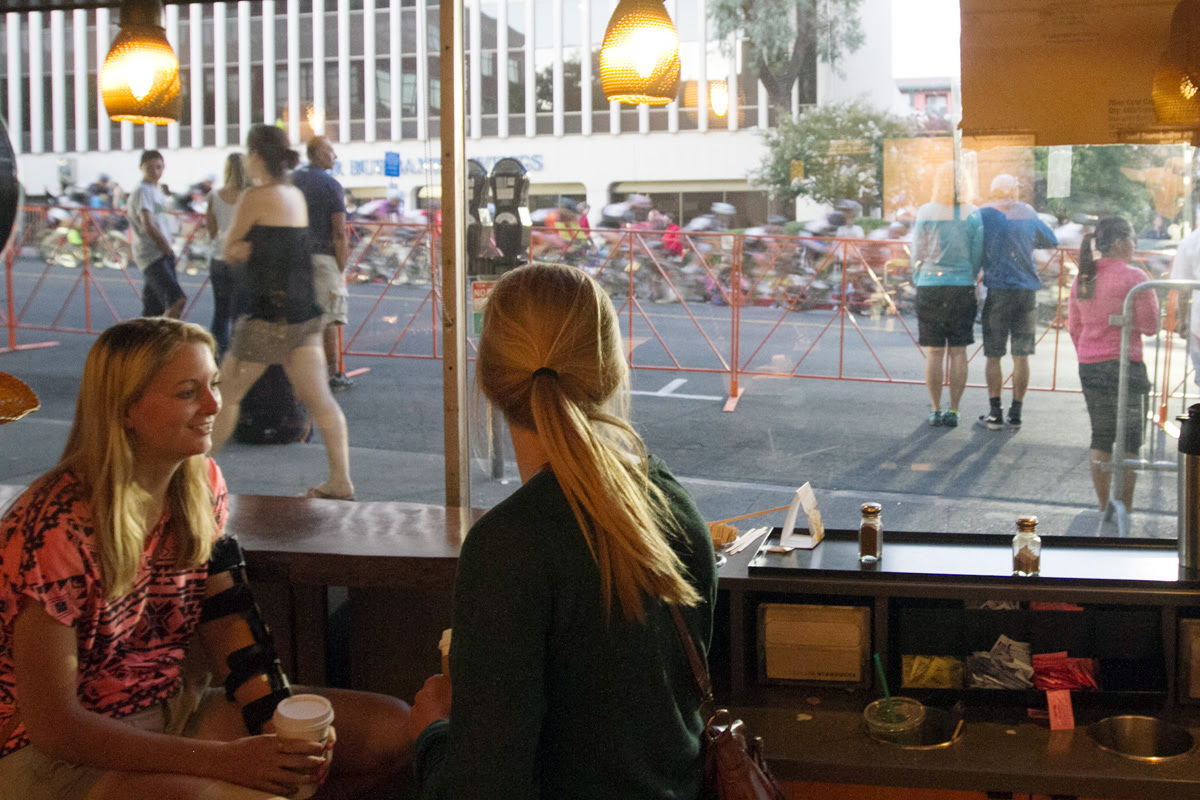 And some spectators watched the action from the Starbucks next door. 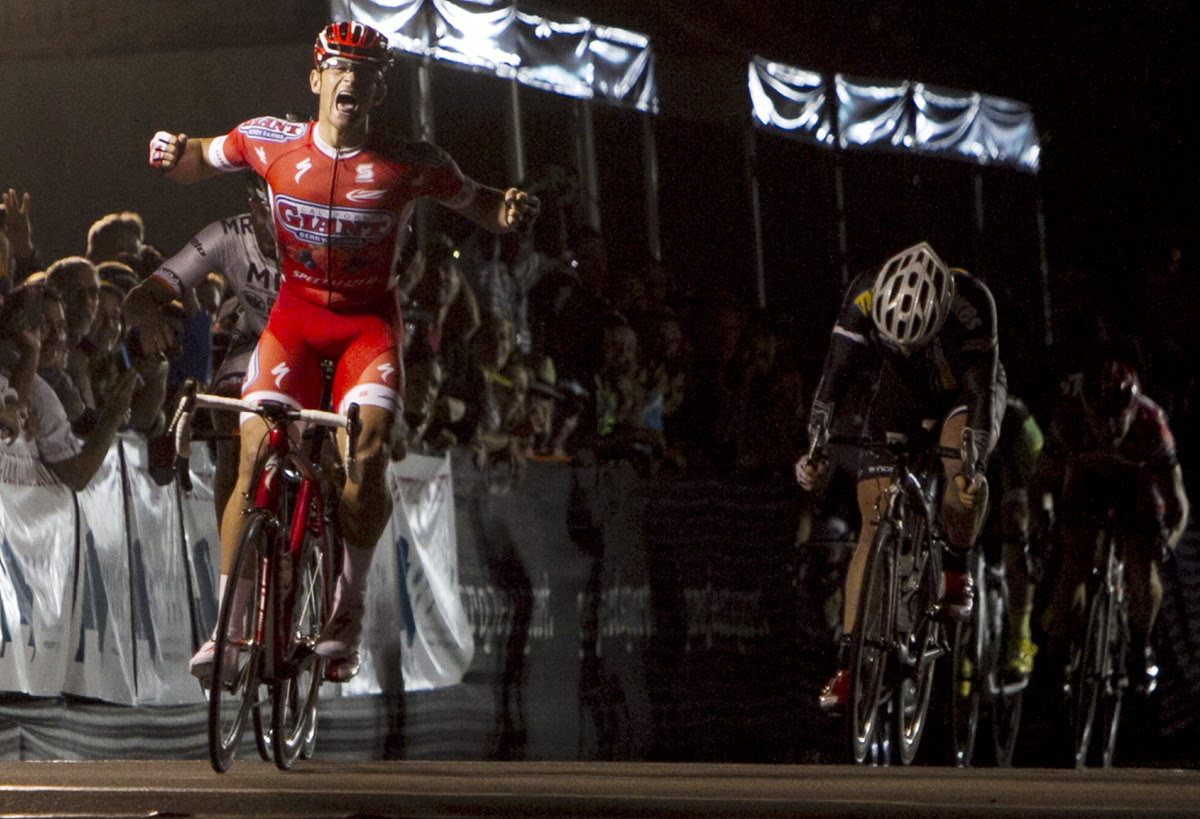 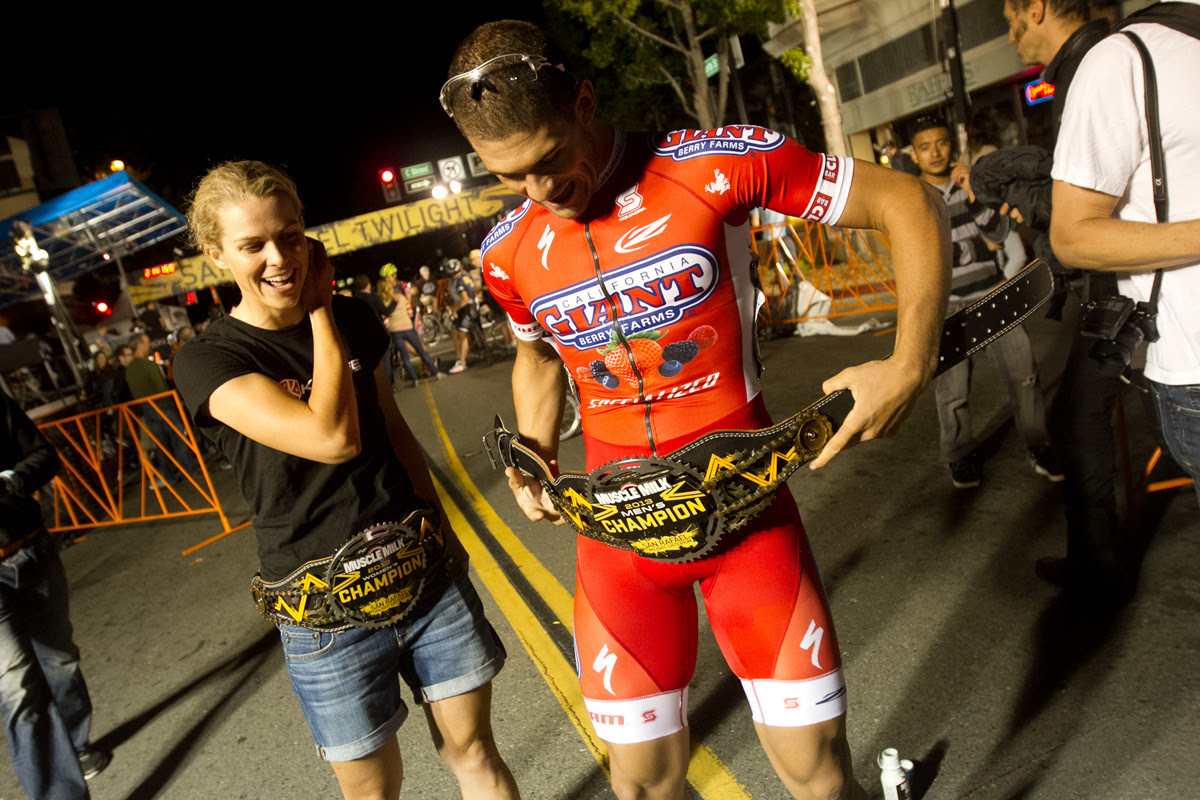 And after the race Professional women's winner Kimberly Wells and Professional Men's winner Eamon Lucas placed on their winner belts to have a photo taken together.   If you want to see more of the photographs view the Marin IJ photo gallery.
Posted by Douglas Zimmerman at 10:35 PM No comments: