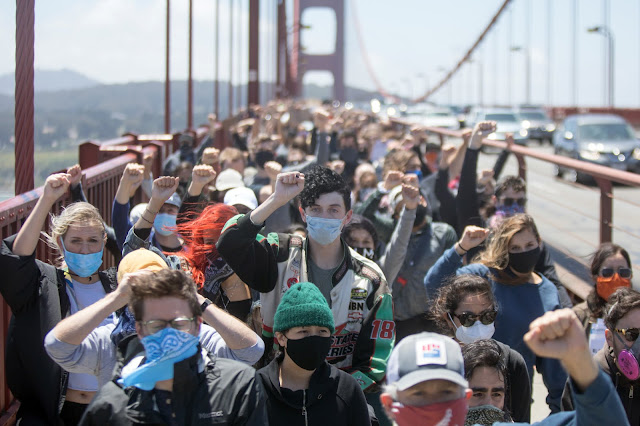 A peaceful protest against the death of George Floyd and in support of Black Lives Matters on the Golden Gate Bridge turned tense Saturday afternoon after thousands of protesters entered the roadway halting traffic in both directions for over a half-hour.

The California Highway Patrol was able to chase off most of the protesters, but several had to be removed by force onto the bridge’s pedestrian walkway. 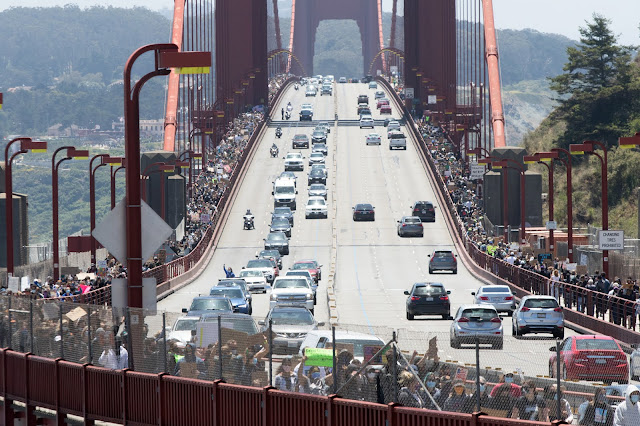 Before protesters entered the roadway, thousands gathered at the plaza in San Francisco at noon to start their march north to Marin.

California Highway Patrol officers rode a single file in the slow lane of the northbound roadway to block vehicles from being close to the protesters and to discourage any of them from leaving the pedestrian walkway. Many held signs chanting, “His name? George Floyd!” “Black Lives Matters,” and “No justice, no peace.”

Protesters stretched the whole span of the east pedestrian walkway.  At one point, protesters stopped their march and took a knee for 8 minutes and 46 seconds, the amount of time a Minneapolis police officer kneed George Floyd, who died at his hands. Some raised their fists in the air, a symbol of black power and unity. 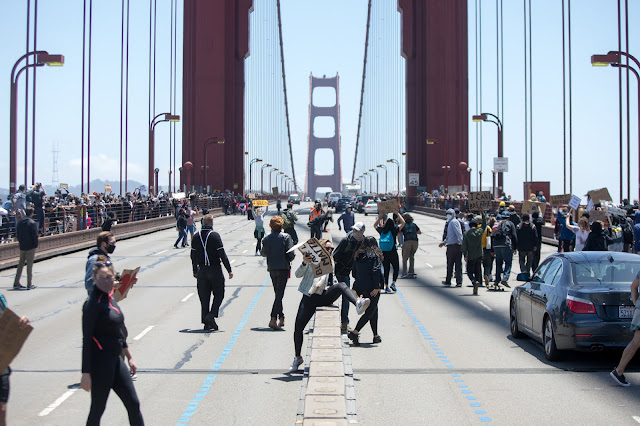 It was during this point that protesters entered the northern roadway jumping over the railing from the east walkway. Eventually, protesters from the west walkway also jumped the fence. 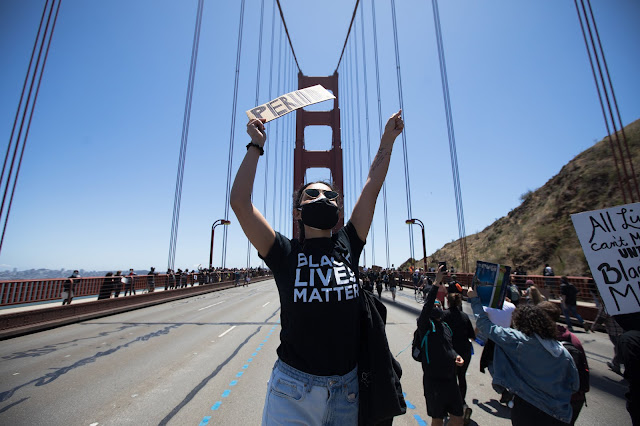 California Highway Patrol officers were able to get traffic moving on the northern roadway within several minutes. Still, thousands of protesters marched on the southbound road for 20-25 minutes chanting and holding signs. 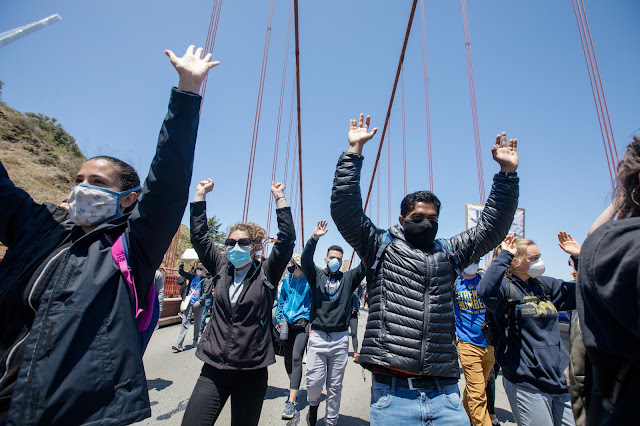 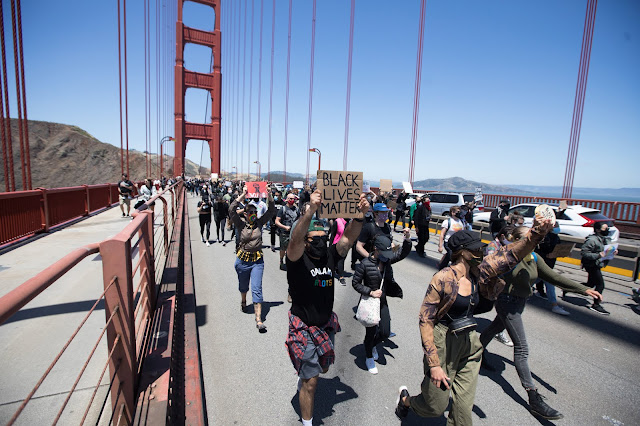 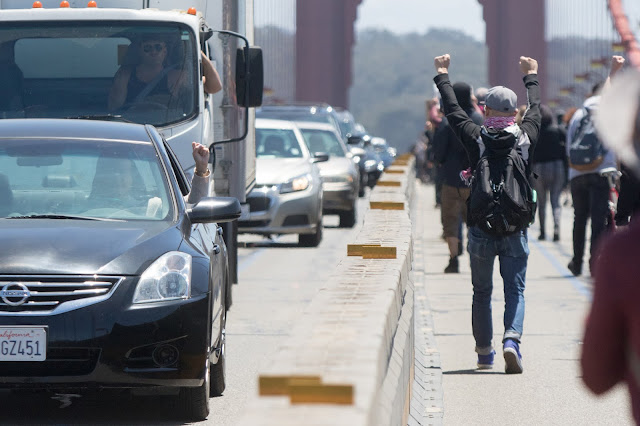 Then CHP motorcycle officers advanced from the Marin side of the bridge with sirens blaring and chased off most of the protesters back onto the pedestrian walkway. 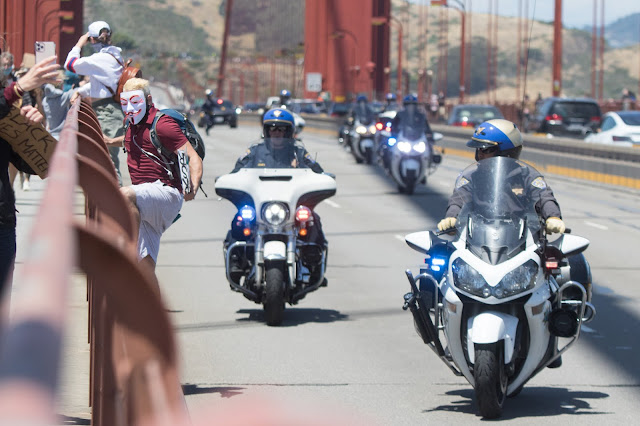 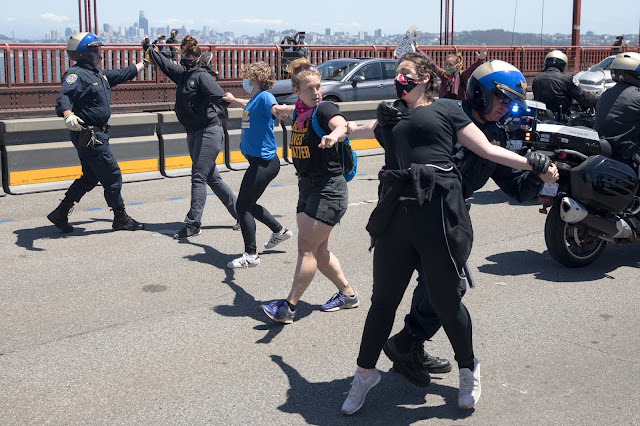 A handful of protesters refused to leave the roadway and were forcibly removed to the fence separating the road from the pedestrian walkway and were told to climb over. 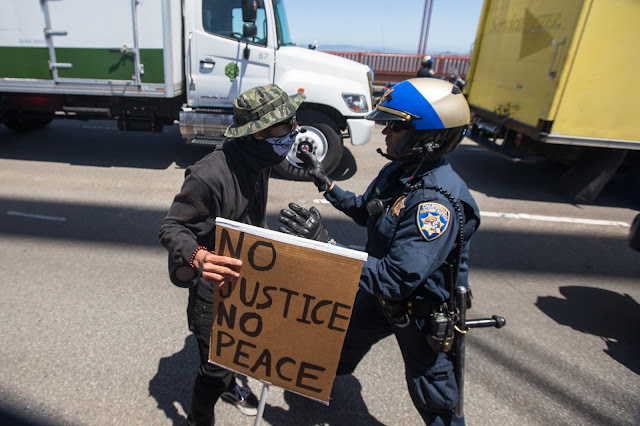 One protester, James Barham from Alameda, exchanged words with a CHP officer and refused to move. He was pushed in the chest by the officer and then joined by several other CHP officers to force Barham over the fence. 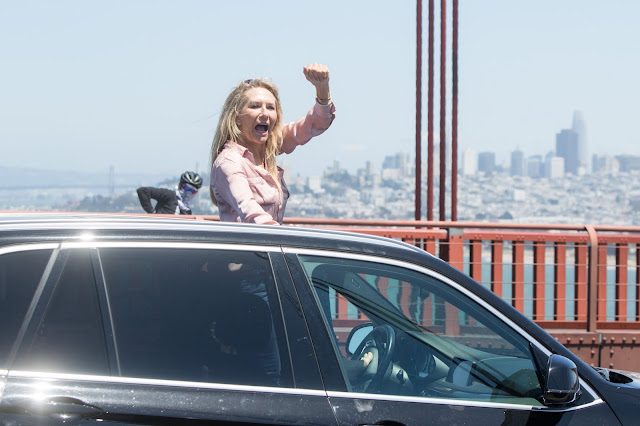 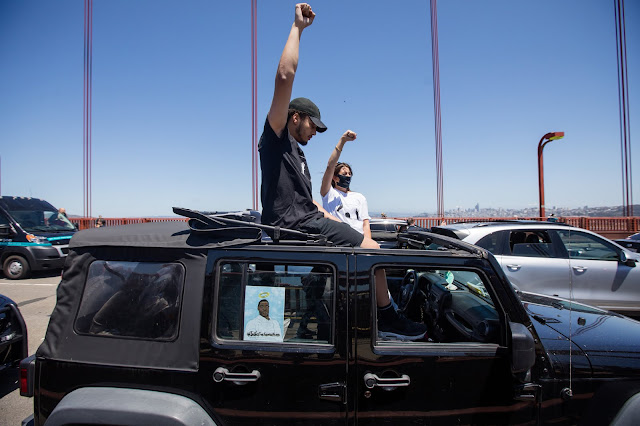 ...or raised their fists in the air in solidarity. 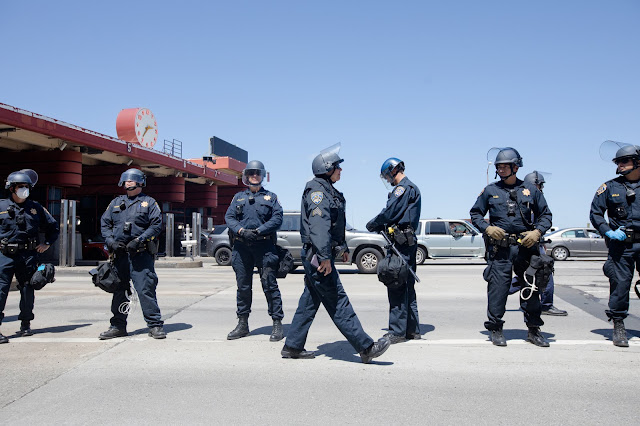 CHP moved other protestors that stopped traffic at the toll plaza and were able to get traffic moving. But the protesters had made their voices heard loud and clear.

To see more photos read the article on Marin IJ.
Posted by Douglas Zimmerman at 7:10 PM No comments: