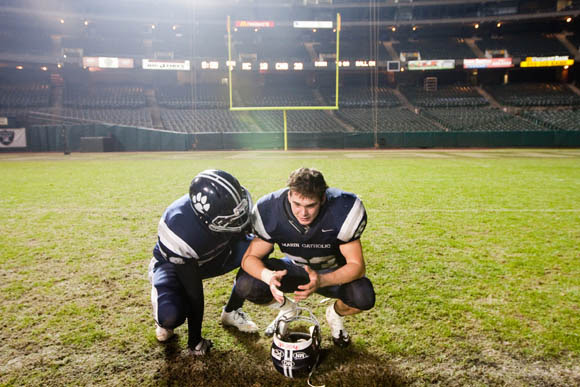 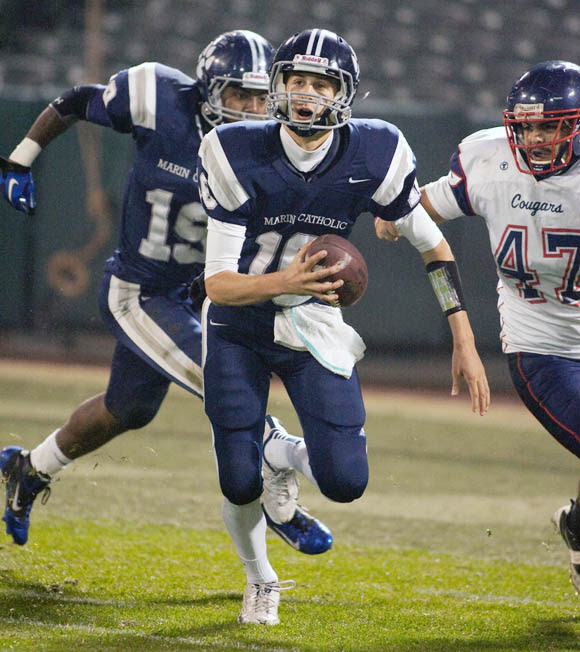 Marin Catholic (MC) were heavily favored to win the game and play for the California State championship game next weekend in Los Angeles. But from the beginning Campolindo attacked MC from the start of the game, getting them out of their groove. 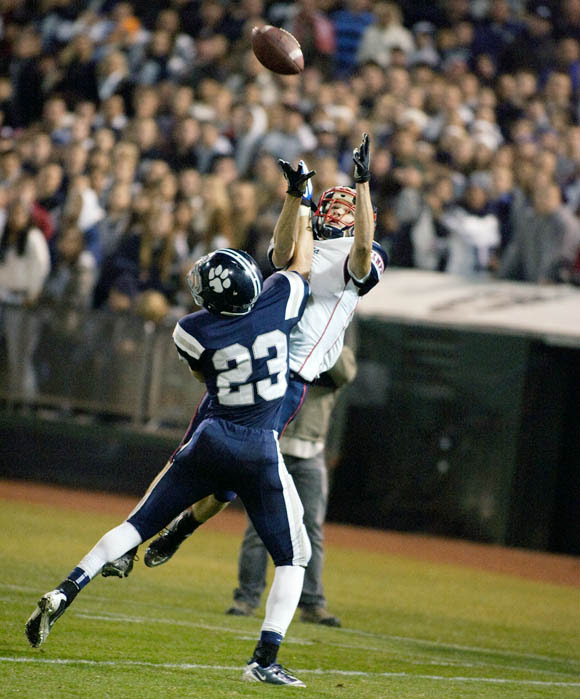 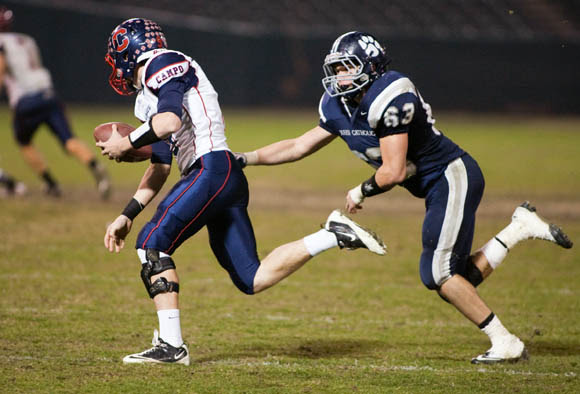 ...and tried to stop the quarterback from gaining large yards, but Campolindo held the lead at half time and through most of the second half. 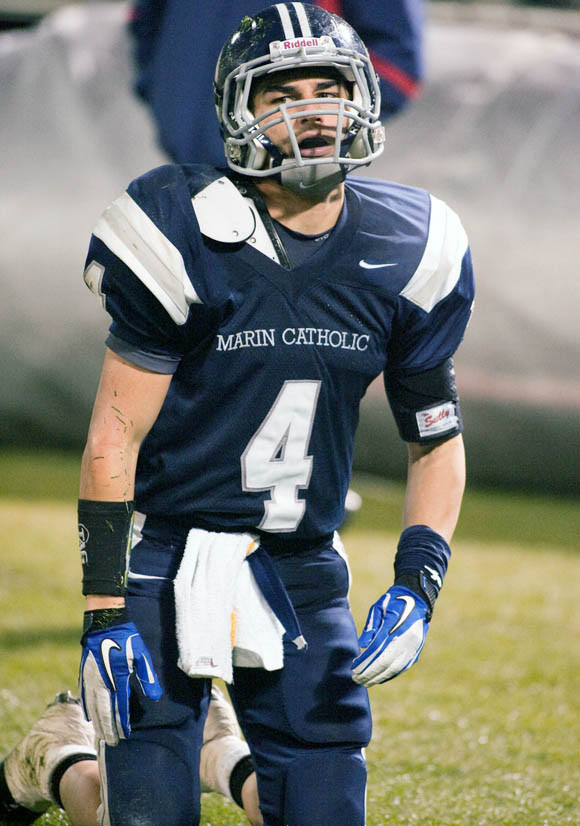 MC had their chances to take the lead. A couple of passes in the end zone were dropped... 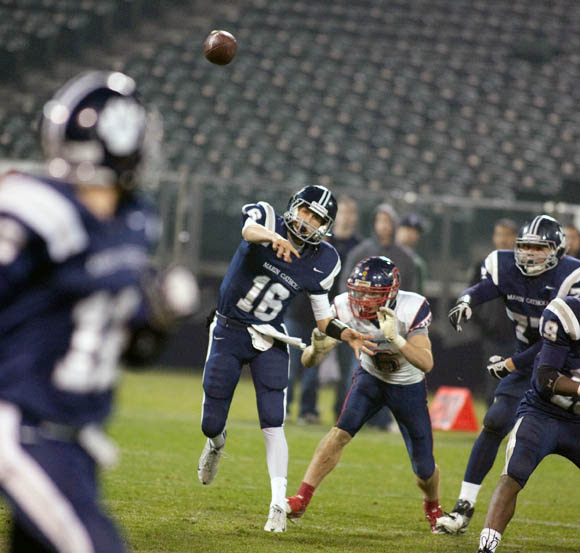 and their star quarterback Jared Goff did throw one beauty of a touchdown pass. 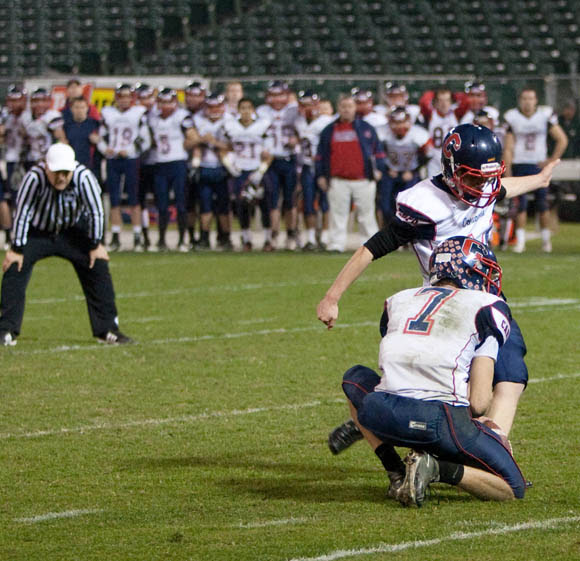 But after they took a one-point lead, Campolindo drove down the field and hit a winning field goal with time expiring. 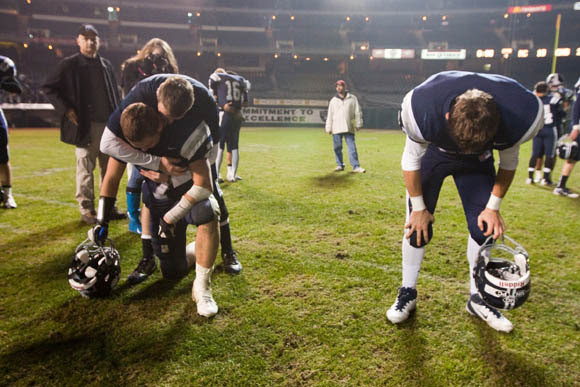 The Marin Catholic team were crushed at their defeat. 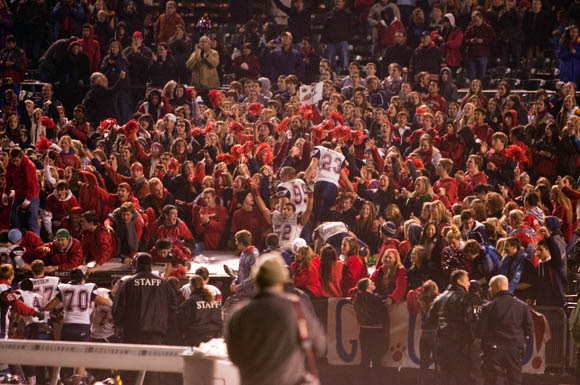 As the Campolindo fans and team celebrates their victory... 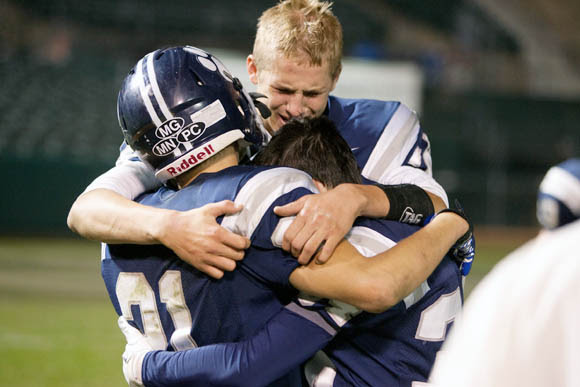 ...all the Marin Catholic team could do was console each other... 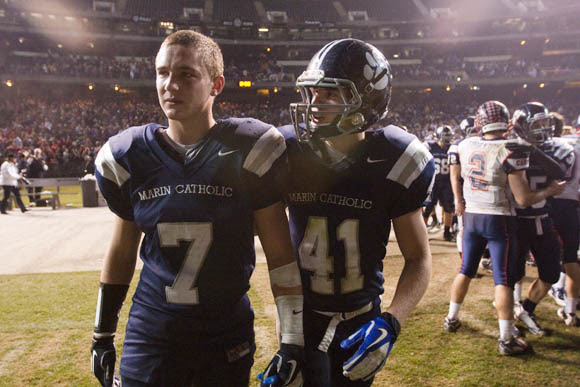 ...and wonder what might've been. I guess that's why, as the old cliche goes, they do indeed play the game.