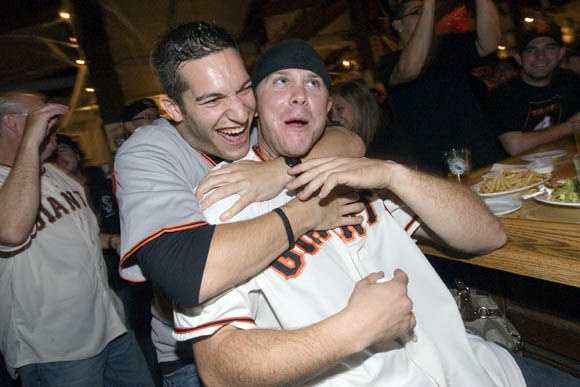 I was on assignment for the Marin IJ shooting fans reactions for Game 1 of the World Series. 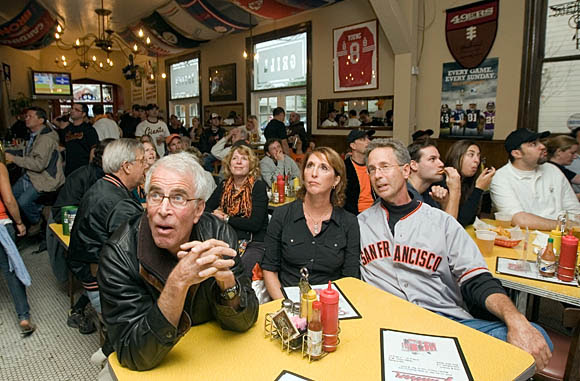 At the beginning of the game it looked like I was going to be taking a lot of photos of unhappy and worried Giants fans... 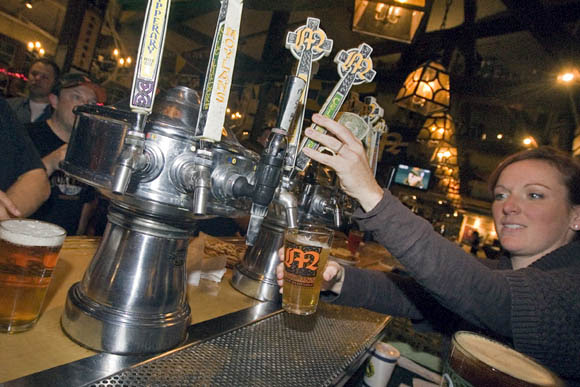 And I was also taking photos of how well sports bars were doing cause of the Giant's run... 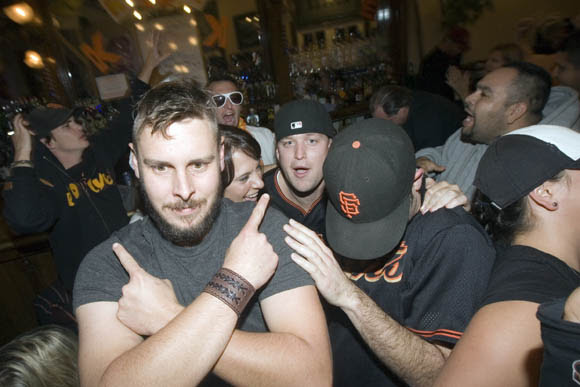 But in the end after a wild and crazy game the Giants fans were able to celebrate a game 1 win. A good start, but only a start.
Posted by Douglas Zimmerman at 10:08 AM No comments:

First rain of the season 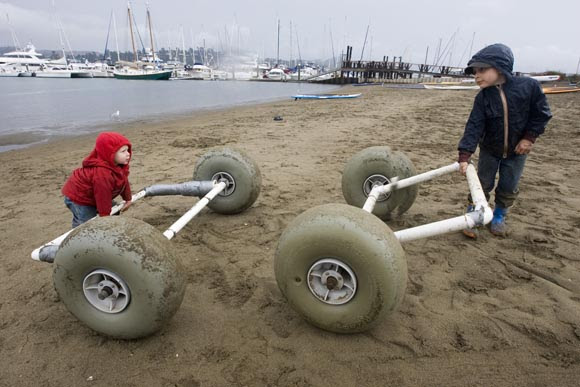 I was covering the Tiburon Mile for the Marin IJ on Sunday (will post that tomorrow) when the first significant rainfall of the wet season happened on Sunday. So I went into weather feature mode. 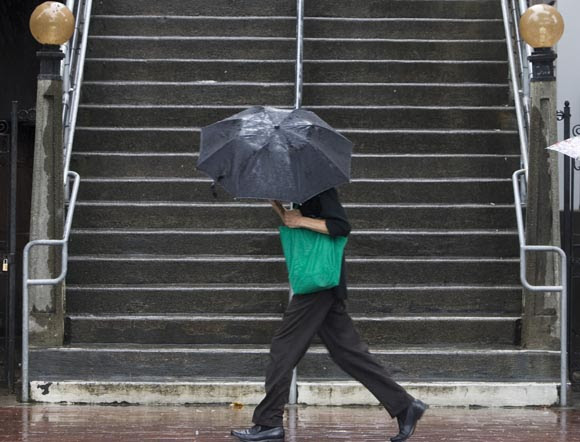 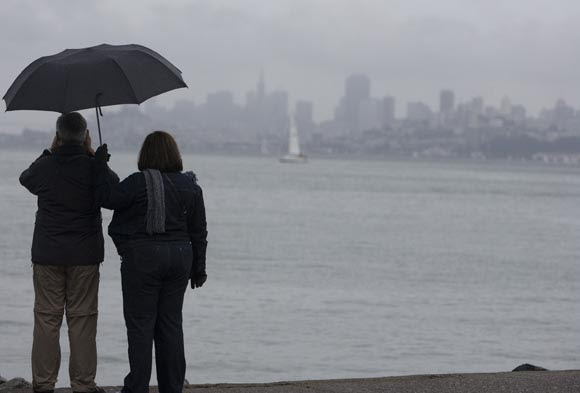 And got to take in the view of the bay as well. It was nice to have rain here but I do hope there is one more warm spell before the rain sets in for good!
Posted by Douglas Zimmerman at 12:15 PM No comments:

Mill Valley Film Festival and Giants Game in One Night 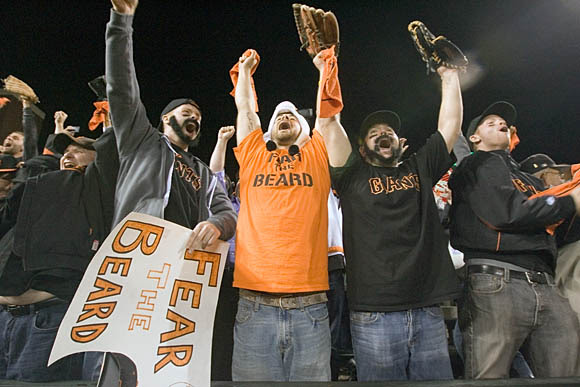 Thursday nights was one of those nights that makes me love being a photojournalist: mixing up photographing film stars and than catching the end of the Giants vs. Braves opening playoff game. 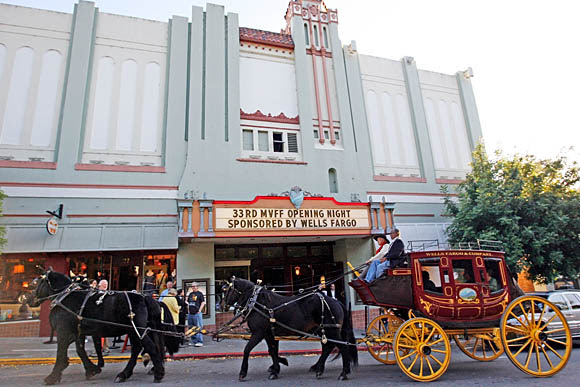 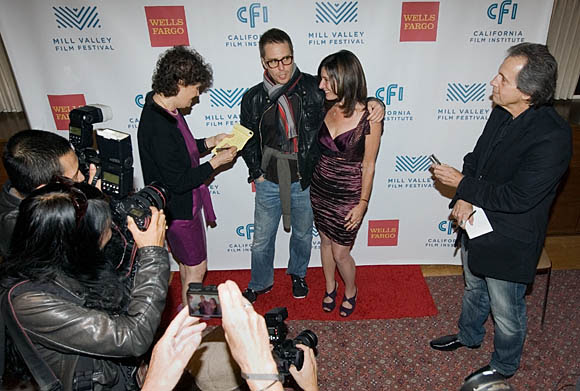 Sam Rockwell was the featured Hollywood star at the opening night of the film festival. Here he poses with Pamela Gray, the screenwriter for "Conviction," which Rockwell stars in. The Marin IJ story is here. 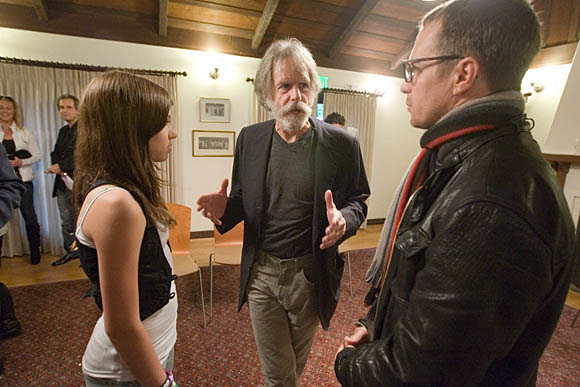 After talking to the media I took photos of Rockwell talking with Bob Weir, from Greatful Dead fame, and his daughter talking about acting and baseball. Weir was excited about the Giants game, as was I... 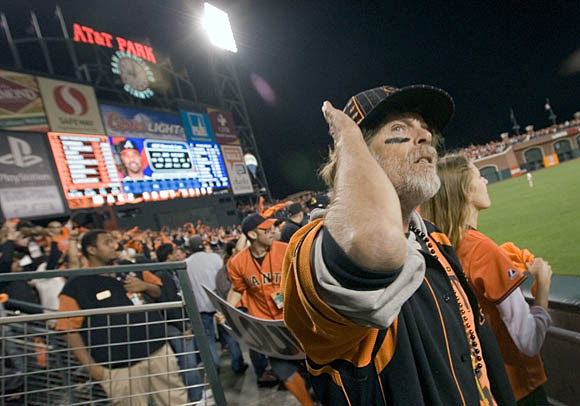 (and no its not Weir at the film festival and the game) ...so after filing my photos into the paper for the deadline, I took advantage of my media credential to get to AT&T Park for the last inning of Tim Lincecum's amazing performance in game 1 of the NLDS playoffs. I love photographing fans of all sports, in case you didn't know. 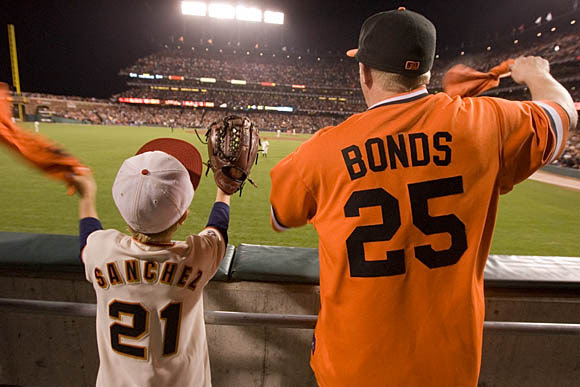 Fans of all generations were waving their orange rally towels, and I camped out in the left-field bleachers were some of the most hardcore Giants fans are. 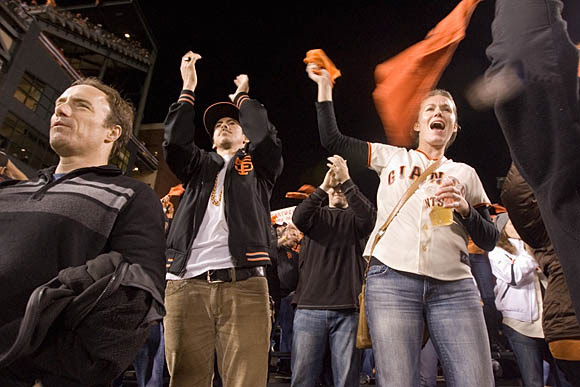 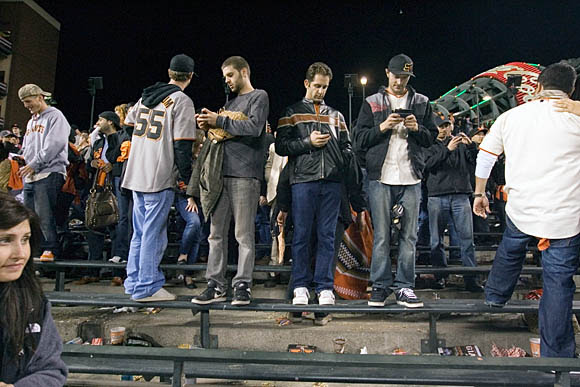 And the fans texted all their friends after the game to tell them about their experiences. A fun night of shooting!!!
Posted by Douglas Zimmerman at 2:15 PM No comments: