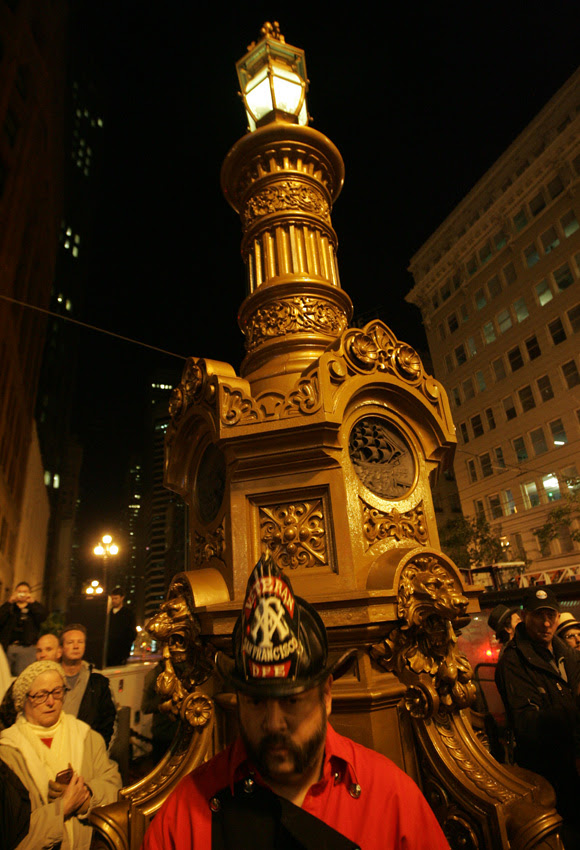 A couple hundred people gathered at Lotta's Fountain at the corner of Market and Kearney on Sunday morning, April 18th at 5:12 am to commemorate the 1906 San Francisco earthquake and fire. The fountain served as a meeting point during after earthquake and fire and each year a ceremony is held at the fountain in remembrance. 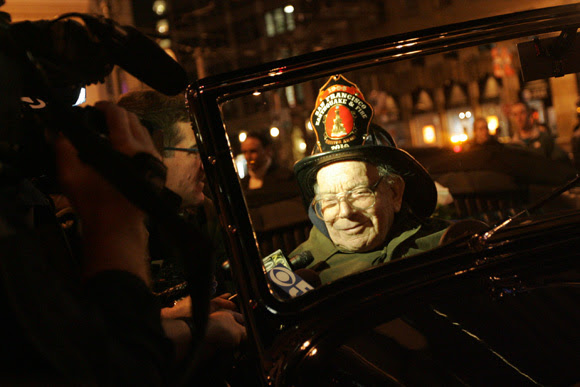 Compared to the thousands that were there on the 100th anniversary (which I also went to) it was a smaller crowd. This year the only survivor present at the annual anniversary gathering was 104-year old William Del Monte. 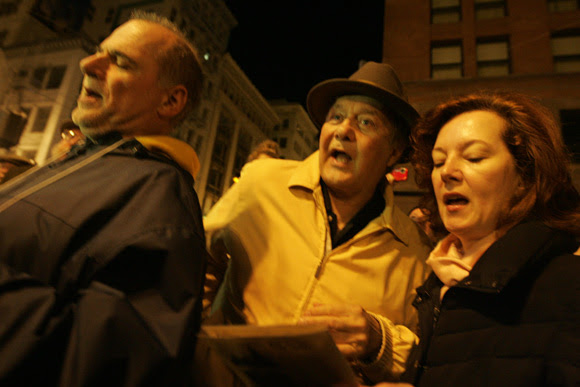 Its a touching event, with people gathered to honor the horrible event that almost destroyed the city completely. At the end, to show their pride in the city, everyone sang a rendition of "San Francisco."
Posted by Douglas Zimmerman at 12:33 PM