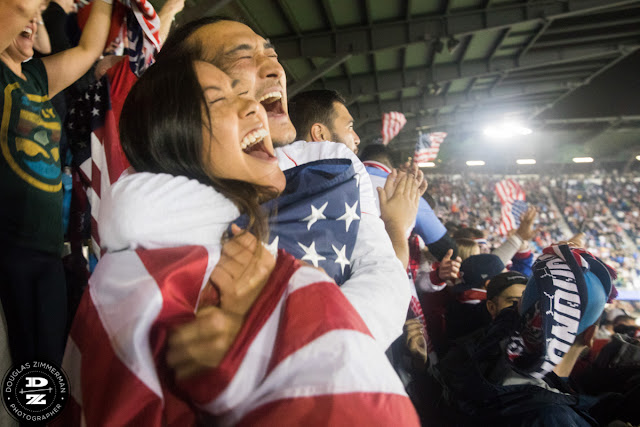 It was a dream night for the USA soccer fans in San Jose at the World Cup Qualifier against Honduras.  After a disastrous start to their World Cup qualifying campaign, the USMNT had to go all out and claim three points. 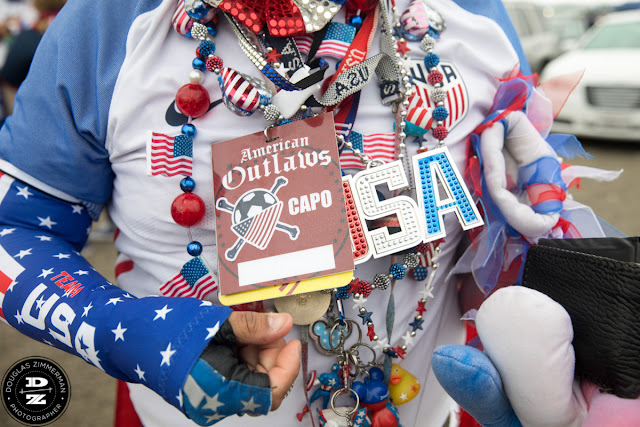 The fans were all decked out at the pre-game American Outlaws tailgate. 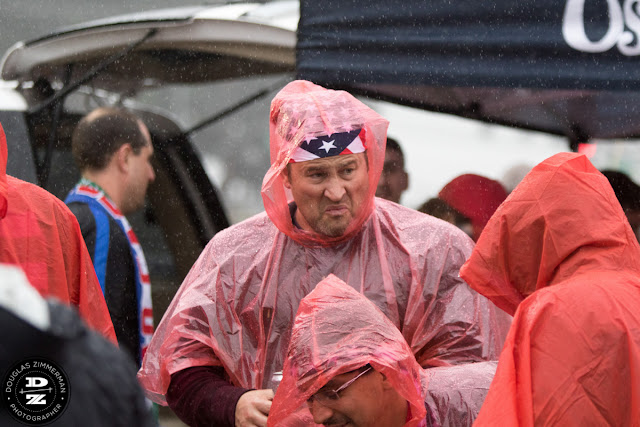 But the rain dampened some of the early celebrations. 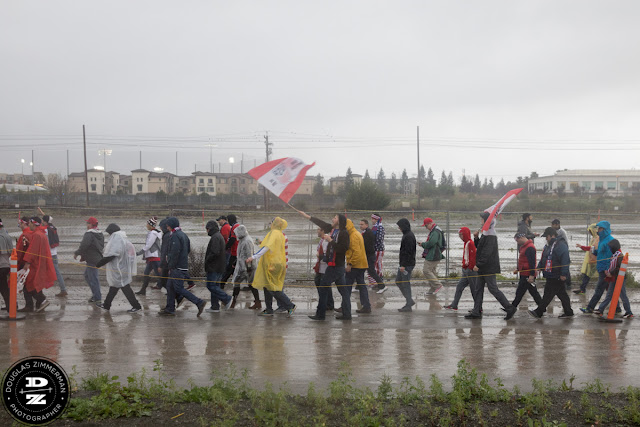 The fans marched into the stadium ready to support the USA. 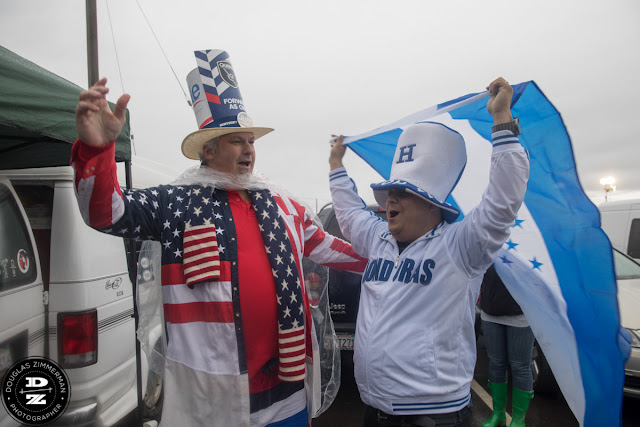 And there was some good natured heckling between the fans of USA and Honduras. 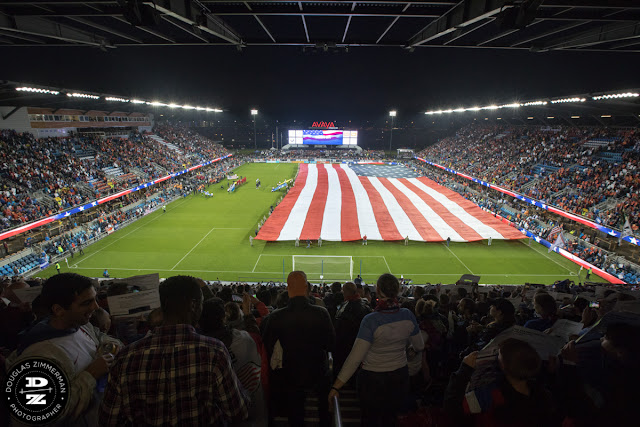 After the national anthem... 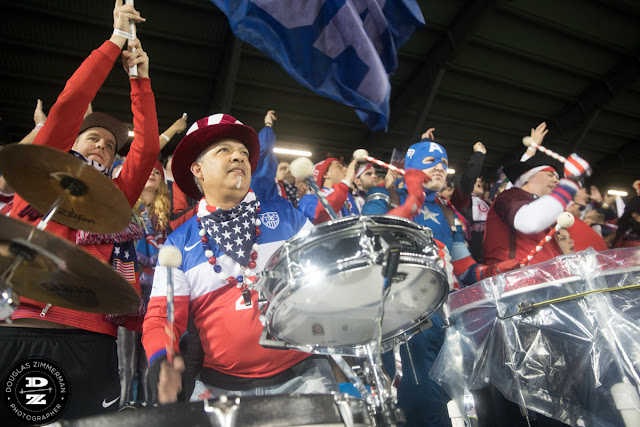 ...The USA fans were ready to bang their drums... 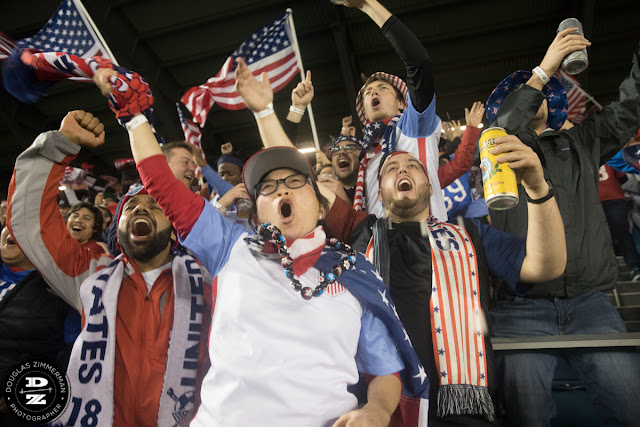 ...and sing and cheer. It was easy too when your team scores two goals in the opening 35 minutes while playing some exciting soccer. 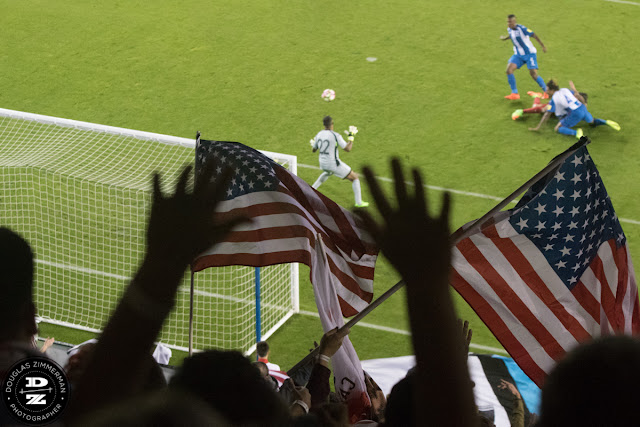 And it was punctuated by a spectacular individual effort by Clint Dempsey for the third goal of the half. 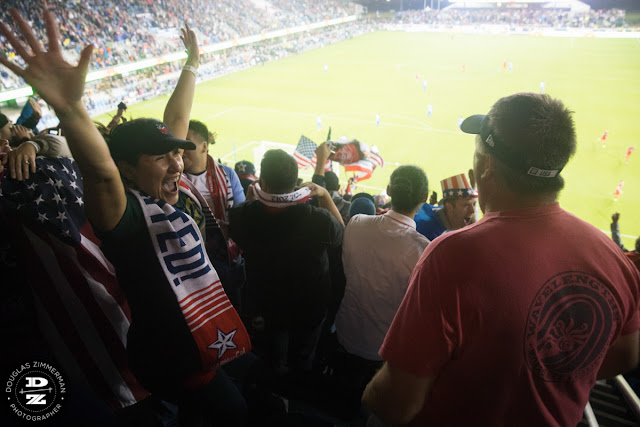 There really were not any words to describe in words the feeling of a USA soccer fan up 3-0 in a must win game better than this picture does. So I won't even try. 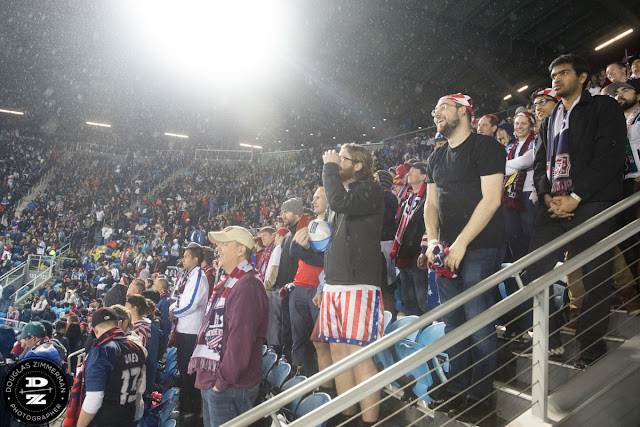 In the second half, the rain continued to come down. 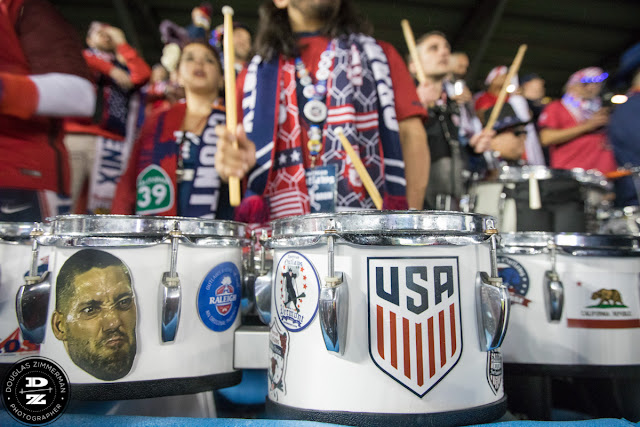 But the USA fans kept on drumming and supporting the national team. 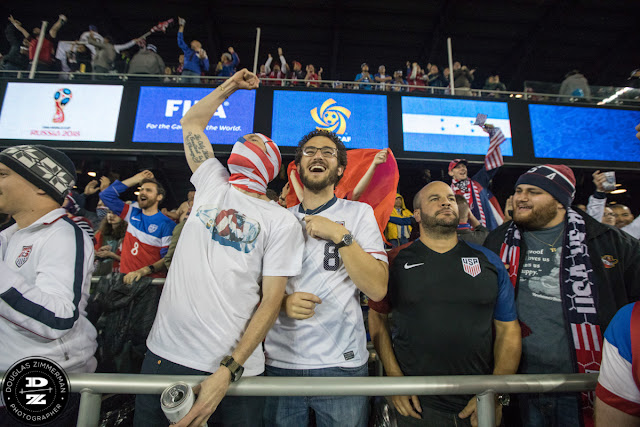 And after three quick goals to start the second half salted away the result... 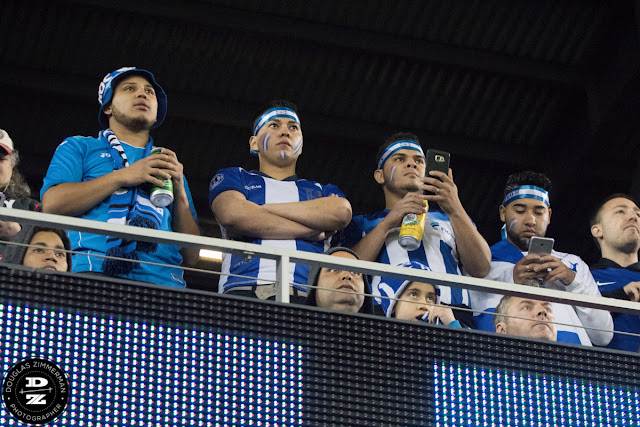 ...the Honduras fans found themselves with little to cheer for. 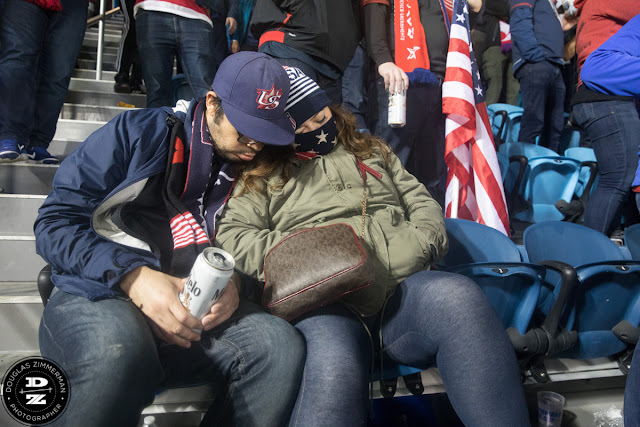 It even turned into a bit of a snooze fest for some of the American fans.

But in the end, the fans held their pride up high. 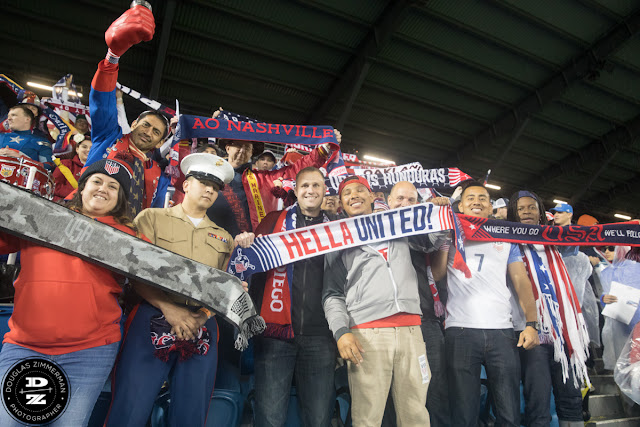 And stood united supporting the national team as they continue their road to the 2018 FIFA World Cup in Russia.
Posted by Douglas Zimmerman at 2:45 PM No comments: