Working for the Marin IJ 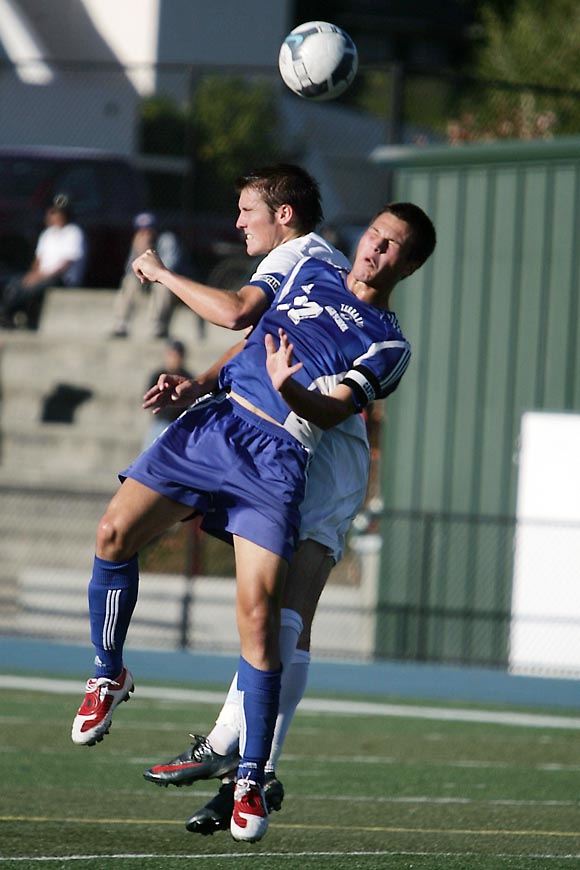 The past few weeks I've had several photography assignments for the Marin Independent-Journal. Marin High Schools are in the middle of the playoff season. 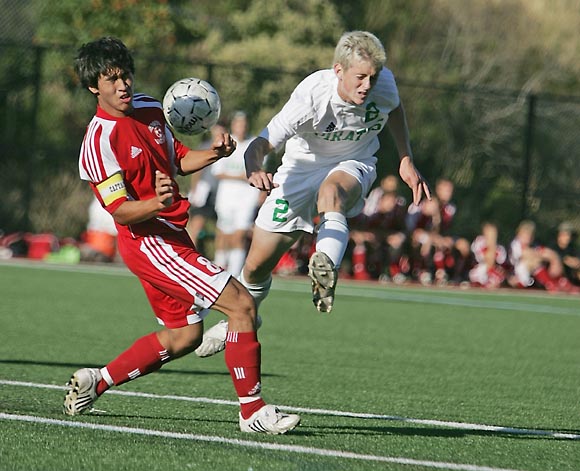 I photographed two soccer games that in the MCAL, one between Marin Catholic and Terra Linda and the other between Drake and Redwood that were both exciting to watch and fun to photograph. 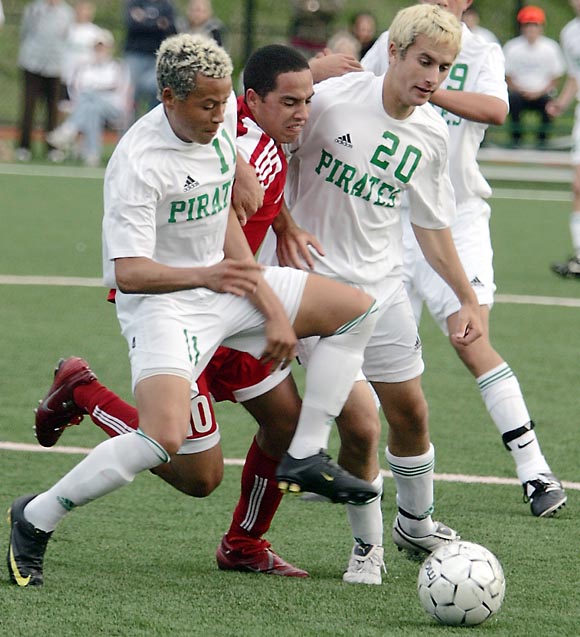 Also I photographed the MCAL water polo playoffs as well and got to check out an intense match between Tamalapais and Terra Linda. 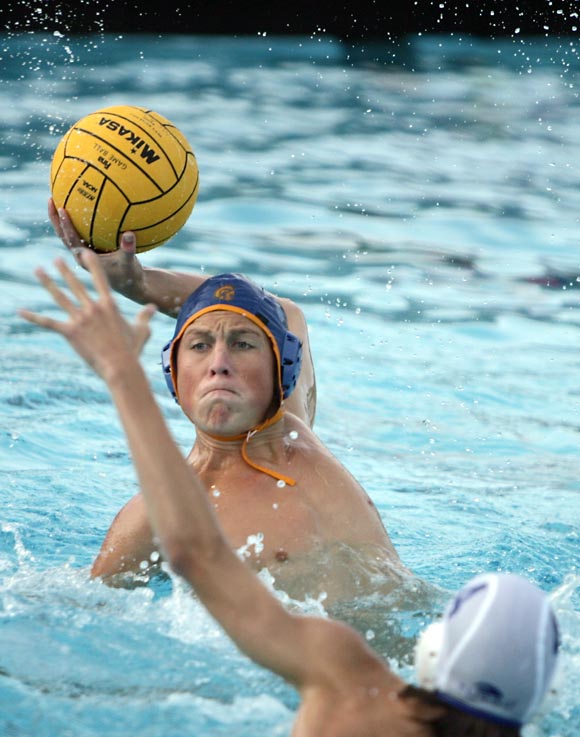 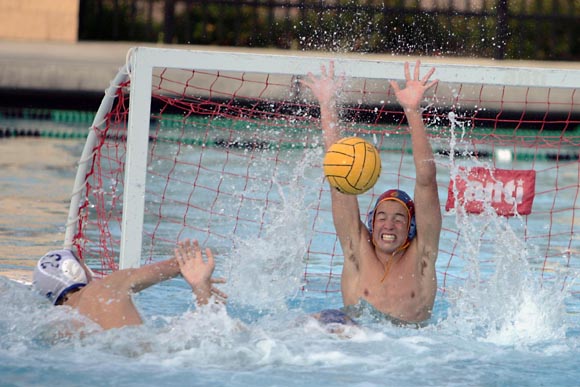 I had a couple of assignments covering the lives of Marin residents. 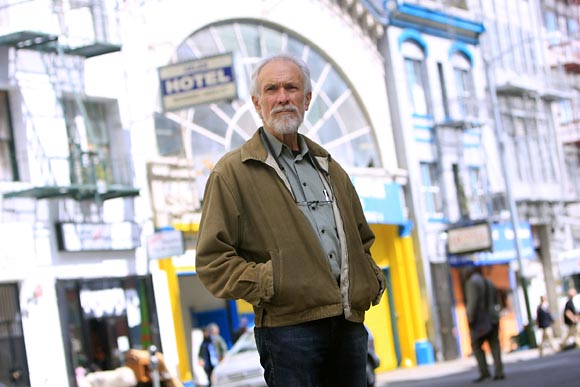 One was of filmmaker Michael Anderson of San Anselmo. He made a movie on the gritty streets of San Francisco's Tenderloin District. His movie, "Tenderloin," was shown at the Mill Valley Film Festival. 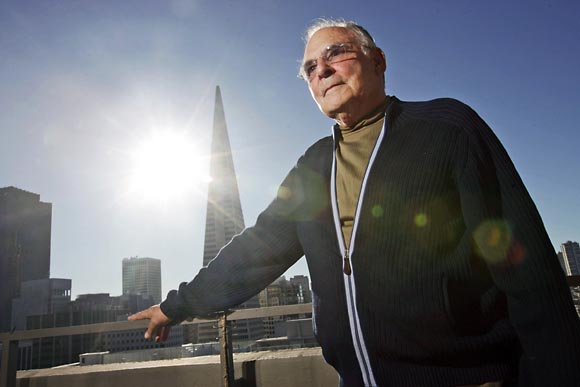 Another assignment had me photograph Dr. Paul Ekman. Ekman is a psychologist who
developed the science behind micro-expressions, the involuntarity physiological movements our faces make that can indicate, for instance, if we are lying. Ekman and his work are the subject of the FOX TV show "Lie To Me." 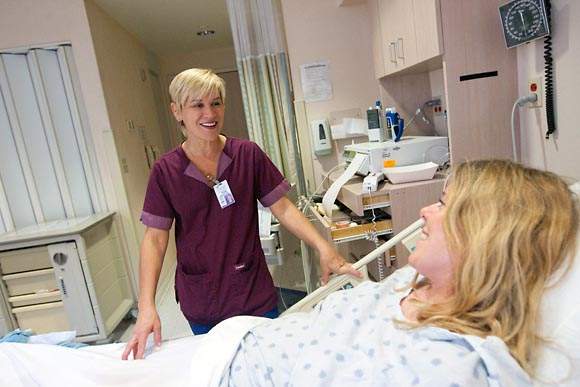 I also photographed San Anselmo's Tori Kropp, a prenatal nurse at the California Pacific Medical Center while working at the hospital in San Francisco. Kropp is author of the recently released book "The Joy Of Pregnancy."
Posted by Douglas Zimmerman at 8:16 PM No comments: 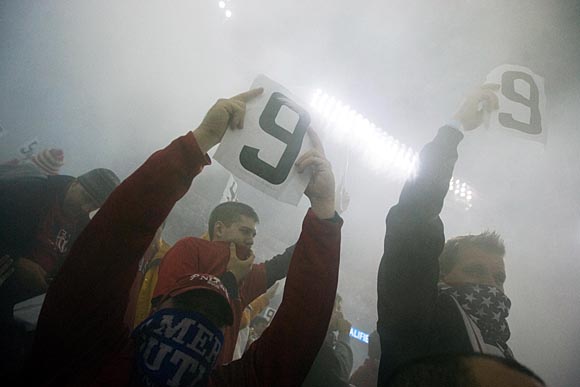 I wasn't sure what to expect really from the final United States Men's National CONCACAF World Cup qualifying game at RFK Stadium. The one possibility I didn't expect was how emotional an event it was for me.
There were several mitigating reasons I suppose: the tragic accident that US forward Charlie Davies was involved in, the fact that after a long two year campaign the USA was heading to the 2010 World Cup and an exhilarating game that had the team down by 2 goals early in the game and a last second equaliser that had the US finish top of the standings.
Before the game I spent a few hours hanging out at Molly Malone's regaling in the story of my friend Andy who made the trip to Honduras. He had an amazing time and was so emotionally spent at the end of the game that he wasn't thinking when he traded his custom-made USA soccer flag shirt that he had worn for every USA game he attended since the 1990 World Cup.
If anyone knows a good tailor that can make a new one for Andy I'd appreciate any tips. 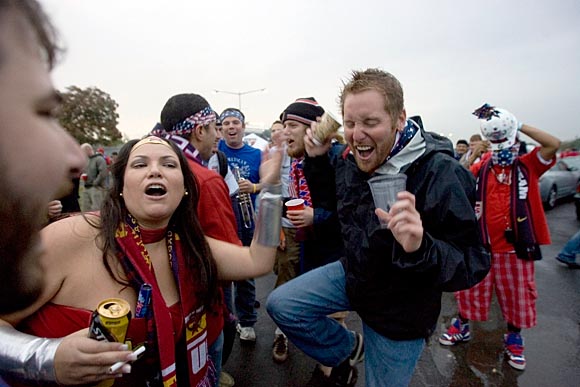 From there I made it to RFK stadium where outside the USA Fans, led by the American Outlaws were having a tailgate and partying up. In a way it was a celebration party. The USA had already achieved its goal: Qualify for the World Cup in South Africa. 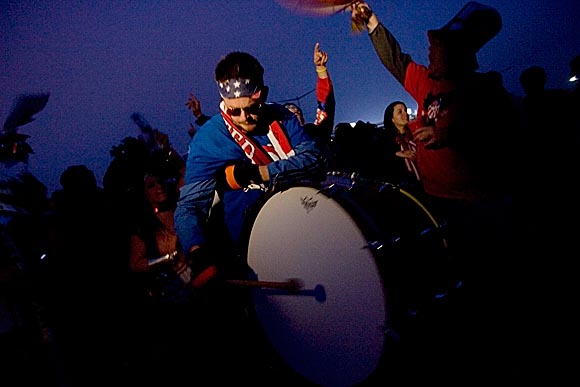 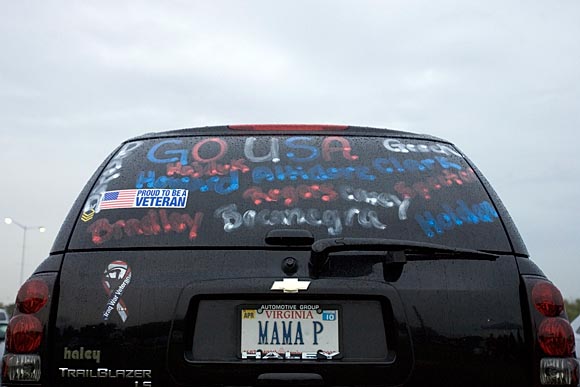 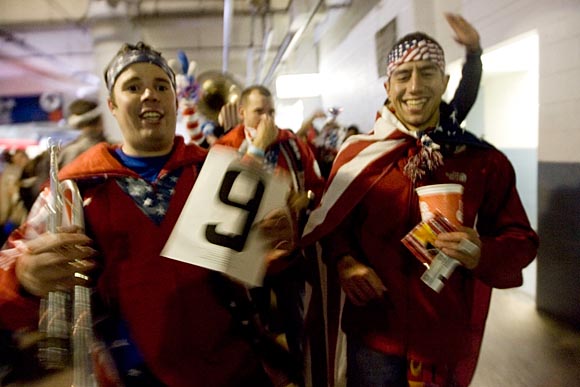 Heading into the stadium the fans were still celebrating. 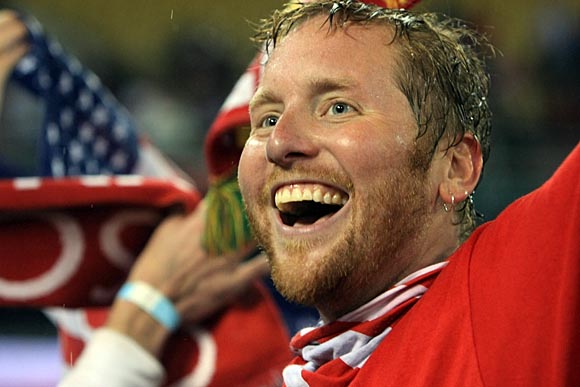 Despite a steady downpour everyone was in high spirits and ready for the game to commence. 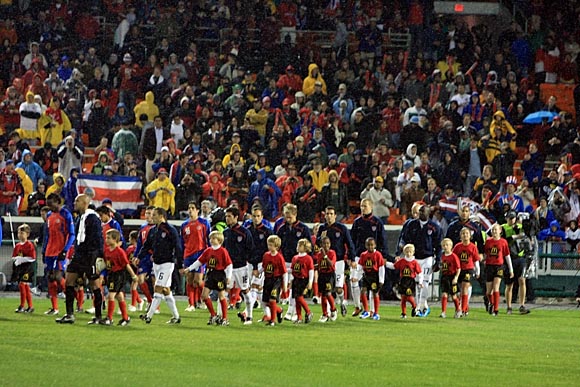 But as the USA men's team walked out onto the field... 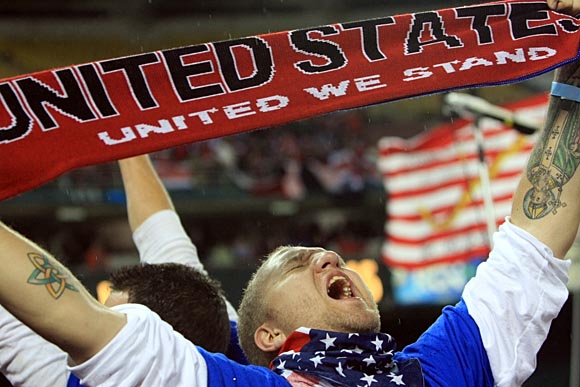 And the supporters sang the national anthem, the festive atmosphere was tempered by the tragedy of the Charlie Davies accident. 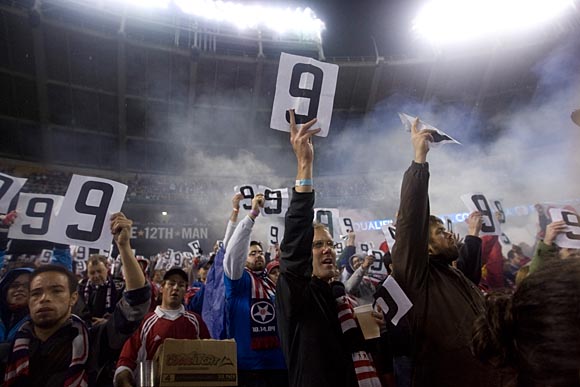 As a sign of respect and support the USA fans held up signs for Davies during the 9th minute of the game. With smoke bombs going off all around I felt it was a slightly unsettled atmosphere, commingled with tragedy and celebration. 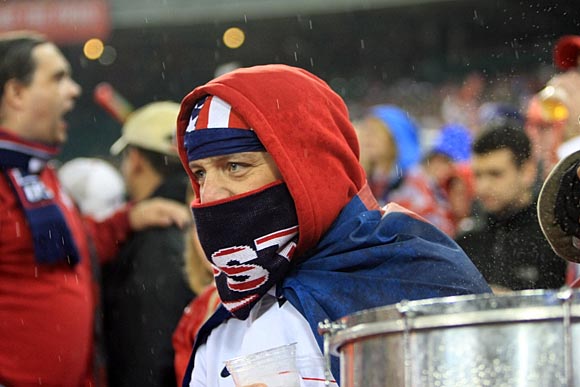 And also the fact that I think the USA team was not ready mentally to start the game. There was a defensive breakdown. Costa Rica took advantage to take a quick one goal lead. 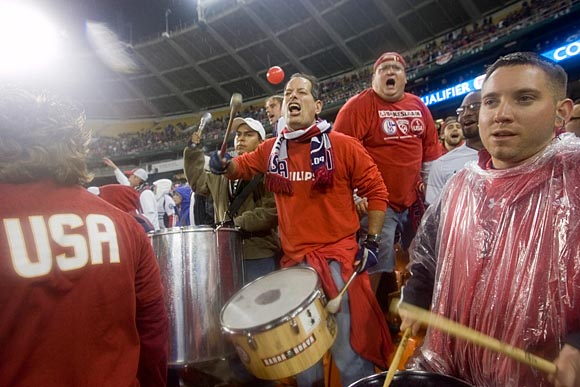 To the credit of the DC fans, they only stopped drumming and cheering for a moment, before they started up again full force. 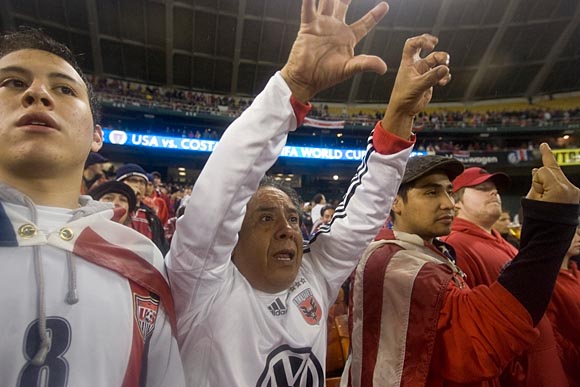 But Costa Rica scored a quick second goal and the jeering between the two fans was in full force. The USA squandered several golden chances before the half and Costa Rica stood firmly in charge of the game. 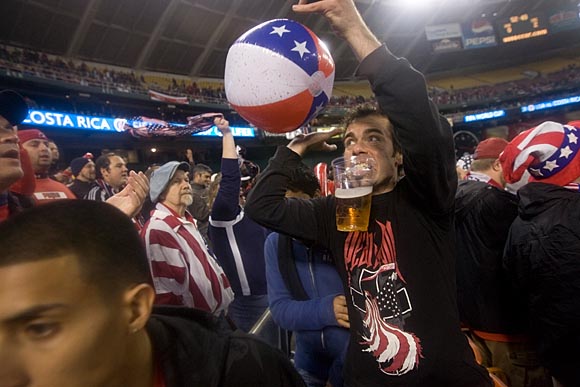 Now this takes a lot of skill....props!
At the half I text my brother "Glad this game means nothing." He called me up and told me that Mexico was down at the half against Trinidad and Tobago and Honduras was up against El Salvador. This game actually did mean a lot. The USA could still finish first in the group and if they could tie it up Honduras would be going to the World Cup, not Costa Rica. 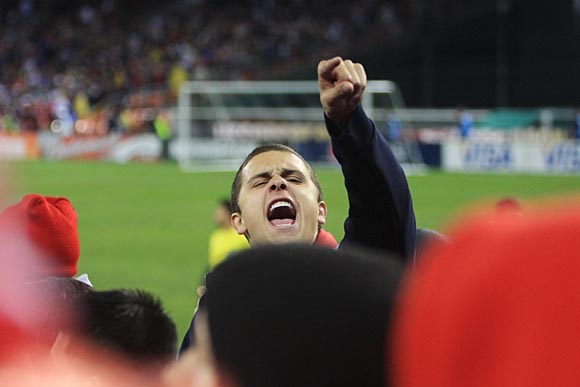 In the second half the USA team and fans were fired up... 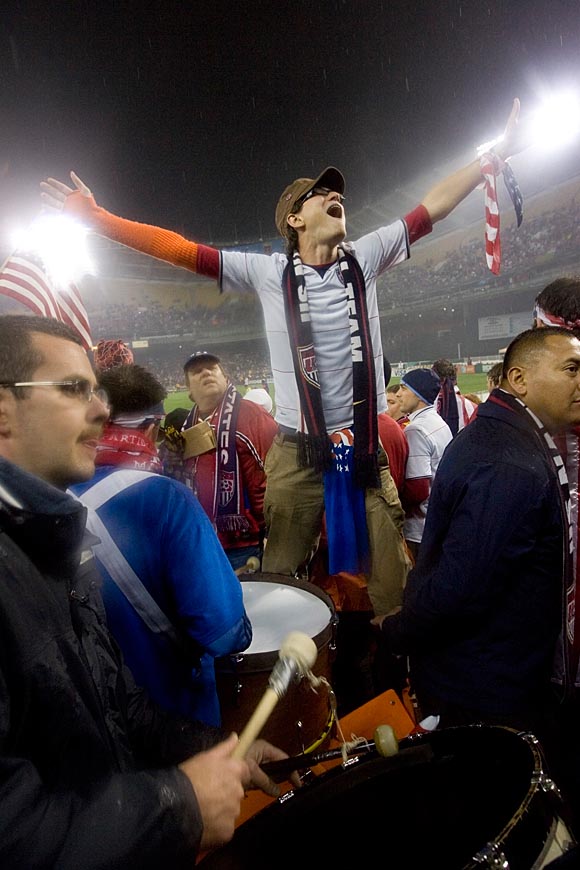 The cheers were loud and non-stop. I love USMNT games at RFK stadium. It is the true national team stadium for the USA. There is no place in the country that turns out a better support for the team than DC. Nowhere. 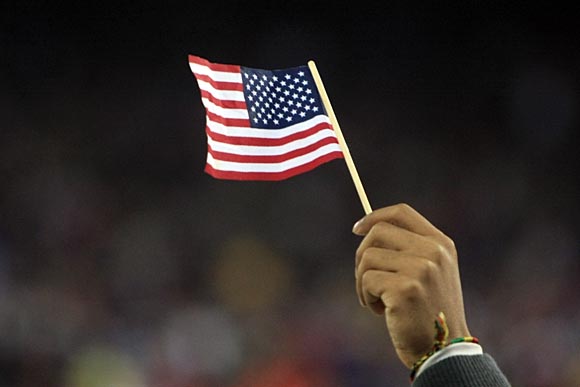 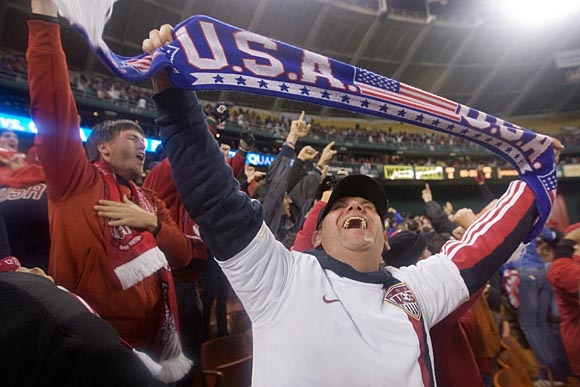 And the fans were rewarded! After a first goal, Jonathan Bornstein got a second goal in the last moments of the game sending the USA fans into delirium!! It was an unreal atmosphere. It was a final hurrah to a trying and testing campaign for the USA that led to them finishing on top of the group. Mexico tied T&T so the USA won the group and Honduras defeated El Salvador to book their own ticket into the World Cup. 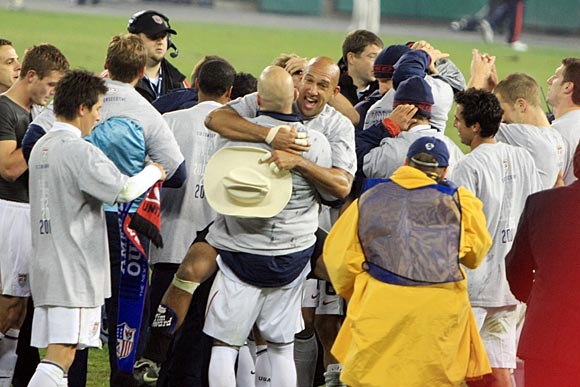 The players were just as excited as the fans (probably even more so, after all they did all the hard work)... 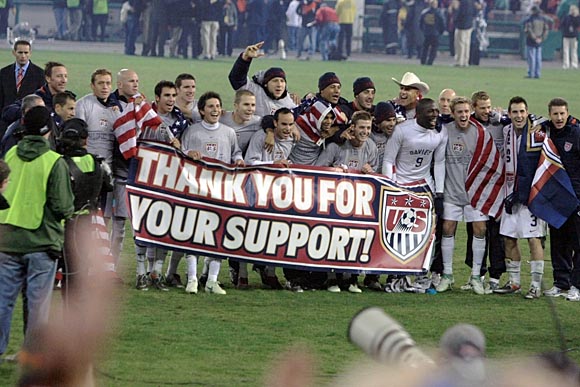 and the team presented a banner to thank all the fans for their support during the Qualifying campaign.
At the end of the game my brother text me: "And u thought this game meant nothing?"
He was so right.
Its been a crazy two years. This trip has taken me all over the place. To Caribbean nations, Guatemala, Costa Rica, Mexico, and to all corners of the USA and now the trip was over. I guess I didn't realize how emotional a day it was for me. All the hope, all the worry, all the highlights and moments of despair. They were all over. Its been an amazing ride. I think the two following signs say everything I would want to sum up this post: 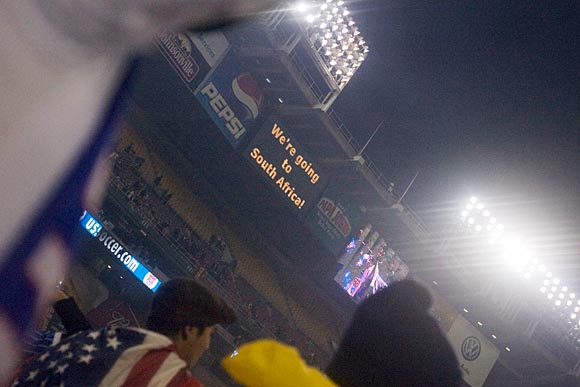 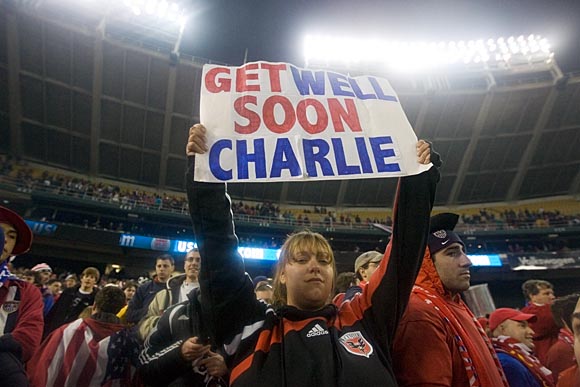 Posted by Douglas Zimmerman at 6:50 AM 5 comments: