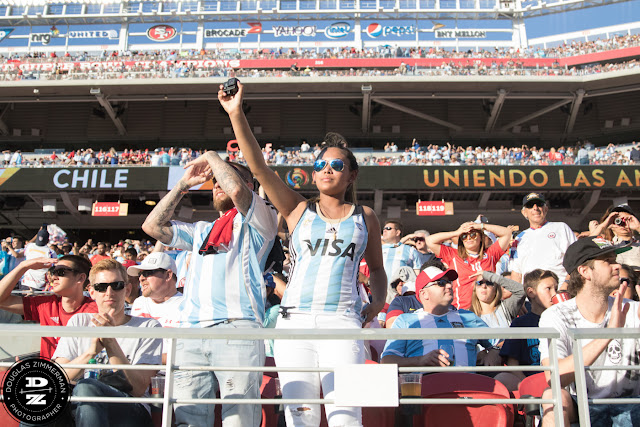 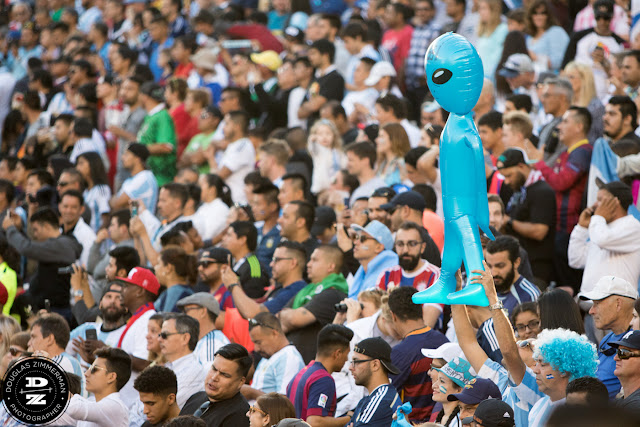 It was a great atmosphere, even for fans visiting from other parts of the galaxy. 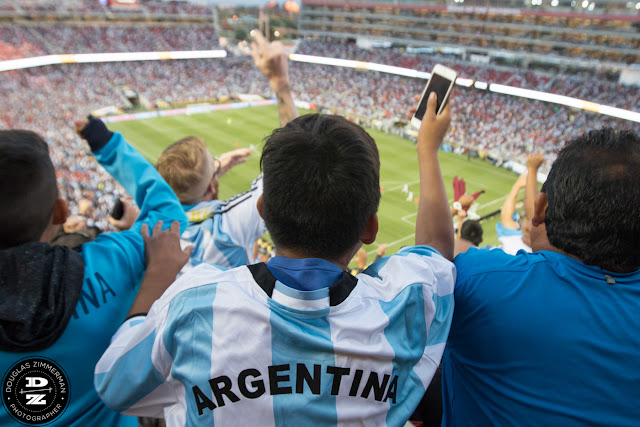 After an incredibly tense first half full of beautiful soccer, Argentina scored two goals early in the second half to open up a lead. 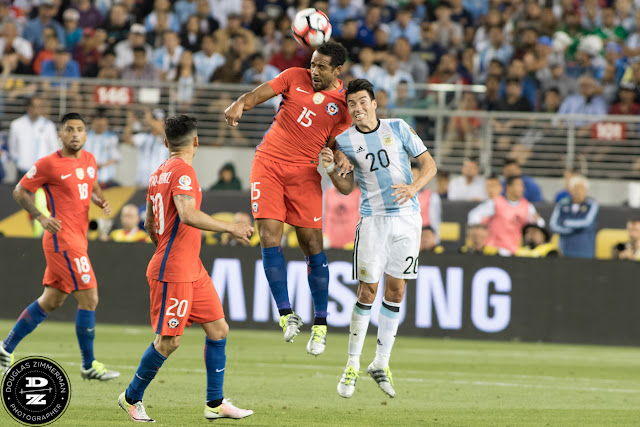 Chile scored a late goal, but it was not enough to get a result. 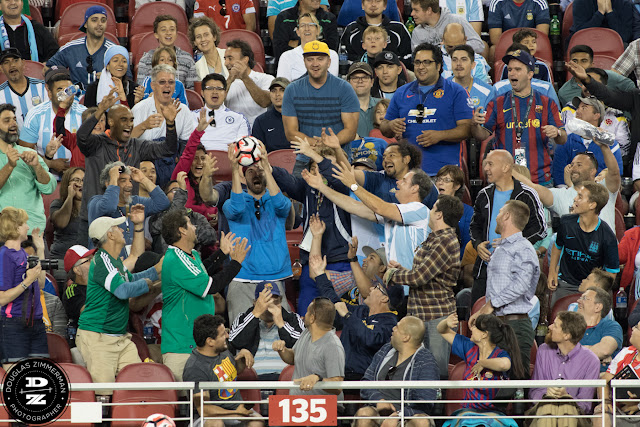 One of the most interesting aspects of the game was watching a fan catch a soccer ball hit of bounds and not returning it.  I wrote a blog post about it on SFGate. 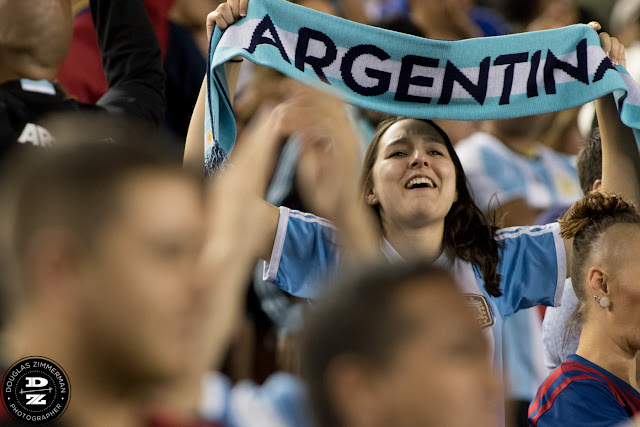 Argentina fans were excited by the result. They won without their best player, Lionel Messi, playing. 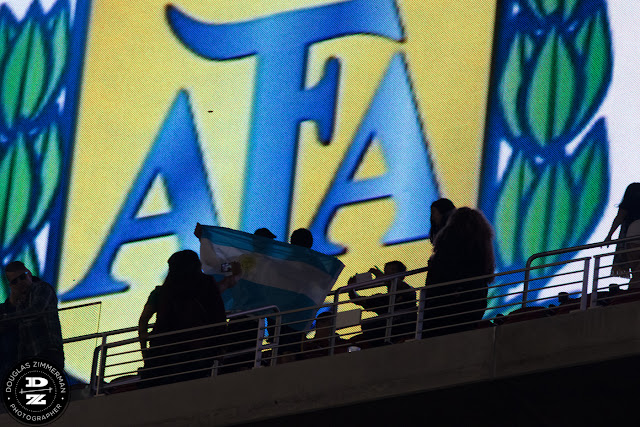 It looks like Argentina is the team to beat this Copa America Centenario.
Posted by Douglas Zimmerman at 12:34 PM