USA vs. Brazil, A.K.A. Thanks USA for a fun World Cup! 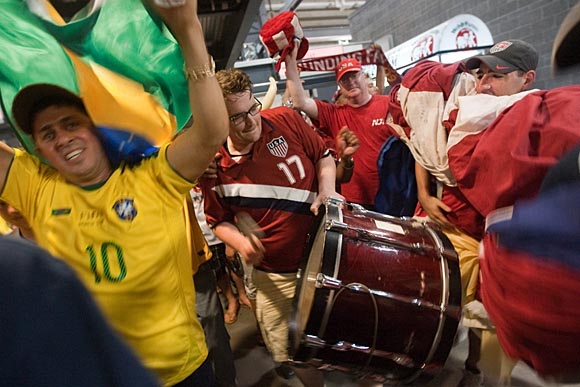 Suffering from World Cup withdrawal, the USA vs. Brazil game at the New Meadowlands Stadium was the perfect elixir to deal with the blues and for the fans to get their cheer on. 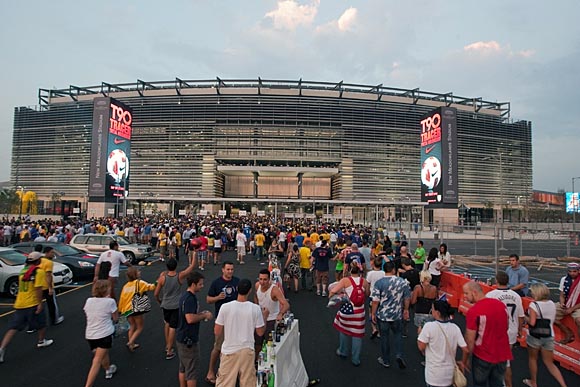 The New Meadowlands Stadium is rather impressive looking from from the outside.

And a lot of fans enjoyed the view while drinking a cool brewskie on a hot muggy summer day. 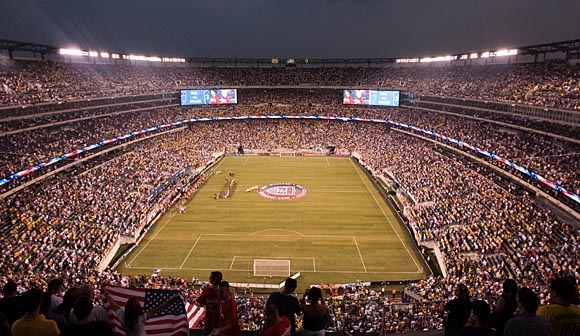 Inside from the top rows of the New Meadowlands Stadium it was an impressive site, seeing so many fans there for the friendly match. Over 77,000 viewed the action on the pitch. 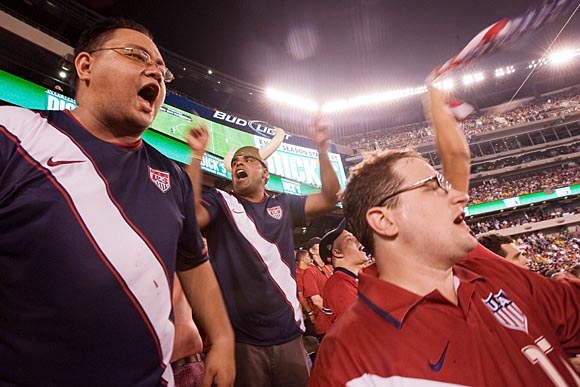 The New York fans were there to cheer on the team... 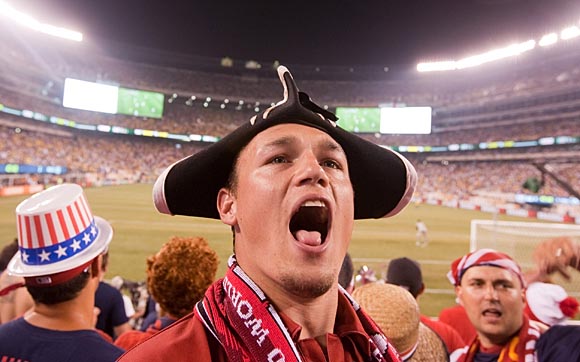 And it was a large, loud, supporters section for the game. 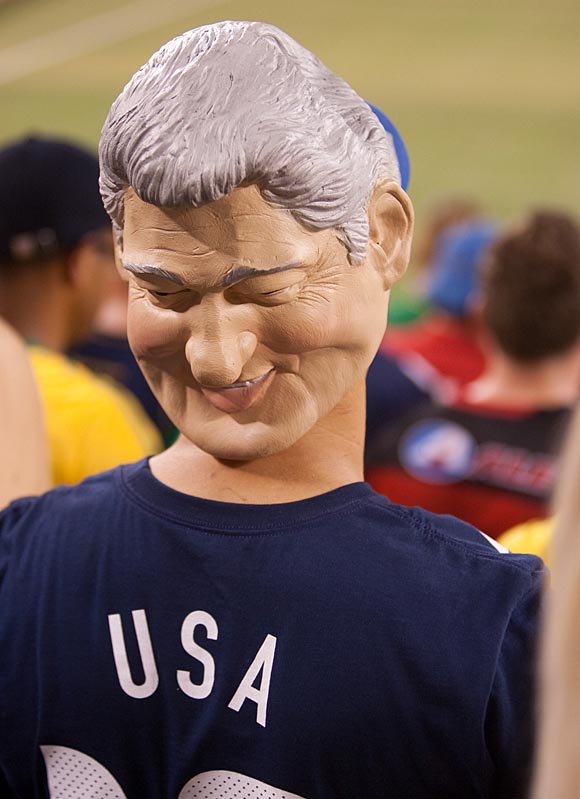 Even Bill Clinton, the newest soccer fan in the USA made a guest appearance. 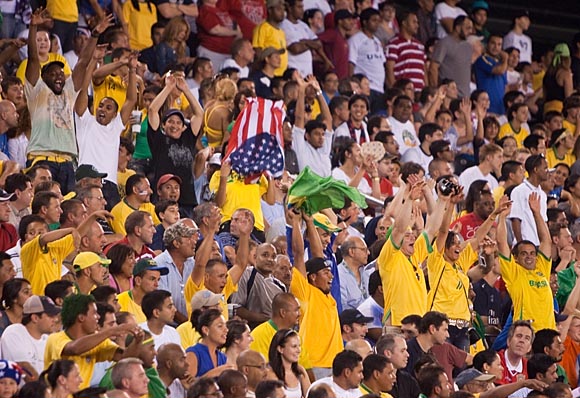 But the Brazilians out classed the USA on the field. So much so that the relaxed Brazilian fans (or fans wearing Brazilian shirts) decided to start a wave during the second half. 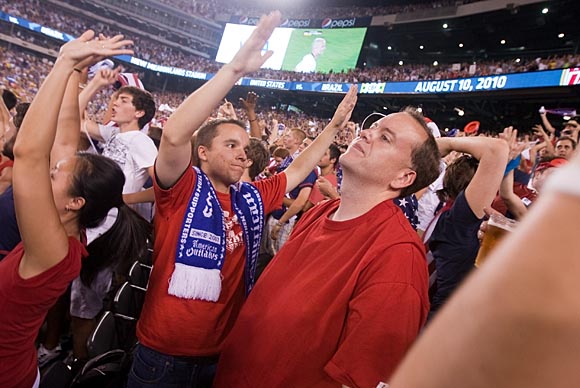 Michael Bradley came the closest to scoring a header for the USA in the second half, but was ruled offsides. 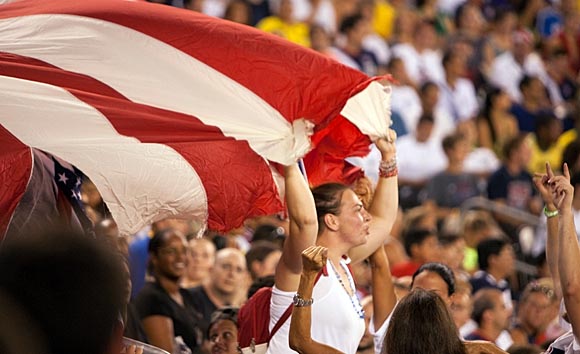 And the USA fans waved their flags and cheered throughout the second half. 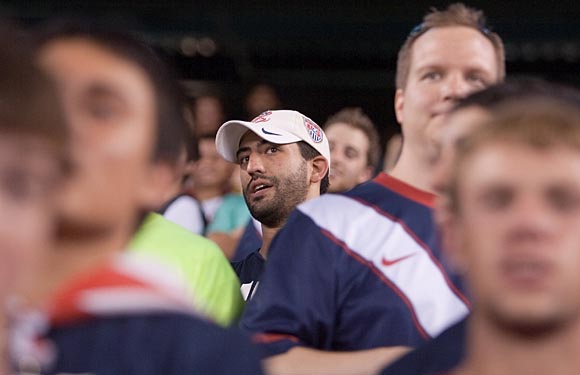 But in the end it was a disappointing result for the fans. 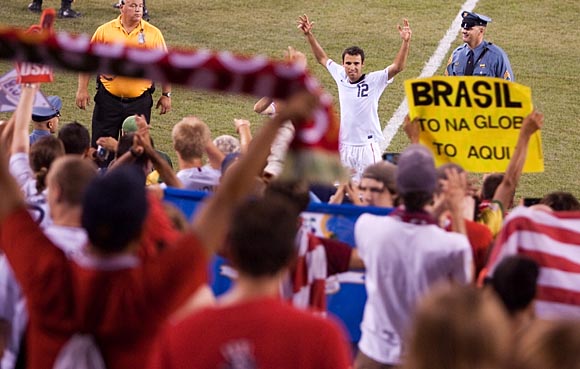 They still cheered the players off the pitch. 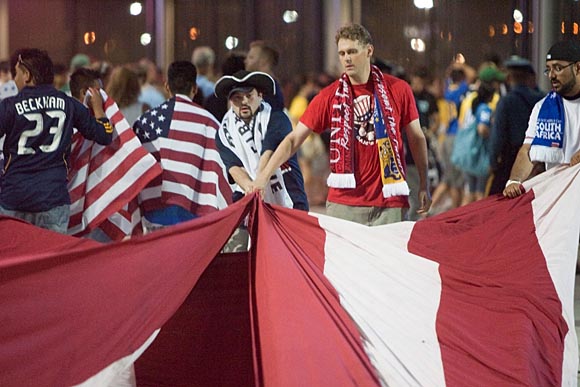 And proceeded to carry the large American flag outside the stadium they had hoped to wave several times during the game after some goals, but never got a chance. 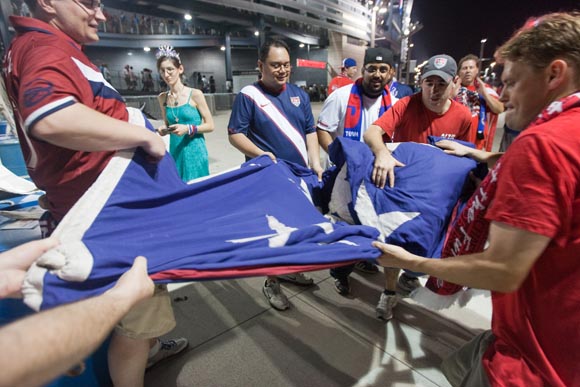 And when they finished folding the largest USA flag around... 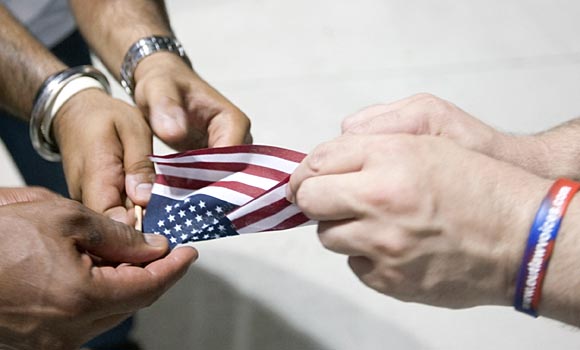 They worked on folding the smallest USA flag around.

So all in all it was a not a great night for the US fans but it was a chance to see the World Cup squad one more time and thank them for a fun ride this summer. It will be nice to have a few months to remember the Cup, and then its the start of the long road to Brazil for the 2014 World Cup. I'm looking forward to it.
Posted by Douglas Zimmerman at 8:54 AM No comments: